Poor infrastructure is key obstacle to development in Africa | Environment | All topics from climate change to conservation | DW | 26.07.2011

Africa's poor infrastructure is slowing its economic development, says a recent UN report. Foreign investment, however, is helping fill in some of the gaps. 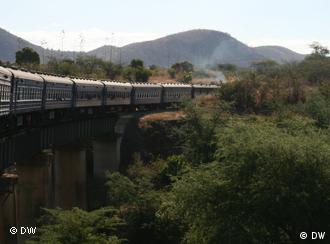 African countries need to promote industrial development to spur economic progress and reduce poverty, according to a recent report by the United Nations Conference on Trade and Development (UNCTAD).

That is largely due to poor transport, communications and energy infrastructures, says UNCTAD's latest Economic Development in Africa Report.

The poor state of Africa's infrastructure becomes obvious when traveling 1,800 kilometers (1,118 miles) by train from Dar-es-Salaam in Tanzania to Kapiri Mposhi in Zambia. Disused wagons are a common sight and the train makes several unexplained stops. 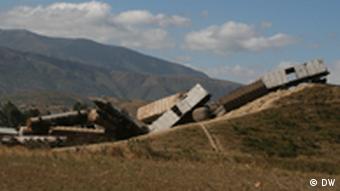 Disused and abandoned train wagons are often seen along the route

Tanzania-Zambia Railways (Tazara), one of the region's biggest post-independence infrastructure projects, is still plagued by derailments and breakdowns after almost four decades in operation.

Less than two percent of the rail line's cargo capacity is being used, according to a Tazara regional director who spoke to the Zambian daily Lusaka Times. Heavy goods have to be transported by other, more expensive means.

Still, transport infrastructure is not even the region's biggest problem, keeping the lights on is.

"The majority of countries in sub-Saharan Africa still experience regular power-outages, which of course contribute to a low productivity of many firms," said German Development Cooperation economist Matthias Grossmann.

Power is Africa's biggest infrastructure weak point, with as many as 30 countries facing regular power outages, according to a 2010 report by the World Bank and France's development agency. 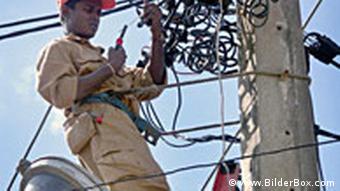 Unstable power supplies are often an impediment for African businesses

Experts estimate electricity produced by diesel can cost twice as much as energy from coal or hydropower-based power systems.

High energy costs combined with other infrastructure deficits, such as rail and road problems, have lowered productivity rates at African companies by as much as 40 percent, according to UN estimates.

"It is an entry barrier for others because you know that you face these huge infrastructure barriers," Schleuniger told Deutsche Welle.

Last year, foreign direct investment to Africa fell by nine percent from 2009 to $55 billion, according to UNCTAD.

Foreigners to the rescue

Despite the rather disappointing figures, there are some positive signs, such as the first toll road in sub-Saharan Africa which opened earlier this year, funded by the African Development Bank and Standard Bank.

"For me it was a very important sign that projects like this can be realized," Schleuniger said. 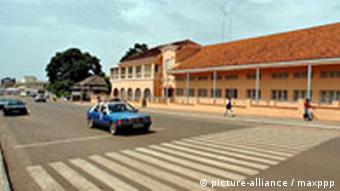 Better roads, possibly supported by tolls, could be a move in the right direction

South Sudan's first power plant, which was funded by the United States Aid for International Development (USAID) was inaugurated in February. Meanwhile, the German Development Cooperation has focused on renewable energy projects.

It has helped install solar energy systems at 70 remote public health centers in Ethiopia and supported the distribution of renewable energy technologies in Uganda.

However, China is the biggest financer of infrastructure projects in Africa, according to the World Bank.

Earlier this year, the Chinese government gave a soft loan to the Tanzania-Zambia Railways Authority for locomotives and wagons. As of 2010, it was investing in energy projects in Zambia, Ethiopia, Nigeria, and five other countries, according to Standard Bank.

As the German government considers extra aid for drought and famine stricken countries on the Horn of Africa, an aid group has said Germany has a track record of giving less to Africa than to other continents. (22.07.2011)

Africa struggles with a tug-of-war over natural resources

Business and development are two competing concerns as German Chancellor Angela Merkel visits Africa. The continent's problems are legion, but there are also good reasons for hope. (12.07.2011)

Africa suffers from its weak infrastructure