US Secretary of State Mike Pompeo is making surprise visits to Saudi Arabia and the UAE to ensure that they are "strategically aligned" on Iran. The trips come amid escalating tensions after Iran shot down a US drone. 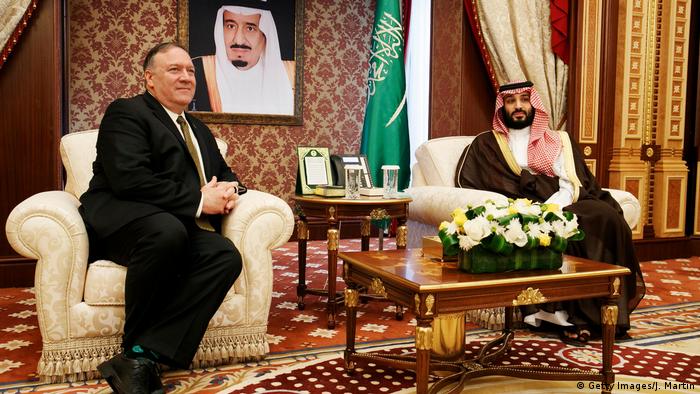 US Secretary of State Mike Pompeo held talks with Saudi leaders in Jeddah on Monday amid heightened tensions with regional foe, Iran, following Tehran's downing of an American drone.

The top US diplomat said on Twitter that he discussed "heightened tensions in the region and the need to promote maritime security in the Strait of Hormuz" — a key oil shipping route — with Saudi King Salman.

Last week, Pompeo said Washington believed Tehran was to blame for attacks on two oil tankers in the Strait of Hormuz. Iran rejected the US claims.

Pompeo also held a working lunch with Crown Prince Mohammed bin Salman. He will later fly on for talks in the United Arab Emirates. 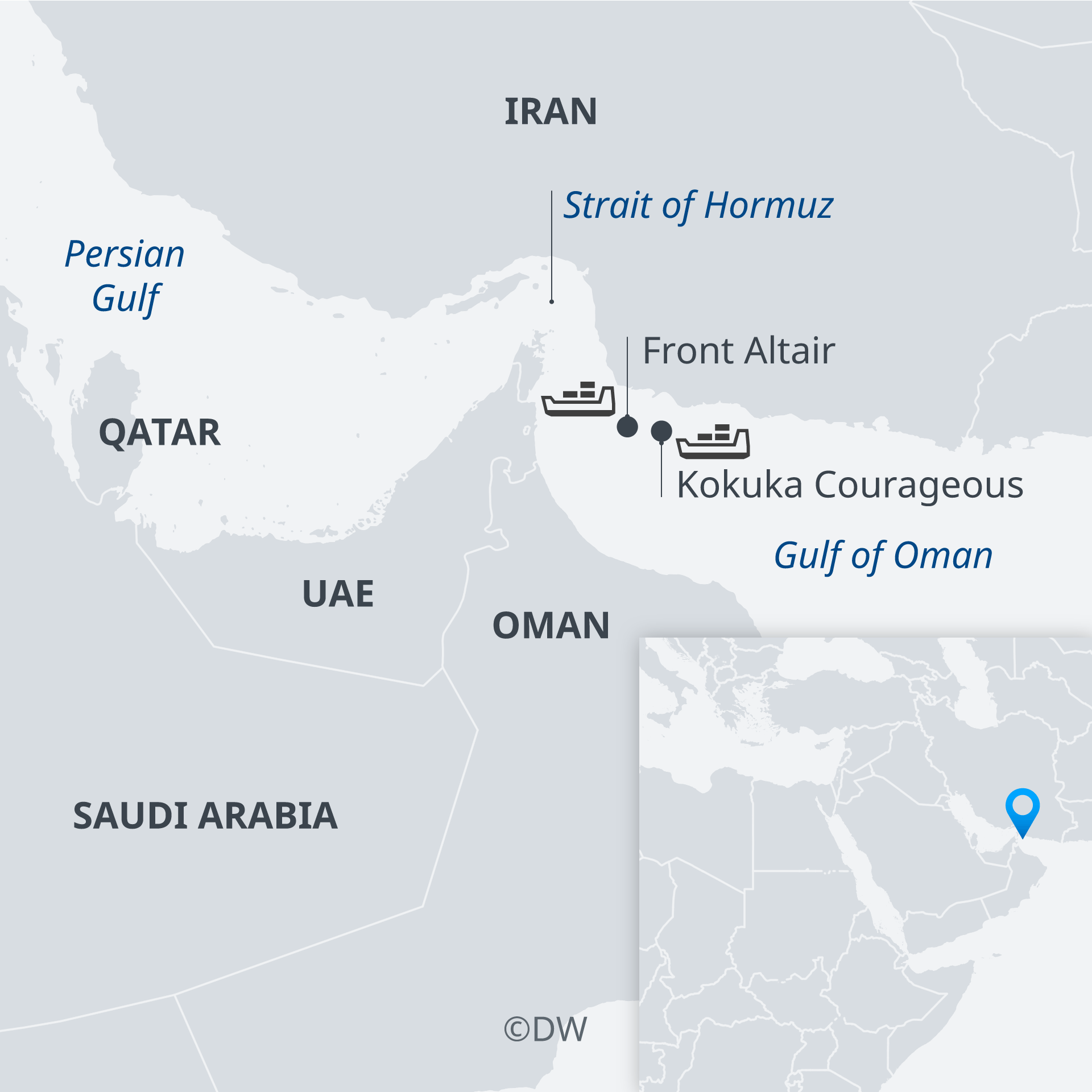 The tankers, Front Altair and Kokuka Courageous, were attacked while sailing near Iran's coast

US prepared to negotiate

Pompeo echoed earlier comments by US President Donald Trump, saying the US was prepared to negotiate with Iran — but only with no preconditions on Tehran's side — in an attempt to ease tensions.

Tensions between Iran and the US have been escalating since Trump withdrew the US from a global nuclear deal with Iran in 2018 and began pressuring the country with economic sanctions.

US officials have said that Washington would impose further "significant" sanctions on Iran on Monday.

Iran dismissed the impact of any new US sanctions, saying they were "just propaganda, as all sanctions ... have been imposed and there are no more sanctions left," state-run news agency IRIB quoted Foreign Ministry spokesman Abbas Mousavi as saying.

Maritime security firms have seen demand soar following the attacks on oil tankers on June 13. But defending ships from allegedly involved state-backed forces such as Iran's Revolutionary Guard may not be easy. (24.06.2019)