Polish WWII Leader to be Exhumed in Murder Probe | Europe | News and current affairs from around the continent | DW | 25.11.2008

Polish WWII Leader to be Exhumed in Murder Probe

The remains of General Wladyslaw Sikorski, the leader of Poland’s government-in-exile during the Second World War, were to be exhumed to determine whether his death in 1943 was the result of foul play. 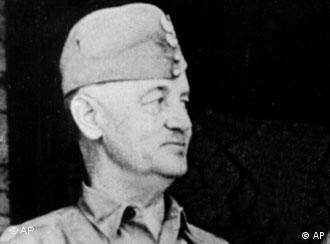 The leader of Poland's government-in-exile during World War II, Sikorski, died in July 1943 in a British Royal Air Force plane, which crashed into the sea off Gibraltar just seconds after take-off, killing everyone on board except the Czech pilot.

Sikorski was buried in England and then exhumed in 1993 in order for his remains to be transferred to Krakow.

An official British investigation into the crash at the time concluded it was an accident caused by a technical malfunction. But speculation and conspiracy theories have simmered ever since. 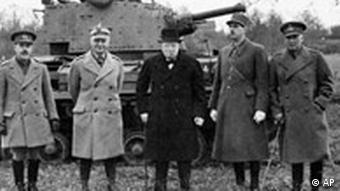 Sikorski, second from left, is seen here in 1941 with Winston Churchill, center, and Charles De Gaulle, fourth from left

Janusz Kurtyka, head of Poland's Institute of National Remembrance, said that the exhumation was to take place this Tuesday, Nov. 25, in a crypt in Krakow, reported news agency AFP. "The aim is to end the speculation of the past 65 years," he said.

The IPN, which investigates crimes from both the communist era and Nazi Germany's World War II occupation of Poland, began its probe into Sikorski's death in September, saying it bore the hallmarks of a "criminal act." Now Polish prosecutors want to find out for sure by exhuming his body for forensic investigation.

"We may, perhaps, be able to find clues as to whether it was an accident or, on the contrary, that it was an assassination," Kurtyka said.

Sikorski's death robbed the government-in-exile of authority, and conspiracy theorists say his demise made it easier for London and Washington to recognize the Soviet seizure of pre-war Polish territory.

Polish researcher Marek Lasota from the IPN said he and his colleagues "were considering it a communist crime but we don't blame the Russians," as quoted by Russia Today's Web site. Adding that the aim was “to verify all doubts about the case and our investigators will hopefully be able to clear up the circumstances surrounding the death”.

The Soviet Union barred any investigation in Poland, and historians have only recently been given access to previously secret files. Polish prosecutors say these have given them enough new evidence to investigate if their country's wartime leader was murdered. 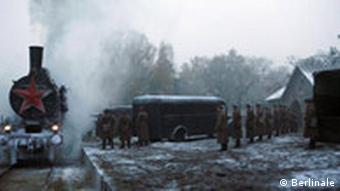 The crash came shortly after Soviet leader Joseph Stalin broke diplomatic ties with the wartime Polish government-in-exile, following Sikorski's demands for an investigation into the Katyn Forest massacre. This was the murder of thousands of Polish citizens and officers, later proven to have been carried out by Soviet forces.

Conspiracy theorists argue that Stalin wanted Sikorski dead because he was too strong a leader and a hindrance to the Soviet leader's relations with his new western allies.

The case is full of question marks and intrigue, and is compounded by the fact that many British documents relating to the crash remain classified and under wraps. Their "top secret" status in London has sparked some suspicion that the British themselves could have orchestrated the murder.

Expert: He was an obstacle, not a victim

But historian and Polish Member of the European Parliament, Professor Wojciech Roszkowski told Russia Today that he doesn't believe it's "likely" that Sikorski was murdered.

"He was in the way and an obstacle -- mostly for the Soviets but also for the Americans and the Brits -- but I don't think they would really kill him."

A controversial plan to bury German World War II soldiers in the Czech town of Cheb is now becoming a reality. (12.11.2008)

The remains of a crew member on a Halifax bomber were recently found at the crash site in southeast Berlin. Flight engineer John Bremner will be laid to rest in Berlin later this month. (12.10.2008)

The Institute of National Remembrance was established by the Polish parliament in 1998 to preserve the memory of the losses which were suffered by the Polish nation as a result of World War II and the post-war period.