Just weeks before Poland joins the visa-free Schengen area, DW-WORLD.DE spoke with a spokesman of the Polish border patrol about the disappearance of Europe's internal borders -- and German concerns. 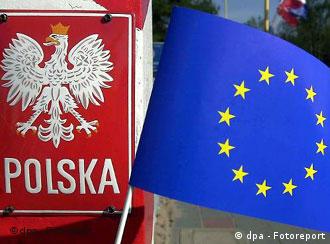 On Dec. 21, nine of the states that joined the EU in 2004 -- including Poland -- will become part of the Schengen Agreement. That means visa-free travel for tourists and businesspeople within the expanded area. The disappearance of internal EU frontiers also results in a revised mandate for the border police in the affected countries.

While they will continue to combat smuggling and illegal immigration, the border police will work in mobile units within their respective countries instead of on the actual border. The Polish border patrol has said it will also be responsible for fighting drug trade and preventing cultural relics from being illegally removed from the country.

Members of Germany's Federal Police, which is in charge of guarding the borders, held demonstrations last weekend near the Polish border to protest the move, saying it was premature. They have criticized the security situation in Poland, which shares a 460-kilometer (286-mile) border with Germany, but have also expressed uncertainty over the future of their jobs. 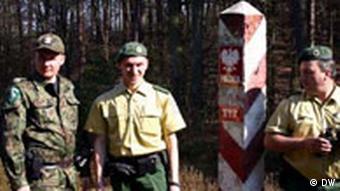 German and Polish border police have been working together for years

Jacek Sonta, public communications director for the Polish border patrol, told DW-WORLD.DE what will change with his country's admission to the Schengen area.

DW-WORLD.DE: What do you think about the worries of the German border police regarding Poland's entry into the Schengen area?

It's difficult for me to comment on the fears of the German police officers regarding our country's accession to the Schengen area. However, I can assure you that the border patrol cooperation between Poland and German is great. Proof of that is also the opening of a new joint institution in Swiecko [a town on the German-Polish border] on Dec. 17.

How has the Polish border patrol prepared itself for the disappearance of the internal borders? 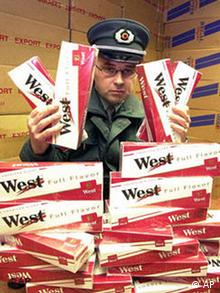 Cigarettes are cheaper in eastern Europe

In preparing for the responsibilities that go along with being a member of the Schengen area, the Polish border patrol started working out a concept to adapt its structure to the new conditions. The concept wasn't only developed based on our own experiences, but also on those of other members of the European Union that already act as part of the Schengen area. To improve operations, the current Polish border patrol has expanded the number and activity of its mobile patrols in the border region and within our country.

In the future, mobile patrols are to be implemented instead of checks at the border. Will this method be successful?

The previous range of operation has been expanded to include regions beyond the border area, which allows for activity on a larger territory. Mobile patrols will ultimately conduct inspections and investigate whether certain individuals are registered as wanted within the EU. Inspections within the country will be an indispensable component of our security system. Remember that the German border guard's fight against illegal immigration into the EU has taken place under other conditions: Poland's eastern and western borders constituted a rather effective barrier against illegal migration from the East. Now, the Polish border guard will be the only one to guarantee that the EU's eastern border remains impermeable. That's why the operations of the mobile patrols across all of Poland will be essential.

The Polish border patrol's Web site states that combating smuggling will remain an important task. What kinds of things are most frequently smuggled into Poland?

The most frequent illegally smuggled goods are cigarettes are alcohol. The difference in the price of these items in eastern and western Europe makes them one of the most popular things to smuggle across the border. Most of the deliveries, however, are stopped by the Polish border guard or other institutions and don't reach the market.

Poland borders two countries to the East -- Belarus and Ukraine -- that are neither part of Schengen nor the EU. How will the expansion of the Schengen area affect the work of the border patrol on Poland's eastern border? 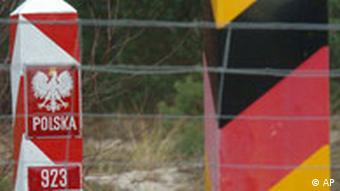 There will be no significant changes with the border crossings on the eastern border. Border inspections will be carried out just as they are now. Only the so-called "green border" will be sealed up to reduce illegal activity to a minimum. In addition, new institutions will be set up that will deal directly with security on the national border.

Border guards won't be dismissed due to the disappearance of the internal EU borders. There won't be any transfers at the eastern border either, but if somebody wants to work on the eastern border that would be possible. Officers from border crossings where inspections will no longer be carried out will be given other tasks or become part of the mobile patrols.

Hundreds of German police officers have demonstrated near the Polish border against the dismantling of frontier posts. They say security is threatened. Passport controls are being scrapped under the Schengen system. (23.11.2007)

Poland has announced that former Polish Foreign Minister Wladyslaw Bartoszewski will be a foreign policy advisor for Warsaw's complex relations with Germany, Russia and Israel, which have all come under strain recently. (21.11.2007)

Border controls will become a hassle of the past for nine more European countries as EU interior ministers agreed to expand the Schengen free-movement to the south and east at a meeting in Brussels. (08.11.2007)

Do you think that now is the time to expand the Schengen area? Please include your name and country in your reply.