Poland Puts Holocaust Survivor In Charge of German Relations | Europe| News and current affairs from around the continent | DW | 21.11.2007

Poland has announced that former Polish Foreign Minister Wladyslaw Bartoszewski will be a foreign policy advisor for Warsaw's complex relations with Germany, Russia and Israel, which have all come under strain recently. 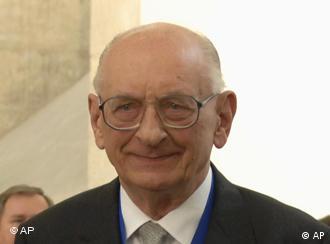 Bartoszewski's official position will be secretary of state in the prime minister's chancellery where he will advise Poland's new Prime Minister Donald Tusk and new Foreign Minister Radek Sikorski.

Wladyslaw Bartoszewski's nomination had a "symbolic character" and was meant to raise the country's profile on the international stage, Prime Minister Donald Tusk said at a news conference in Warsaw on Wednesday, Nov. 21. 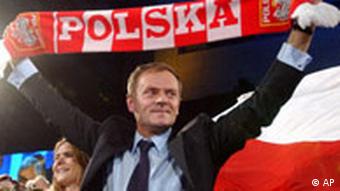 "He is a patron of a new chapter in Polish history," said Tusk, whose government took office last week.

Tusk has pledged to mend fences damaged by his nationalist predecessor Jaroslaw Kaczynski, who had a turbulent relationship with Germany.

The ousted premier regularly raised the spectre of Polish suffering at the hands of the Nazis during World War Two as he accused Berlin of trying to dominate the Europe Union.

After his appointment as state secretary, Bartoszewski, who spoke in both Polish and German at the press conference, said his priorities would the German-Polish relationship and the Jewish Diaspora.

"With my appointment to this position, Poland has given Germany a sign of its good will," the 85-year-old historian said.

Poland now expects "gestures of good-will" in return, he added.

Bartoszewski, a Roman Catholic, was a member of the Polish underground during the Nazi German occupation during World War Two. He was arrested in Warsaw in 1940 and sent to the Auschwitz concentration camp in occupied Poland. 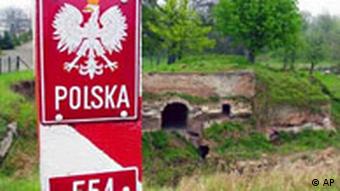 The relationship between the neighboring countries is tense

After his release from Auschwitz in 1941, he continued to fight against the Nazis and to save Jews from the extermination camps.

Despite his experiences under the Nazi regime, Bartoszewski has close ties to Germany. From 1982 to 1989 he taught at universities in Berlin, Munich, Eichstätt and Augsburg. In 1986, he was awarded the prestigious Peace Prize of the German Book Trade.

Opposition politicians have accused Bartoszewski of being soft on Germany.

Poland's new Prime Minister Donald Tusk was formally sworn in by President Lech Kaczynski before he and his coalition government's ministers took office in a televised ceremony held at the presidential palace in Warsaw. (16.11.2007)

DW's Hubert Wohlan expects the electoral outcome will spell an end to Poland's anti-European stance. But he says the new government will face its toughest challenges at home rather than in the sphere of foreign policy. (22.10.2007)

Poland says that it could reach an agreement by the end of the year on installing part of a US defense shield. Russia is strongly opposed to Washington's plans to site 10 missiles and a radar in eastern Europe. (07.09.2007)