Police in Germany have raided offices and apartments linked to US automaker Ford in connection with a corruption probe. 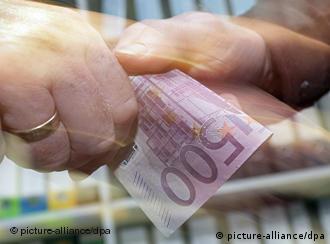 Ford staff in Germany are suspected of graft

Around 100 German police officers on Monday raided about 30 locations linked to US automaker Ford in the Cologne area: Ford plants, an unidentified company in Leverkusen and employees' private homes.

The state prosecutor's office said it had for months been working on the investigation involving Ford staff and others suspected of corruption, breach of trust and fraud.

Ford staff are suspected of regularly receiving "material advantages" from companies that work with the automaker or which sought contracts with it.

In exchange, the automobile workers allegedly favored benefactors when contracts were being decided upon or established false or excessive bills in their favor.

Prosecuters said Ford had from the start cooperated closely with the authorities and was keen to clear up the allegations quickly.

US automotive giant Ford has agreed terms for the sale of its Swedish brand Volvo to Chinese firm Zhejiang Geely, with the contract likely to be signed in the first quarter of next year. (23.12.2009)