German rapper Juju is being investigated by police after she posted an Instagram story about hiding cannabis in a Frankfurt Airport toilet. She didn't realize that an attentive police officer was among her followers. 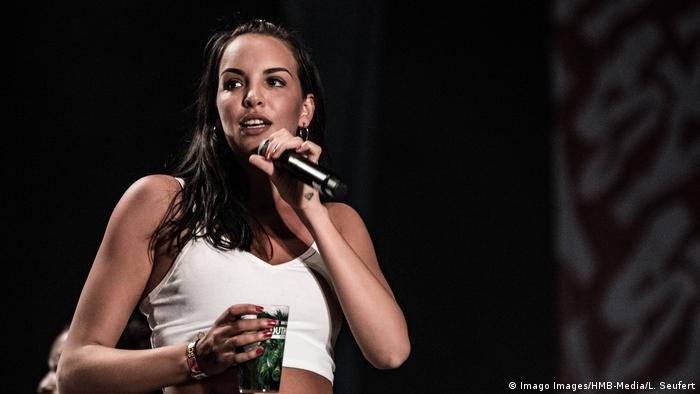 Frankfurt police said on Monday that they were probing Berlin rapper Juju for suspected drugs offenses. Officers said they found a stash of cannabis in Terminal 1, which they say the musician posted about on Instagram.

Juju was accused of filming two joints on a toilet and posting the footage on Instagram. She reportedly told her social media followers that they could come and collect the marijuana.

A police officer saw her recording and tipped off colleagues. After a search, authorities said they found five grams of cannabis in the toilet mentioned in the footage, but there was no sign of the rapper.

Police spokesman Reza Ahmari told Bild newspaper: "Investigations against the accused for violation of the narcotics law have been initiated."

The rapper responded to the accusation on social media, saying that it wasn't even half true.

Although cannabis falls into a comparatively less serious category of drugs, the law prohibits the growing, sale and distribution of it.

Coronavirus: Home tests will give Germany 'more freedom' 27m ago