A nurse already convicted of two murders is now suspected of more than 100 additional killings. Niels H. once testified that he acted "out of boredom" and hoped to bring patients back from a drug-induced brink. 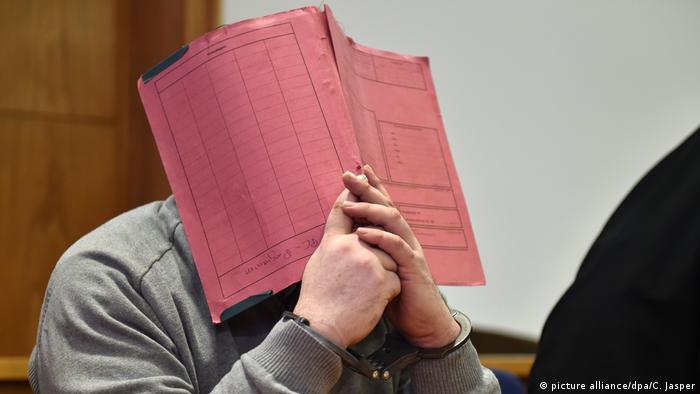 Police are investigating 100 additional deaths linked to a German nurse already imprisoned for murdering patients. After announcing scores more killings in August, on Thursday prosecutors in the northern city of Oldenburg said toxicologies had identified a further 16 deaths that the nurse may have caused, though they cautioned that they had not necessarily stopped counting yet.

"It could be more," chief prosecutor Martin Kozoliek said on Thursday.

A court sentenced Niels H. to life in prison in 2015 for two counts of murder and four of attempted murder. German media, who began identifying the nurse after the initial guilty verdict, have resumed calling him by his first name and last initial because he has not yet gone to trial for the new deaths.

During his 2015 trial, Niels said he had murdered even more patients than initially suspected, injecting them with pharmaceuticals that can cause heart failure or circulatory collapse and trying to revive them to impress his medical peers. He testified that he acted "out of boredom" at times, feeling euphoric when he managed to bring a patient back to life and devastated when he failed. Following that admission, experts exhumed more 134 bodies to test them for traces of drugs.

Earlier this year, investigators said the nurse might have killed an additional 24 people. By August, police were implicating the 41-year-old in at least 90 murders — a death toll "unique in the history of the German republic," in the words of chief police investigator Arne Schmidt.

Prosecutors plan to bring the new charges against the nurse next year. They have ordered bodies of scores of his former patients exhumed as part of their investigations into the deaths at hospitals near Bremen, in Oldenburg and the city of Delmenhorst between 1999 and 2005.

Toxicologies continue in five cases, and officials in Turkey plan to exhume three former patients. However, many families cremated their dead long before Niels H. became a suspect in their deaths.

Ten years ago, a court sentenced another German nurse to life in prison for murdering 28 elderly patients. He said he had given them lethal injections because he felt sorry for them.