A former nurse in the German state of Lower Saxony is facing charges for the murder of three patients, and is suspected of further involvement in more than 150 deaths. His excuse, according to the prosecution: boredom. 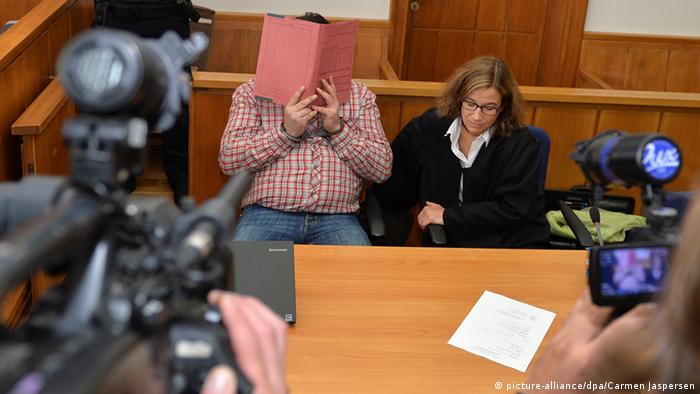 Nils H., a former nurse in his late 30s, has been accused of injecting patients - some seriously ill, others on the way to recovery - with medication that can provoke fatal cardiovascular effects.

Prosecutors in the district court of Oldenburg have said that the man was bored and wanted to practice his - as he called it - "excellent" resuscitation skills. According to the prosecution, if the first attempt at resuscitation was a success, H. would sometimes make a second attempt.

H., whose full name is being withheld under German privacy standards, is said to have used Gilurytmal, a medication that due to its side effects should only be used by doctors under strict supervision. Side effects can include an irregular heartbeat, a drop in blood pressure and uncoordinated functioning of the heart muscle.

Possible involvement in more than 150 deaths

Though H. is facing charges in three murders and two attempted murders, the state prosecutor has said he could be involved in more than 150 deaths. In cooperation with the police, the state prosecutor is currently investigating the deaths of 174 patients who died during H.'s shifts from 2003 to 2005 at a clinic in Delmenhorst, near Bremen. 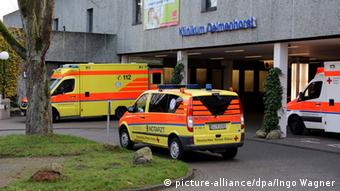 The investigators will also look into deaths at H.'s previous jobs in Oldenburg and Wilhelmshaven, as well as his work as a paramedic, which he did in his spare time.

According to news magazine Der Spiegel, the investigation will only cover cases in which the deceased wasn't cremated and the patient's death could not be explained by a preexisting condition. In such cases, the patients' bodies will be exhumed and autopsied. The investigation is expected to last into 2015.

In 2008, Nils H. was previously sentenced to seven-and-a-half years for the attempted murder of another patient. He gave his patient an overdose of heart medication, though the man narrowly escaped death.

The Göttingen doctor accused of falsifying medical files for the purpose of speedy organ transplants faces court on Monday. The nationwide scandal has had negative effects on organ donation in Germany. (19.08.2013)

Medical malpractice cases on the rise in Germany

The number of medical malpractice cases is on the rise in Germany, according to a new report. Of the nearly 8,000 complaints reviewed by experts, about one-fourth were proven to be cases of malpractice. (17.06.2013)

Though the death rate in the Delmenhorst clinic nearly doubled in the time H. worked there, and use of the heart medication also increased dramatically, it took nearly a decade before an investigation was launched. Relatives of the deceased are asking why it took so long for the information to come to light.

A senior doctor who gave evidence in September said H. was a "passionate medic" who made a good impression on staff at the clinic. The doctor did note, however, that he found it strange that he was always on hand when patients were being resuscitated, often helping younger doctors with intubation - inserting a breathing tube into a patient's airways.

"No one wants to believe that a colleague would rather kill patients, instead of helping them," Erich Joester, a lawyer for the clinic, told news agency dpa. He said that the increased death rate had been attributed to a number of causes, including a new department that treated cancer patients.

The clinic where Nils H. used to work has so far declined to comment on the allegations, though a press conference is scheduled for early next week.

However, it seems clear that the clinic may have suspected something. According to dpa, H. was initially transferred, then asked to resign with a good reference. Gaby Lübben, a lawyer for the prosecution, told dpa that the clinic had "tried to get rid of the problem."