Medical malpractice cases on the rise in Germany

The number of medical malpractice cases is on the rise in Germany, according to a new report. Of the nearly 8,000 complaints reviewed by experts, about one-fourth were proven to be cases of malpractice. 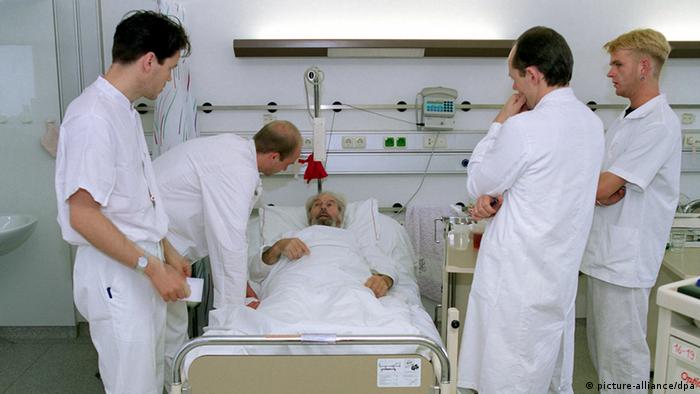 Last year, more than 12,200 patients attempted to claim compensation for their treatments, the German Medical Association reported from Berlin on Monday. That is an increase from 11,100 in 2011, and 10,400 five years ago.

Experts evaluated 7,578 cases and, in 1,889 of them, found error on the part of the doctor or another person involved in treatment that caused damage. Most of the mistakes led to only temporary side effects, but some victims had their ailments lengthened, said the association's president Johann Neu. Eighty-two people in the cases reviewed died because of medical error.

Most of the complaints involved surgery on the knee or hip joint, followed by a lack of treatment for broken legs, ankles or arms. The number of complaints over breast cancer treatment also climbed in 2012.

It was suspected that there were more cases of malpractice in Germany during last year's debate on patients' rights legislation. A new law passed by the country's ruling center-right coalition that strengthens error reporting systems in clinics went into effect four months ago. However, there are still calls for a nationwide malpractice register.

Andreas Crusius, the chairman of the organization's Standing Conference of the Expert Commissions and Arbitration Boards of Doctors, stressed that, among the 540 million procedures annually across Germany, the percentage of patients mistreated was very low. He added it was wrong to talk about "doctor blunders."

"Mistakes happen, even in medicine," he said. "[Doctors] are under enormous pressure because of suspected or proven malpractice and can often only continue their work with difficulty."

Following reports of alleged drug testing on unknowing patients in communist East Germany, pharmaceutical firms are in the spotlight. The industry is accused of exploiting people for testing in poorer countries. (28.05.2013)