Six people have been arrested over the death of Samuel Luiz who was attacked outside a Spanish nightclub. Large protests called for justice in Madrid and Barcelona. 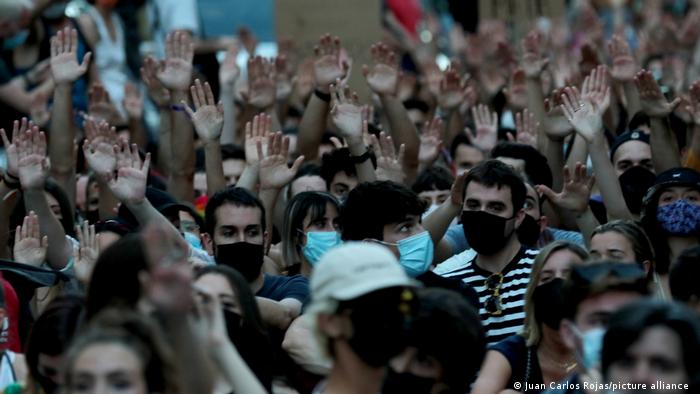 Authorities are looking into claims a man in Spain was beaten to death for being gay after large protests in Madrid and Barcelona.

Friends of 24-year-old Samuel Luiz first raised the alarm claiming his death was motivated by homophobia, prompting demonstrations all over the country.

Left-wing members of Spain′s governing coalition condemned the death as a hate crime on Saturday with police making six arrests so far.

According to a report in Spanish daily El Mundo, Samuel Luiz was outside a nightclub in the Galician city of A Coruna at around 3 a.m. (0100 UTC) on Saturday morning.

Luiz′s friends revealed to the Spanish national newspaper he was video calling a friend when he was reportedly attacked by suspects who thought he was making a video of them.

The attackers used derogatory words for homosexuals according to the friend′s version of events.

Police have since arrested six people including two minors, none who knew the victim, although the police have still not labelled it a homophobic attack. 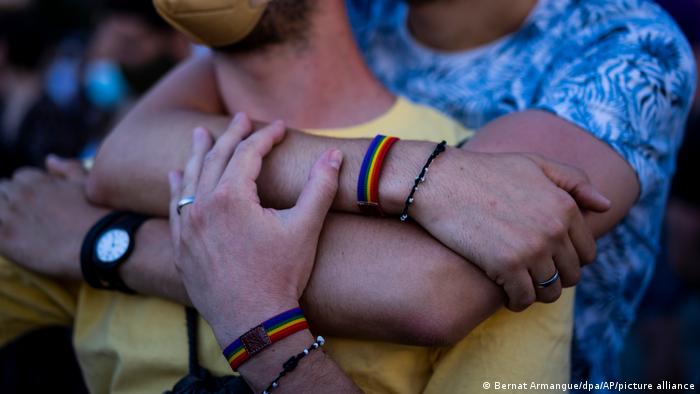 Spanish protestors in Spain called for justice in the Luiz killing

Protestors in Madrid and Barcelona carried signs with slogans like "what they call you while they kill you matters."

What are officials and politicians saying?

"We are at the early stages, only the investigation will tell us whether it was a homophobic crime or not," government delegate Jose Minones told reporters.

He asked for ″prudence″ from journalists when reporting on the alleged murder.

Spanish politicians have been criticized for branding the murder a hate crime on Twitter before the police investigation has concluded.

Minister for Equality Irene Montero said: ″We must build among all of us a freer society in which we do not leave room for hatred.″

Social Rights Minister Ione Belarra called the death a hate crime. We want a country free of violence where everybody feels free to be who they are," she tweeted.

LGBTQ rights campaigners have started a social media campaign to get justice for Samuel Luiz.

Spanish Prime Minister Pedro Sanchez tweeted that the killing of the nursing assistant was a "savage and merciless act." 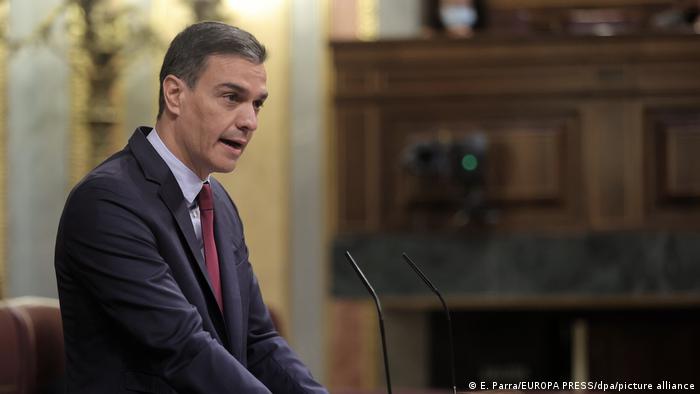 Meanwhile, organizers of Georgia's first Pride march in the capital Tbilisi were forced to call the event off on Monday following attacks from homophobic groups.