Police arrest meteorite thieves with 1,500 kilos of rock in Argentina

Police in Argentina have arrested four men who were trying to steal meteorites in the northern province of Chaco. The region is world famous for the space rocks which are protected under law. 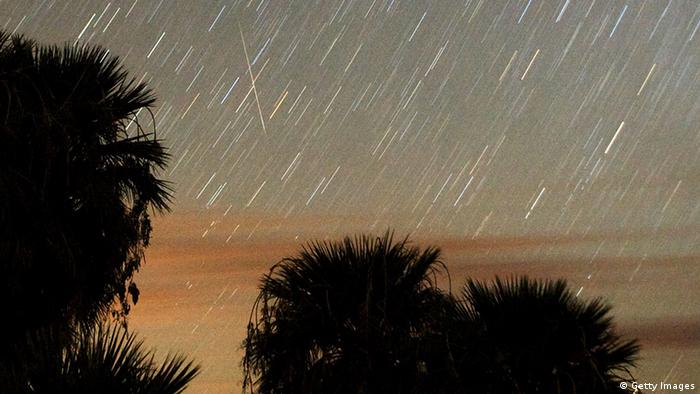 The 215 large pieces of meteorites weighing 1,500 kilos (3,300 pounds) were hidden in a truck which was stopped in a random search by police on Saturday. Three Argentines and one Paraguayan were detained by police.

The province of Chaco in the north of Argentina is famous for meteorites which are protected under Argentine law. There is an area called the "Field of Heaven," covering 1,300 square kilometers (500 square miles) - an area that scientists say got pelted 4,000 years ago by a major meteor shower.

State minister Javier Oteo said that "there was still no information on the place from where the meteorites had been stolen" but the "Field of Heaven" was just 32 kilometers (20 miles) from General Pinedo where the truck was stopped.

"The information we have is minimal and preliminary," Oteo said. "We are interested in the case because it concerns public property belonging to people from Chaco, Argentinians and all of humanity."

Among the meteorites in the "Field of Heaven" is the 37.4 tonne "El Chaco," the largest in Argentina and believed to be the second-largest in the world. In 1990 it was on the point of being sold illegally to a collector in the US.

Scientists say they have found the world's largest asteroid crater in central Australia. The chance finding suggests a twin-asteroid struck the Warburton Basin over 300 million years ago - with devastating effects. (24.03.2015)

Nicaragua 'explosion' likely to have been caused by meteorite

A loud explosion heard by residents of Managua, Nicaragua late on Saturday night was likely caused by a meteorite. Scientists suspect it was part of the "2014 RC" asteroid. (08.09.2014)