Poland′s government seeks total control of the court system | Europe | News and current affairs from around the continent | DW | 14.07.2017

Poland's parliament has swiftly agreed to a reorganization of the country's courts. The opposition sees the reforms as an attack on Poland's justice system and fears the end of judicial independence. 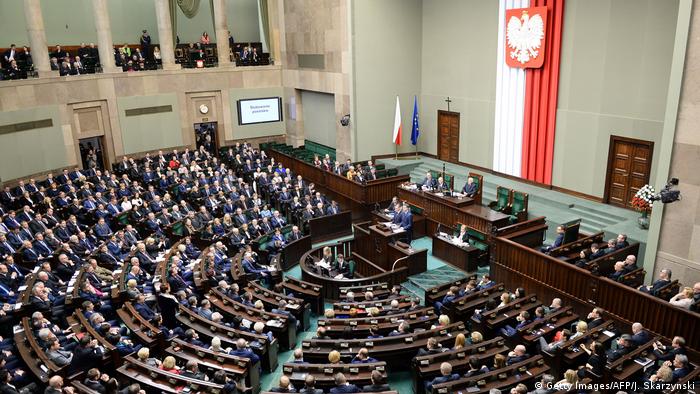 Poland's ruling right wing Law and Justice party (PiS) has always preferred to schedule votes for its central legislative proposals with little notice. For instance, when it assumed power in late 2015, it quietly took the opportunity to severely limit the power of Poland's constitutional court. Now the government has determined summer recess to be the best time to put further limits on the rest of the country's court system. After weeks of hesitation that caused optimists to believe the government would perhaps cede to EU wishes, the PiS surprised everyone Wednesday by presenting parliament with new measures for court reforms.

The Sejm, Poland's lower house of parliament, needed just a few hours to approve unrestricted government control of the justice system, something that PiS leader Jaroslav Kaczynski and his young justice minister, Zbigniew Ziobro, had requested. The law was quickly sent to the upper house, the Senate, on Thursday night. Kaczynski's PiS holds an absolute majority in both houses of parliament.

Yet protest against the measure is forming quickly as well. Two dozen activists from the groups Committee for the Defense of Democracy (KOR) and Citizens of the Republic of Poland gained access to the Senate building on Thursday night. Although several of the activists had been invited by the few remaining liberal Civic Platform (PO) party members in the Senate, they were immediately and violently ejected from the premises. On Friday morning, police erected metal fencing around the perimeter of the parliament building. It is generally expected that the Senate will rubber stamp Kaczynski's legal request. 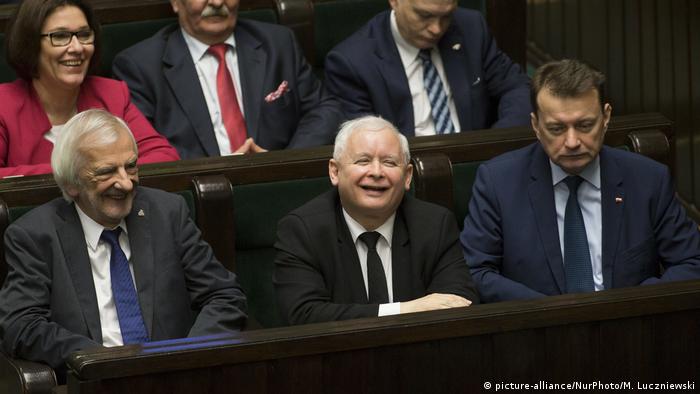 Despite the uproar, Kaczynski is satisfied with the latest court reforms

Opposition members say the proposed reforms aim to bring the rest of the justice system under the control of the PiS, just as previous laws have done with the constitutional court. The government has brushed such accusations aside and continues to justify the move as a necessary and long overdue reform that will make access to justice easier for everyday citizens.

The reforms are designed to put the powerful National Council of the Judiciary (KRS) under parliamentary control. In the future, half of the KRS' membership is to be made up of members of the Sejm, and the other half approved by Sejm-selected judges. Since the PiS holds absolute majorities in both houses of parliament, opposition politicians fear a return to a judicial system similar to that which was in place before the fall of communism.

The changes also allow the justice minister to appoint and fire presiding judges at any time - something that had previously been the purview of judges themselves. Current presiding judges will lose their posts as soon as the proposed bill goes into law. At that point, Poland's controversial Justice Minister Ziobro will have the power to replace thousands of presiding judges with his own acolytes.

Legal experts fear that the increased power of the justice minister will cause many judges to hand down verdicts that mirror the government's interests. Independent and inconvenient judges could eventually see themselves removed from the bench by presiding judges who fear that their own career chances may be blocked or that they themselves may be removed from their posts if they do not assert their authority in a manner pleasing to the government. 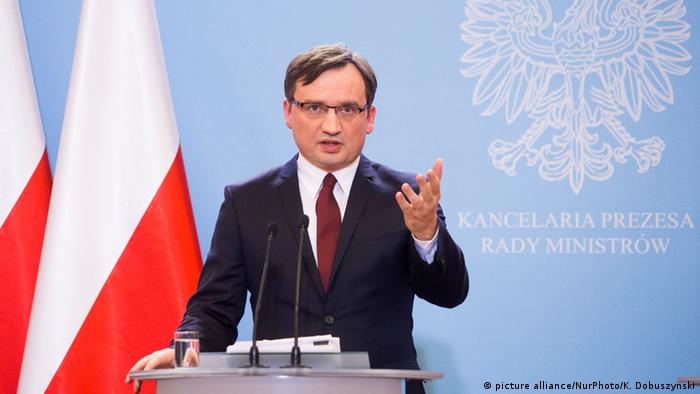 Justice Minister Ziobro will be able to choose his own judges

Attack on the Supreme Court

The PiS is also taking aim at Poland's Supreme Court in another pending reform. The opposition views the court's chief justice, Malgorzata Gersdorf, as the last obstacle to the government's plan to take total control of the entire justice system. The reform was put forth under the pretext of being a necessary change to the Supreme Court, which the government says needs new departments, and would also automatically terminate the tenure of all of the court's judges as soon as it goes into effect. The only exception would be if they were to be re-confirmed after that point by the justice minister. Moreover, the Ministry of Justice would have the right to independently appoint all high court judges. Gersdorf has always declared that she would defend the Supreme Court's independence. Nevertheless, on Thursday evening the chief justice said: "I do not plan on being allowed to serve out my term."

The government's motivation for the new reforms is the intense belief of authoritarian PiS party founder Kaczynski - himself a trained lawyer - that Poland's court system is still a "stronghold of post-communists." It is indeed true that judges were one of the few occupational groups responsible for maintaining the communist state whose backgrounds were not closely examined after 1989. The lustration law of 1997 also included judges, but it only required them to voluntarily give up their immunity, and very few actually did so. Thus, the concept of a cleansing of the courts after 1989 was simply fiction. 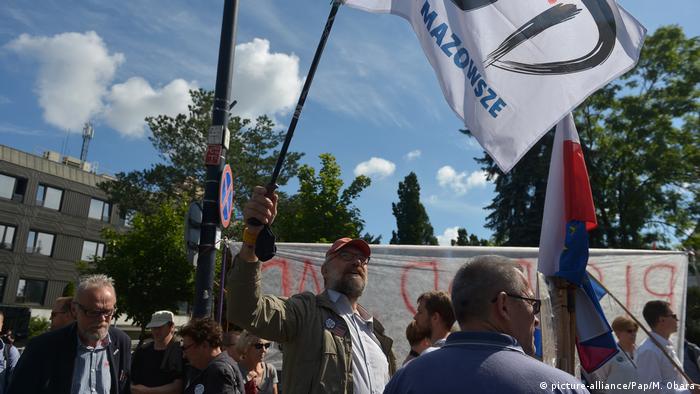 A handful of protesters demonstrated in front of Poland's parliament

Various judiciary scandals, as well as the notoriously slow turn of the wheels of justice, have served to undermine most Poles' faith in the system over the years. Add to that populist broadsides from Poland's government-friendly media, which often portray judges as a caste of untouchables. According to that narrative, the liberal opposition is simply a helper's helper for the communists that still control the levers of power, 28 years after the fall of the Soviet Union.

Still, the ruthless approach taken by Kaczynski and Ziobro just before parliament's summer recess has apparently even shocked hardcore PiS supporters. The right wing publisher Rafal Ziemkiewicz even went so far as to send out a tweet Friday calling for Polish President Andrzej Duda (PiS) to veto the reforms and force parliament to revise them. So far, Duda has loyally signed almost every bill that Kaczynski has presented into law.