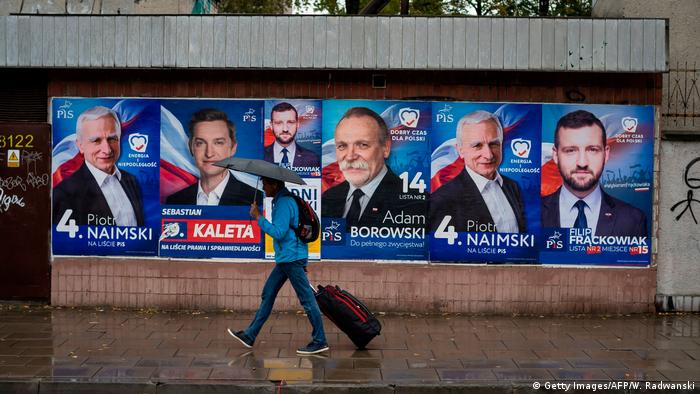 The members of Poland's governing PiS (Law and Justice) party are so convinced of an election victory that they believe the only hurdle left is stumbling over their own legs. Jaroslaw Kaczynski, who is officially a lawmaker but as leader of the PiS party is the person who pulls the strings, is certain: "We have the backing of a majority in our society, but whether this majority will show up at the ballot box in droves is not yet clear. If so, we will win; If not, our results could be mediocre."

Making a joint public appearance on the eve of the election, Kaczynski and Prime Minister Mateusz Morawiecki explained their post-election roadmap. Within the framework of its "Five Point Plan," the right-wing populist PiS pledges smaller social insurance payments for smaller firms, one to two extra months' worth of retirement benefits annually (at the level of the minimum pension), building 100 beltways for small and medium-sized cities, and a scheme to raise EU subsidies for Polish farmers (to the level of those received by German and French farmers). And the party was quick to make further pledges. Responding to reports that a lack of preventative care was costing people's lives, Kaczynski offered preventive medical screenings to all citizens over 40.

"This time, too, we want to seal a pact with our citizens," Morawiecki said. "After all, elections in a democracy are nothing but a renewal of a social contract." And he added proudly: "The things we promised, we have implemented." 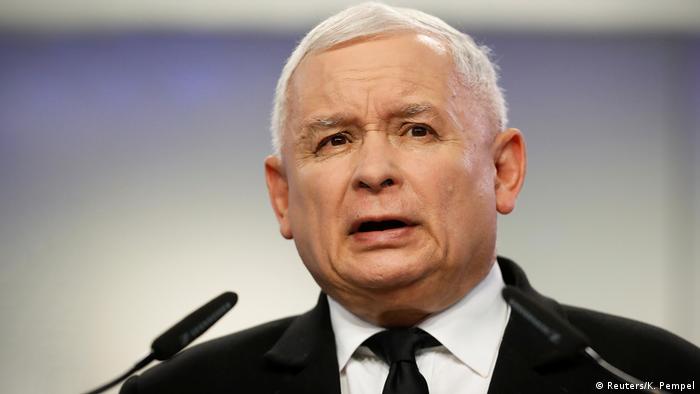 PiS was indeed pursuing a policy without any real precedent in Poland during the last 30 years, says Marcin Sinczuch, a sociologist at Warsaw University. "The credibility hurdle has reached an almost hazardous height, because PiS is basically saying, 'We'll keep our promises, no matter what." The question is how that is supposed to work in the event of an economic crisis. Sinczuch has no doubts: "In that case, they'll have to make budget cuts."

But where exactly? The task of enumerating all the economic and social sector programs that PiS is funding, or has pledged to fund, has now become rather time-consuming. Lower taxes, lower retirement age and child benefits are only the most well-known. A lot of it is implemented by the government despite expert warnings and advice. So far, this approach has worked — the money is flowing, and the economy is booming.

But there's more at stake than just money. "PiS has restored the people's dignity," says a taxi driver from a village in eastern Poland. "Symbols" is a key word here: national pride, heroism, sacrificing one's own advantages for the benefit of others — it's that kind of rhetoric that keeps cropping up in Jaroslaw Kaczynski's party, and apparently it is in line with the zeitgeist. Even many people who don't have children of their own praise the introduction of publicly-funded child benefits.

Looked after by the government

For many, it is a positive experience that, after the years of deprivation in the wake of the fall of the Iron Curtain, when even left-wing governments were touting the free market, the government is back and looks after the people, even after those who apparently didn't play any role thus far. "For them, the transformation was a traumatic experience," says sociologist Sinczuch. "In socialism, people were not fond of the state; however, it offered a certain safety and supplied people with essentials."

Due to its social work, but also thanks to its emphasis on common values such as "nation", "church" and "family", PiS has garnered the reputation of being the party that stands for a return of order and safety. "Many older people, in particular, are reminded of their childhood and adolescent years." Many things worked subconsciously, says Sinczuch. But the kind of policy that could unite society has rather achieved the opposite — Poland's society is more divided than ever before.

The problem of the liberal camp is that opposition leader Grzegorz Schetyna, who, in a surprise move, presented deputy lower house speaker Malgorzata Kidawa-Blonska as leading candidate for prime minister only at the beginning of September, is not particularly popular. He is held responsible for the image of the right-wing liberal Civic Platform (PO) as a predominantly anti-PiS party, as opposed to one with valuable ideas of its own.

And yet, the flaws of PiS' policies are obvious. The judicial system is in a sorry state, with proceedings taking longer than ever. Substantial parts of its "reform," like the forced retirement of Supreme Court judges, have been — or are about to be — stopped due to intervention from the European Court of Justice. Many judges refuse to appear as summoned before the new Disciplinary Chamber because their political impartiality is called into question. And nobody knows whether judges who took office via the new appointment procedure were appointed legitimately and whether their verdicts and decisions will last. 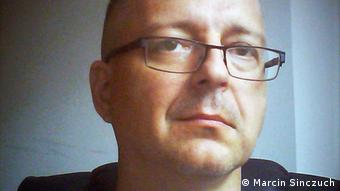 Marcin Sinczuch, sociologist at the University of Warsaw

But instead of their own plans, the opposition keeps coming up with new warnings that democracy is in danger. How exactly PO intends to renew democracy is unclear, says Wojciech Szacki of the liberal think tank Polityka Insight. "There is no package of laws and amendments on how to restore the rule of law."

If anything, a change of power would only be possible with a broad coalition. The Left has a good chance of joining the Sejm, Poland’s parliament, while polling shows the PSL party, an agrarian-focused Christian democratic party, is straddling the five-percent hurdle — as is the far-right Confederation group that brings together right-wing extremists, radical anti-abortion activists and political clowns.

On one point, however, pollsters agree: The national conservative PiS is ahead. Most polls show PiS with over 40 percent, followed by the PO around 30, and the Left around 12. If one trusts these numbers, the question remains whether PiS can govern alone or needs a coalition partner. Due to Poland’s electoral vote-apportioning system, the party was able to enjoy an absolute majority despite garnering only a third of actual votes.

And then the next questions follow: How will the right-wing populists change Poland? Are the country’s former presidents, including Solidarity leader Lech Walesa, correct in their assessment that the country is moving towards authoritarian dictatorship? Despite the partisanship of public broadcasting, government-critical reporting remains. Despite all PiS’ efforts at "judicial reform," which was widely condemned at home and abroad and brought remonstrations from Brussels, courts do hand out decisions contrary to PiS interests. But how far will the party go after the elections? In liberal circles, many fear that they will try in future to reign in private media.

It is certain that the party will continue to try to reorganize and reshape state institutions as it sees fit. Warsaw must become the "new Budapest," Kaczynski said some years back. It remains to be seen whether he has since changed that objective.

Poland’s ruling party, PiS, has cobbled together a winning brand, with doses of economic redistribution, social conservatism and patriotic rhetoric. But will it be enough in Sunday's election to win an outright majority? (10.10.2019)

Poland’s ruling party has pledged to raise the minimum wage by 90% over four years. A month before a general election, such a move is either a stroke of political genius or economic calamity, depending on who you ask. (18.09.2019)