Poland furious after Russia blames them for starting WWII

The Russian ambassador to Poland has sparked outrage for putting some of the blame for World War II on Poland. There has been a widening rift between the two Slavic nations. 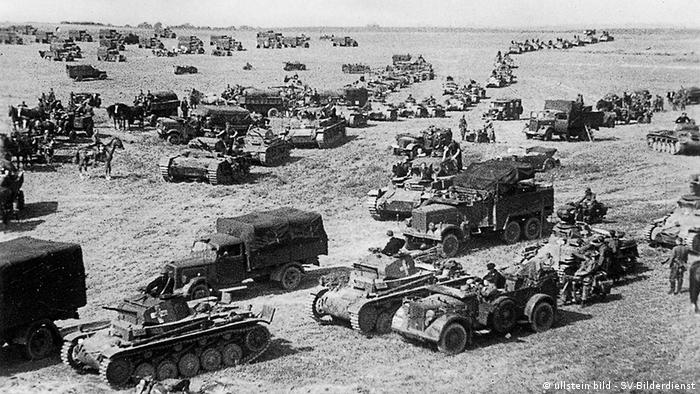 Germany had invaded Poland on September 1, 1939 following a pact with Russia to carve up the country between them

Russian Ambassador Sergey Andreev on Friday described the Soviet's 1939 invasion of Poland as an act of self-defense, not aggression. The comment prompted Poland's Foreign Ministry to declare that the ambassador had undermined "historical truth" and seemed to be trying to justify Stalinist crimes.

In an interview broadcast on the privately-owned Polish TVN station, Andreev said that Polish-Russian relations were at their worst level for 70 years because Poland had allegedly chosen to freeze the two countries' political and cultural contacts.

"Polish policy led to the disaster in September 1939, because during the 1930s Poland repeatedly blocked the formation of a coalition against Hitler's Germany," Andreev said. "Poland was therefore partly responsible for the disaster which then took place." 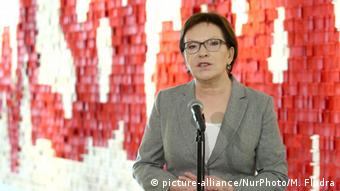 Poland's Foreign Ministry expressed "surprise and alarm" at the comments, and Foreign Minister Grzegorz Schetyna summoned Andreev for a meeting on Monday.

"The narrative presented by the highest official representative of the Russian state in Poland undermines the historical truth and reflects the most hypocritical interpretation of the events known from the Stalinist and communist years," the ministry said in a statement.

"The role of an ambassador accredited in a country should be to build harmony and friendly relations between countries," Kopacz said.

World War Two began after Nazi Germany and the Soviet Union had sealed a pact in 1939 that included a secret provision to carve up Poland and other parts of Eastern Europe. Germany soon invaded Poland from the west, followed by a Soviet invasion from the east 16 days later.

Relations have not been easy since Poland rejected Moscow's control and embraced the West, joining NATO and the European Union in due course - unlike neighboring Belarus, which has largely kept its alliance with Russia. Russia has also protested a Polish town's dismantling of a monument to a Soviet World War II general, threatening Warsaw with "most serious consequences."

But tensions between the two nations have been especially high since Russia annexed Crimea in 2014, a step that Warsaw has strongly condemned. Poland's Defense Minister Tomasz Siemoniak remarked earlier this year that Europe's peaceful period was now over.