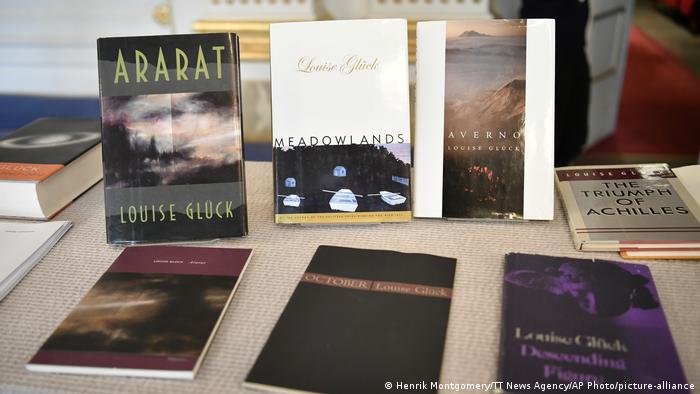 How surprised were you when you heard Louise Glück received the 2020 Nobel Prize in Literature?

Ulrike Draesner: I was very surprised. I was sitting on the train and suddenly my phone started ringing. I was very pleased, because I respect Louise Glück's poems as original, very important pieces of work. I was also pleased that a poet was selected this time and that more light is finally being shed on poetry in general. It also reminds us again of the beauty of Anglo-American poetry.

You have translated two volumes of Glück's poetry into German in 2007 and 2008. How did you approach translating her work and how do you recall the experience?

It was all very exciting. I had precisely chosen Glück because she has a totally different way of working than I do [Editor's note: Draesner is a poet herself]. I was especially interested in her long-form style of poetry, her method which conveys a story but at multiple levels at once.  In one of her works, Glück reworks the story of Persephone — an ancient Greek myth — but in her own unique voice and language.

This now brings us to how we as translators approach such work. Often, deciphering the basics of a sentence seems very straightforward and simple at first: subject, predicate, object. The sentences can be understood immediately, but only in the literal sense. But if you approach it only like that, you translate only what is on the surface. A good translation must observe the subtlety of the language by looking deep into the fabric of the words. 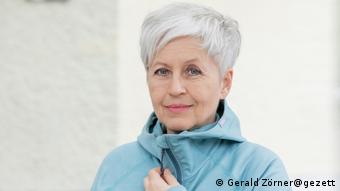 Ulrike Draesner has translated some of Louise Glück's poetry collections

I also recall coming across the word "planted" in Glück's poem. The poet had meant "planted" in the literal sense but I chose not to translate the word directly into German. Instead, I translated it as "the seeds were sown" as I felt this worked best in the German language.

When it comes to translation, one can never reproduce exactly what was in the original text. Inevitably, you always lose something from the original work. So the question always is, what is the most effective way to translate?

The Nobel Prize Committee recognized the clarity and clever simplicity of Louise Glück's language, do you agree?

That is also how I perceived it. Language at first might appear only at surface-level but if you explore further, language and words unfold an entire web of complex thoughts and emotions. Glück's poems are sensual and at times starkly beautiful. They are vivid and provoke imagery, while all at the same time, they have the ability to play with your emotions, your thoughts and your mental state. 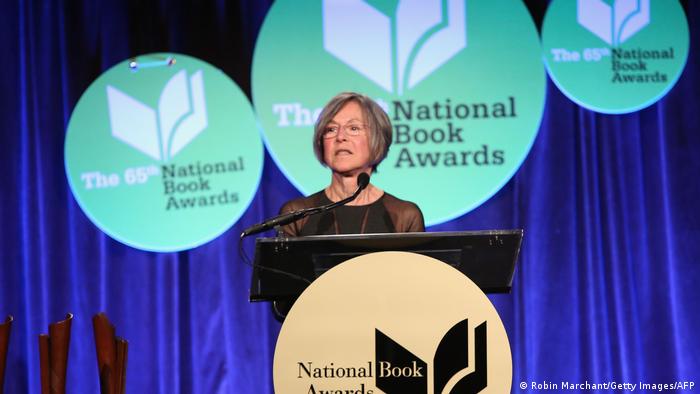 She has won the top literary awards in the US, including the Pulitzer Prize and the National Book Award (photo)

How do you explain the fact that one of America's most prominent poets is virtually unknown in Germany?

There are probably quite a number of reasons, usually they have to do with coincidence such as who discovers whom and where do connections and opportunities arise. But of course there is also a systemic element. I recall when I studied in England in the 1980s there was nothing to read from Ingeborg Bachmann in English. That really shocked me back then. How could that be?

Furthermore, American poetry is a vast market and we all know what the demand for translated poetry looks like. In this sense, we have to wait and see how digital platforms develop in the future and whether translation work will be rewarded. Translation work is not only fragile but also very time-consuming as the writer's voice has to be reproduced successfully.

You translated Glück's "Averno" and "Wild Iris" — published by Luchterhand Literaturverlag in 2007 and 2008. Despite the outstanding translation and beautiful cover illustrations, the volumes were met with little response. Do you think this is because the writer herself is so reserved and out of the public eye?

Yes, I had no direct contact with Glück. I have never met her. I could in touch with her for important questions, but only through her agency. She does seem rather shy, which is difficult in a media-oriented society where the persona of the poet is increasingly tied to their work.

Glück's two German volumes are no longer in stock. Will the Nobel Prize for Literature possibly lead you to take another close look at Glück's work?

That remains to be seen. Of course I hope that her poems will now be better received. And if that inspires people to explore and translate more poetry, either from the US or other countries, then I would be very, very happy.

Born in Munich in 1962, Ulrike Draesner is a translator, poet, novelist and essayist.
She has received numerous awards for her works. Her most recent novel, "Schwitters," was published by Penguin in German in August 2020.  She spends her time between Berlin and Leipzig and has headed the German Literature Institute since 2018.

Nobel Prize in literature awarded to US poet Louise Glück

The Nobel Prize in literature has been awarded to US poet Louise Glück for her "unmistakable poetic voice that with austere beauty makes individual existence universal."