In the murky and mysterious world of finance, top bankers are reluctant to reveal their secrets. But director Andres Veiel got some of them to talk. The result is a spectacular piece of contemporary theater. 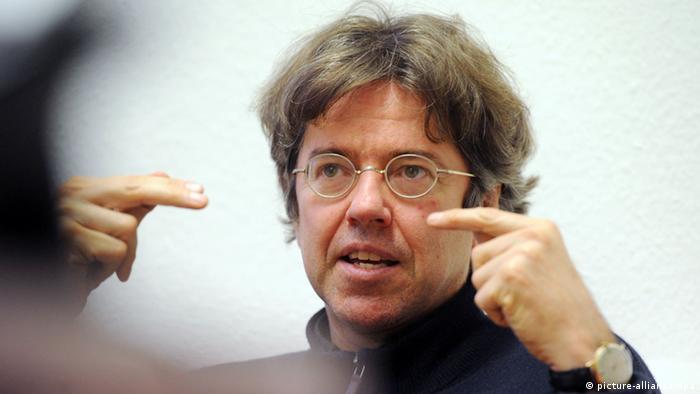 The acclaimed film and theater director Andres Veiel spent months talking to more than 20 top bankers and produced a thrilling piece of theater based on the discussions he had. "The Raspberry Empire" is due to premiere at the Deutsches Theater Berlin and Schauspiel Stuttgart. Over the course of two hours, the play provides an intriguing insight into the most secret thoughts of financial power players. So what do the money men really think and feel? In an interview with DW, Veiel talked about their motives, their rage and his own bewilderment.

DW: Why did you engage with the issue of bankers so intensively?

Andres Veiel: It angers me that it isn't talked about in public or in art, that questions aren't actually being asked. Why aren't people standing up and saying: Our interests have been fundamentally violated? Long before the crisis I had a conversation with a banker who said, "We're banging our heads against a brick wall. Money is only being made from money now, when the bubble bursts, there'll be a big crash." When I asked him what he meant, he said, "We're milking cows, so long as there's milk to take."

No other profession has lost so much respect as banking in the past few years. The reputation of bankers is ruined. But would you say there is a typical banker persona?

There's no such thing as a "typical" banker. We're looking from outside at the glass facades, and we assume that bankers are all the same. But I've also spoken to top bankers who are really angry, even though they are also responsible for what's happening now. They go further in their criticism than what people in the Occupy tents are thinking and talking about. 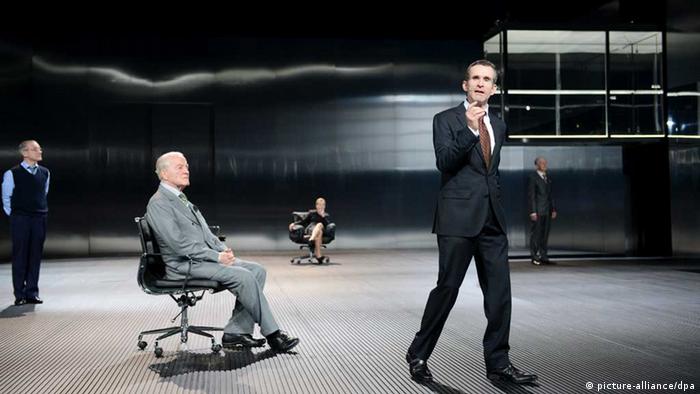 What have the top bankers risked in talking to you?

They're people who risk a lot by talking; if they were identified they could lose their pensions or be liable for damages.

So why did they decide to talk?

These people wanted to get something off their chests. They don't know where to go with their rage. They're not allowed to talk, they're atomized and isolated. And then I come and listen and secure their anonymity. In that moment I'm like their father confessor, psychologist and sparring partner. There were always moments during the conversations when I could see far beyond the façade.

Considering their critical stance, why do so few bankers quit the profession?

It's a kick, a rush, the gigantic sums of money being moved around the globe and then the massive returns they can pocket for banks and for themselves. But it's not that greed is being celebrated. It's more a form of recognition. The question, what do the others get? I get two million a year. And he gets three. Is he better? It's not so much about greed; rather they're intoxicated with power. But bankers aren't an isolate creed. That type of thinking is deeply rooted in society. It's a return on investment thinking that affects us all. 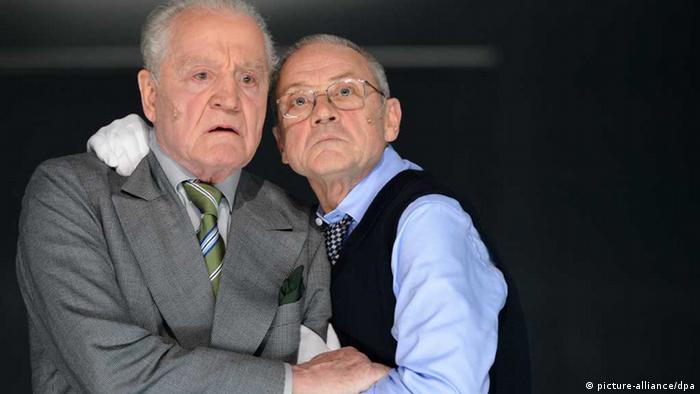 The party's over: Manfred Andrae (left) and Jürgen Huth during rehearsals for "The Raspberry Empire"

Alfred Herrhausen, the murdered former chairman of Deutsche Bank, already played a central role in your film "Black Box BRD." Why is he also given so much room in "The Raspberry Empire"?

For me, Herrhausen is a tragic person who, during his short tenure, tried to provide debt relief for third-world countries. He stood for sustainability and ethical responsibility and failed because of it. But he poses a key question for me: How can I as an individual enter a system that wants something completely different, namely returns at any cost. Can an individual make a difference in such a well-oiled system?

How much responsibility lies with the politicians?

For many years, politicians were the fire starters. Between 2002 and 2003, laws were passed that made risky business possible. For years, the ministry of finance invited banks to take risks. They said, "You have to keep up; otherwise we'll be left behind by New York and London."

The shortfalls run into the billions. Money that is desperately needed in education, in research and new investments is not being given or we'll walk into a gigantic recession, because the state is out of money. Those who are trying to contain the fires now actually had a big part in starting them.

Andres Veiel made a name for himself with his artistic examinations of left-wing terrorism in Germany. His film "If Not Us, Who?" (2011) portrayed the beginnings of the terrorist organization, Red Army Faction. Veiel's contacts to the banking world came in part from making his award-winning documentary "Black Box BRD" in 2001. The film deals with the 1989 assassination of German Bank chairman Alfred Herrhausen.

Richard Wagner's year in the spotlight

Wagner will be all over music programs in 2013, as this year marks the 200th anniversary of his birth. Travelers in Germany can choose from no shortage of traditional to provocative takes on the composer's work. (04.01.2013)

Theater is a place to tackle controversial theories, display emotion, or just have fun. (10.01.2013)