The plane crash in front of the German parliament and the bombings in London and Egypt have stirred a security debate in Germany. Politicians want to rethink the army's role and consider deploying it within the country. 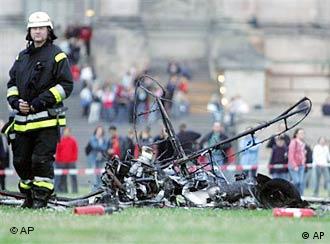 All that remained of the plane was a gutted wreck

Friday's crash of a small ultralight aircraft between the German parliament building and the chancellor's office and the recent spate of deadly bombings in London and most recently in Egypt have heightened security worries in Berlin. The former however was not linked in any way to a terrorist attack with police saying that the pilot --the only person on board -- who was killed in the crash --probably committed suicide due to personal problems.

But, politicians of all stripes jumped into a widening debate over the weekend over whether Germany needed extra measures to provide security to its population particularly at a time of a seeming raised threat of Islamic terrorism in Europe. 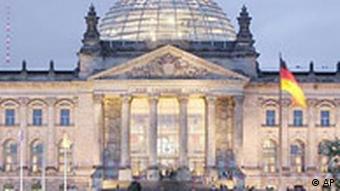 The burning plane in front of the German parliament on Friday

In a reference to the plane crash scare in Berlin, Günther Beckstein, Bavarian interior minister and member of the conservative Christian Social Union (CSU) said the German army or Bundeswehr must be in a position to monitor flight bans.

"We have to check the deployment of antiaircraft missiles and fighter helicopters in order to deal with every flying object," Beckstein told German newspaper Berliner Morgenpost. He stressed that technical conditions had to be improved because radar so far can only register flying objects up to a height of 300 meters.

"Due to the special interests of the capital, military securing of airspace has to be stepped up. What's necessary is the aerial preparedness of the Bundeswehr with fighter helicopters in Berlin," Wiefelspütz said. He added that technical conditions such as radar control had to be improved in order to better map low-flying objects.

However, the Bundeswehr has warned against jumping to rash conclusions as a result of Friday's crash of a small plane in front of the parliament building in Berlin and over dramatizing the situation. 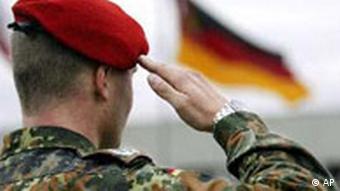 A soldier in the German Bundeswehr

Schubert said that though small light planes could not be registered by radar control, their destructive potential could not be compared to bigger machines. He added that the Bundeswehr was well prepared for attacks on the scale that took place in New York in 2001. Schubert added that the only way to prevent small aircraft from flying too close to sensitive areas was by designating "general non-flying areas" or by protecting individual buildings.

German Defense Minister Peter Struck also said that he was against the deployment of the Bundeswehr domestically. "The Bundeswehr is responsible for providing protection outside, the police for domestic security -- it's going to remain that way."

Struck added that where police capabilities were stretched as in a possible "terrorist attack by air," there were additional legal regulations. "Besides, the Bundeswehr is always at any given time available within officially defined parameters for cases of accidents and catastrophe," Struck said.

Angela Merkel, head of the opposition conservative Christian Democratic Union (CDU) -- who is widely expected to become chancellor in federal elections in September -- had set the discussion on the domestic deployment of the Bundeswehr rolling in light of the terrorist attacks in London and Egypt. 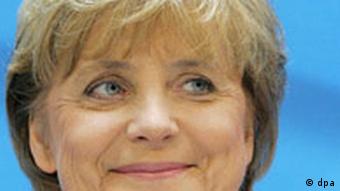 "If danger levels demand it, there should not be any taboos on considering whether the Bundeswehr can take over new responsibilities," Merkel said. She said a possible example could be the protection of sensitive buildings by soldiers.

Governments across Europe beefed up security on Thursday following a series of deadly rush-hour bombings in London, with police stepping up patrols in airports, rail stations and public transport systems. (July 7, 2005)

A debate has erupted in Germany about the political consequences of the London bombings. Opposition leaders have called for stricter anti-terrorism measures, while the ruling coalition says it's doing enough. (July 8, 2005)

The small Cessna aircraft crashed in a remote mountainous region of central Croatia. A search team discovered the wreckage using a drone.