Recent research forecasts a near doubling of cancer rates in the Eastern Mediterranean region by 2030. Breast cancer is currently the most common type of cancer worldwide, according to the World Health Organization. 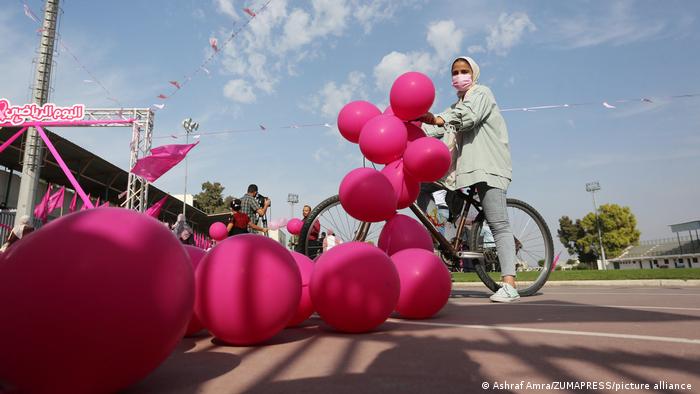 Each year, October is globally dedicated to raise attention for breast cancer

As cancer rates increase in Middle Eastern countries, various NGOs and charities have joined the annual Pinktober campaign to fight stigma, raise money and highlight the importance of breast cancer education and research.

"Among Arabs, cancer is growing at an alarming pace," according to a 2020 paper by the World Health Organization (WHO).

"We estimate that the incidence numbers in the Middle East are almost going to double, with a 1.8 fold increase between the surveyed time frames 2002-2020 and 2030," Mostafa Arafa, one of the authors of the study and a professor of epidemiology at Egypt's Alexandria University and the chair of cancer research at King Saud University in Riyadh, told DW on the phone. 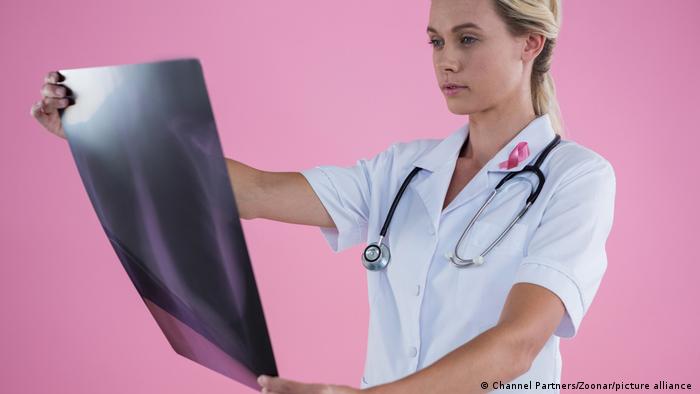 Breast cancer is currently the most common type of cancer worldwide, according to the WHO. In 2020, 2.26 million cases were recorded. Some estimate that the number is low as fewer people have sought cancer screenings during the pandemic.

One reason for the recorded increase is increased cancer screening options in numerous Arab countries. Along with poor medical infrastructure and a lack of access to affordable screenings, risk factors for cancers include environment, income, stress, conflict and economic development.

The WHO notes that genetic predisposition contributes to an estimated 10-30% of cancers and that another 70-90% in Arab countries result from lifestyle and environmental factors such as smoking, a lack of physical activity, unhealthy diets, alcohol use, emotional stress and air pollution.

A contributing factor to cancers in the Middle East could be an increase in the number of people classified as overweight or obese, which has been identified as a risk factor in recent global cancer research. According to the WHO, a body mass index (BMI) of 25 or more is considered overweight, while obesity is defined as having a BMI of 30 or more.

"Adiposity tissue is a predisposition for cancer," Arafa said. "A lack of exercise, obesity, smoking and an unhealthy diet are also directly linked to many tumors, prostate cancer for men, breast cancer for women and colon cancer for both," he added.

Data for adults aged 15 years and older from 16 countries in the region show the highest levels of overweight and obese people in Egypt, Bahrain, Jordan, Kuwait, Saudi Arabia and the United Arab Emirates.

"The prevalence of overweight and obesity in these countries ranges from 74% to 86% in women and 69% to 77% in men," according to the WHO.

To properly evaluate the growing breast cancer incidences, well-organized data is needed. "Good examples are Saudi Arabia, the Emirates and Egypt," Arafa said, "but many others simply don't have comprehensive cancer registries."

According to a report by the WHO, breast cancer is frequently underdocumented in mortality statistics. "Breast cancer still carries a stigma, and many women prefer to have a different reason for their passing in their death certificate," Arafa said.

For Pinktober, the Health Ministry in the Gaza Strip teamed up with a private charity to launch its "There's No Shame in It" campaign, setting up a mobile clinic to provide scans for about 150 women a day. According to the ministry, breast cancer makes up 32% of cancers diagnosed in women in Gaza. "Some of the community deals with the issue, breast removal or the word 'breast' as if it was obscene or shameful," Georgette Harb, the campaign's leader, told the Reuters news agency. 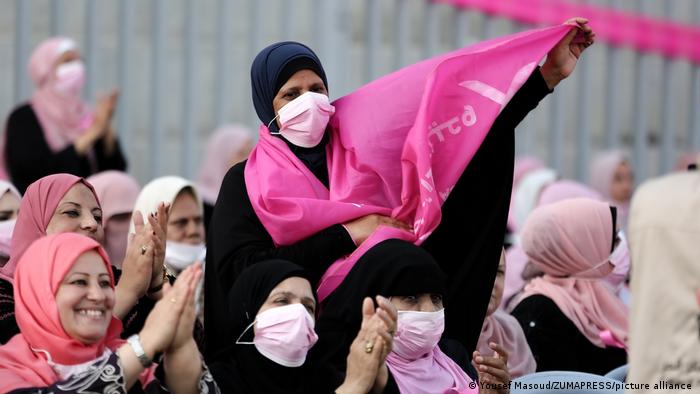 In Gaza, breast cancer is still seen as a reason for shame

Trained female personnel also teach women how to examine their breasts at home.

"Early detection of breast cancer can save lives," Arafa said. 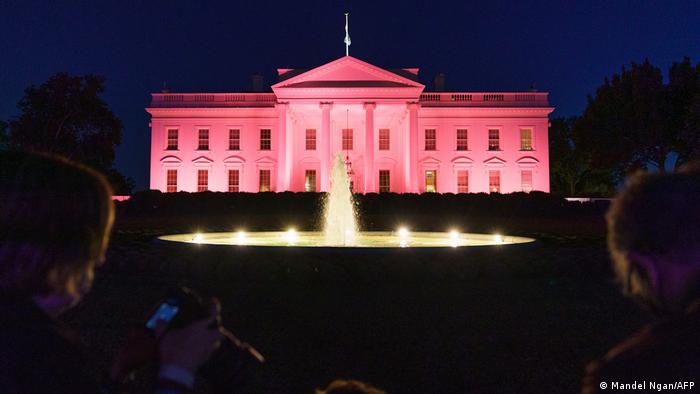 In support for the campaign, the White House in Washington was illuminated in pink this October

Though Pinktober pitches a positive vibe through the impressive stories that are shared by survivors and the amount of money that is donated for research and mammograms, it also reminds many survivors of — often traumatic — periods in their lives.

Psychologists define this "anniversary effect" or "anniversary reaction," as a unique set of unsettling thoughts or feelings that occurs around the anniversary of a significant experience.

More so, the ones, that suffer from incurable breast cancer are rarely mentioned at all.

Therefore, Susanne Mikhail Eldhagen, regional director of the UN Women Regional Office for the Arab States, told DW that she advocates celebrating not just survivors during Pinktober. "Let us remember and honor those whom we have lost to breast cancer as well as we advocate for more research and progress in women's healthcare in the Arab States region," she said.