The French designer shaped fashion in the 1960s and '70s with bold colors, futuristic shapes and a daring mix of fabrics. This revolutionary fashion moment is being celebrated in a new exhibition in Düsseldorf. 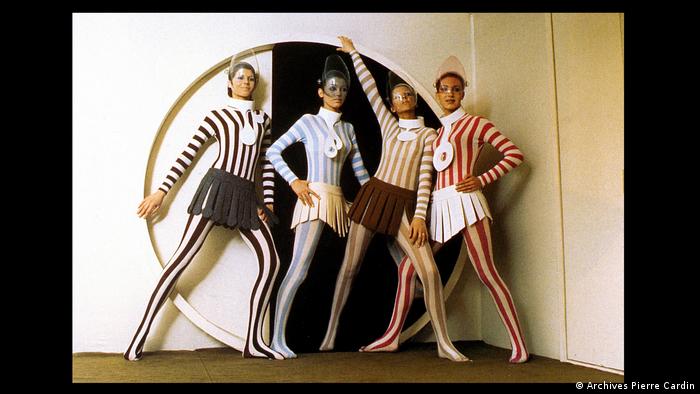 Geometric patterns, outsized sunglasses in the shape of bulls eyes, a wild mix of fabrics that include vinyl and plexiglass — the bold look created by Paris fashion designer Pierre Cardin caused a sensation in the 1960s and '70s.

At the "Pierre Cardin. Fashion Futurist" exhibit that opened this week at Kunstpalast Düsseldorf, more than 80 haute couture dresses and accessories from the French designer's creative peak are on display.

The show focuses on dresses, boots, glasses and hats, some of which cover the entire face, leaving only a narrow opening for the eyes. According to the museum, the spectrum ranges from "young, androgynous looks" to "futuristic space-age fashion and the dreamy elegance of evening wear." 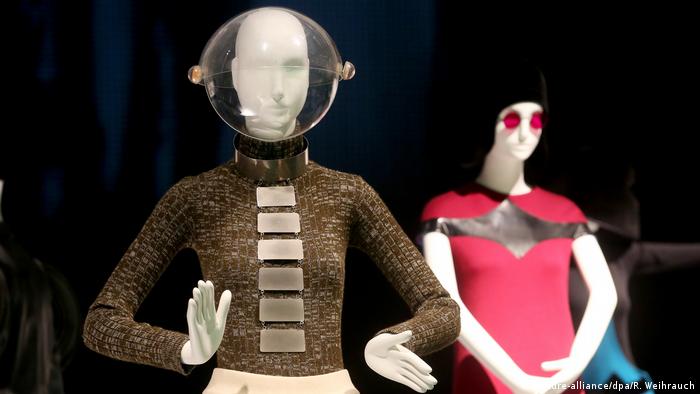 The use of bright colors, eye-catching cuts and strong contrasts reflected the intergalactic spirit of the time. The designer's enthusiasm for astronauts is unmistakable in many of his creations. 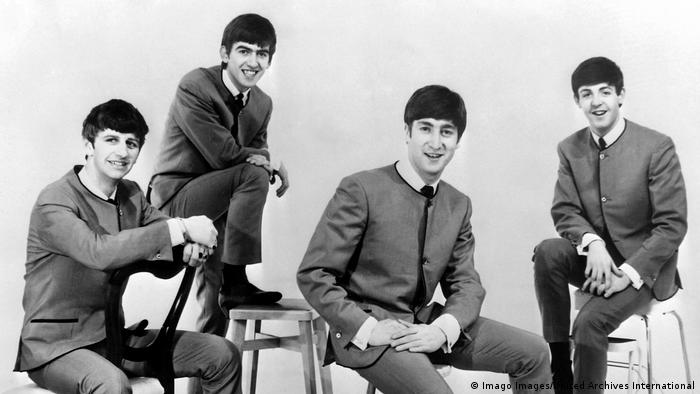 1963: The Beatles in Pierre Cardin suits

At the 1972 Olympic Games in Munich, the German team showed up in unisex Cardin jumpsuits with cut-outs in the stomach and breast areas.

Clear geometric forms, Cardin's trademark, made not only for recognizable clothing, but also inspired chunky metal jewelry, buttons and belts. These forms were reinforced by the unusual mix of different fabrics. 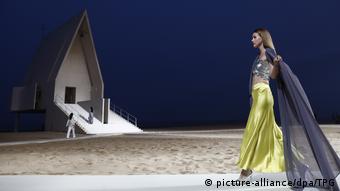 Cardin was especially able to fashion his unique style by cutting fabrics to size on his customers' bodies, said "Fashion Futurist" curator, Barbara Til.

Even at the age of 97, Pierre Cardin is far from considering retirement. Earlier this month, he presented his 2020 Spring/Summer collection in China.

Like in the '60s and '70s, the creations are decidedly futuristic. "My favorite clothes are those I create for a life that doesn't even exist yet — for the world of tomorrow," Cardin once said.

Avant-garde fashion, futuristic design: French fashion designer Pierre Cardin has been a fashion visionary for 70 year and is a last-surviving legend of haute couture's golden age. (30.06.2017)