Winner of the 2016 Anja Niedringhaus Courage in Photojournalism Award, war photographer Adriane Ohanesian documents the fate of people in conflicts neglected by the media. She told DW what drives her to face death. 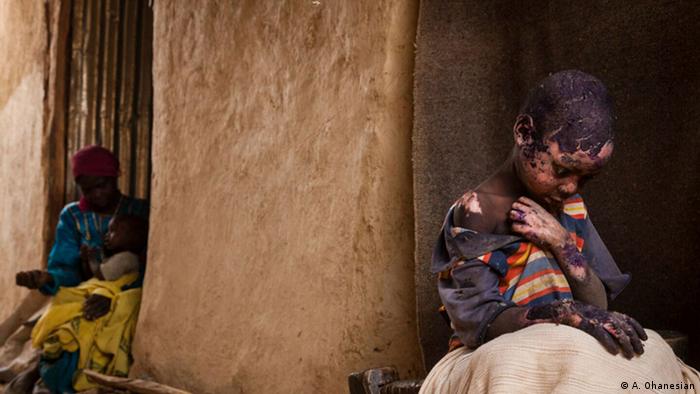 DW: You have a BA in conflict resolution. What does this education have to do with your job as a war photographer?

How can photographers help to resolve war conflicts?

In a lot of places I work, it is difficult for local people to get the word out about what's going on, especially Darfur. With my work, I just try to do my best to show people what is happening. I hope from there that can spark an idea, or spark some sort of movement to get people to wake up and see what's happening.

I have had a chance to share images with the UN Security Council, or the ICC [Eds. International Criminal Court]. So I have actually seen quite an interest in my work from people who do have a bit of influence, and that is wonderful, it's the ideal situation.

What's the hardest part of your job?

I think the hardest part of my job is realizing that I work within a lot of constraints. Sometimes I feel very powerless, but I just hope that the images can hopefully start some sort of change, to get people to wake up to some of the things that are happening.

War photographers are predominantly male, how is it being a female in this environment?

I think that in the places I work, everything is a struggle and I often feel that I can bring some things to the table that my male colleagues cannot, and vice versa. And again, I think on both sides we use our sex to our advantage when we can, and I say that meaning there are certain things I am more capable of, and there are things that men are more capable of. 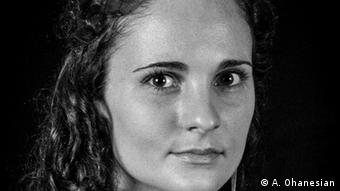 When does it help to be a woman? Can you give an example?

I think it helps to be a woman in situations where things can escalate quickly. You can use lots of things to your benefit, even if people have a negative opinion of your sex. If people find me less threatening, if they think I am less educated, less capable, I think that can work to my advantage.

I don't like having any attention on me when I am working so it's kind of nice to have people assume that I'm incompetent. I've also been able to access births and surgeries in Somalia, which would maybe never have been possible had I been a man. Speaking with victims of sexual violence, all of these things, again, there can be strengths and weaknesses for each gender. I don't see it as a hurdle, I see it as a given.

You are facing so much violence and drama, how do you handle that, how do you protect yourself?

Maybe naturally I can process things pretty well, but I think there isn't any reason to hide that these things have an impact one me. I've been crying while photographing, watching the death of a child. That will bring tears to my eyes when I photograph it.

I found out that one of the towns that I stayed in Darfur has fallen to the government forces a few weeks ago. That crushed me. It was very upsetting, I cried. Of course it affects me, but I try to just continue with my work.

It absolutely affects me, hopefully not to the point where it will hinder me from going about my life and my work. I think it helps taking time off, separating yourself from some of these things. But, yes, sometimes I just have to cry while doing my work.

What does the Anja Niedringhaus Courage in Photojournalism Award mean to you?

It is a tremendous recognition. I don't have nearly as much experience as women like Anja Niedringhaus. These women are people I looked up to, and kind of only hope to achieve the things they achieved. It is also just an amazing feeling because I don't reflect back on my work a lot. I like to be working; that is when I am the happiest, so sometimes it is nice to know that the people have been watching, to have the recognition for what I've been working so hard at, especially the Darfur work.

Adriane Ohanesian is a freelance photojournalist based in Nairobi, Kenya. She has been reporting primarily in Africa since 2010 and has documented the civil war in South Sudan, the border demarcation between Sudan and South Sudan, the fighting in the Nuba Mountains of South Kordofan, and most recently the conflict in Darfur. Her photographs have been published by "Al Jazeera," "The Wall Street Journal," "National Geographic," and "TIME."

The Anja Niedringhaus Courage in Photojournalism Award recognizes the exemplary work of women photojournalists who overcome extraordinary challenges to bring us images of pressing global issues and is named after the award winning German photographer Anja Niedringhaus who was killed in Afghanistan in 2014.

Kenya-based photojournalist Adriane Ohanesian has won the Anja Niedringhaus Courage in Photojournalism Award. Her photos document the fate of people in nearly-forgotten conflicts, such as in the region of Darfur. (10.05.2016)

German-Afghan photographer Lela Ahmadzai tells DW how she stays safe while working in Afghanistan and how she's molding a new image of the country. Her works are now on show in Berlin. (01.12.2015)