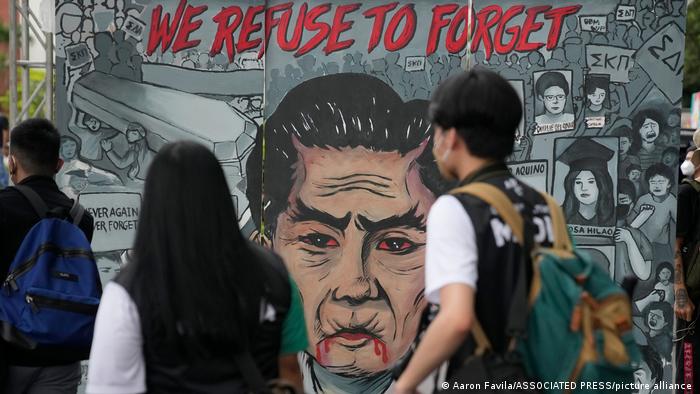 Marcos Sr assumed emergency powers on September 21, 1972, commencing one of the darkest periods in Philippine history

Many demonstrators carried signs reading "never again" and displaying images of victims of the martial law era, which lasted 14 years until Marcos Sr. was ousted following a popular uprising.

Former political detainees, activists and youth leaders reflected on the commemoration and the state of human rights in the Philippines, with the former dictator's son and namesake now ruling the country as president.

Bonifacio Ilagan was a 23-year-old student activist in the '70s when state forces raided the safe house where he and the publishers of an underground newspaper were hiding. Ilagan was detained and endured torture for two years.

"Watching news that addresses the son of the dictator as president makes me cringe. I will not forget what he said about the torture victims being only after money. Money never crossed our minds when we fought his father's dictatorship," Ilagan told DW.

Ilagan's sister, Rizalina, was also arrested. To this day, she remains missing. Her name is inscribed on the Bantayog ng mga Bayani (Monument of Heroes) memorial wall along with that of more than 300 others. 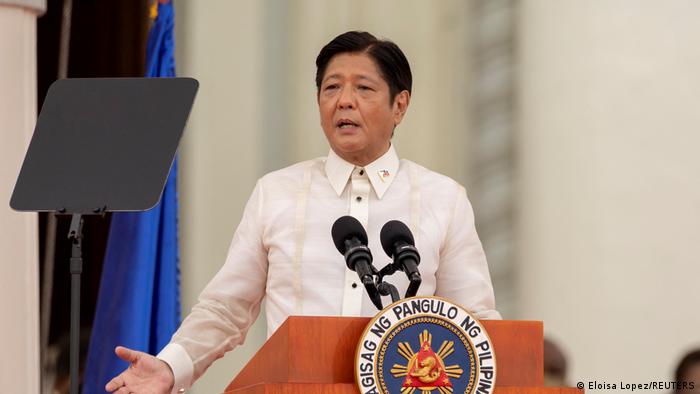 Ferdinand Marcos Jr. is the son of an ousted dictator with the same name

Now, Ilagan fears that truth memorials and other political institutions that hold the memories of the martial law years are under threat by the Marcos Jr. regime.

"We will be relentless in pursuit of truth and justice. I have spent more than half of my lifetime in the struggle, I think I know what it entails," Ilagan, who is also co-convenor of the Campaign Against the Return of the Marcoses and Martial Law (CARMMA), told DW. "History and consciousness are still the basis arenas of resistance."

According to Amnesty International, during the nearly two decades of martial law, about 70,000 people were detained on charges of subversion, more than 34,000 were tortured, and more than 3,000 were murdered in extrajudicial killings.

No longer just a history lesson

The tour used interactive games like a treasure hunt to educate participants about the Marcos family's ill-gotten wealth. The latest data from the Philippine Commission on Good Governance (PCGG) — the government agency tasked to recover the amassed wealth — suggested that 125 billion pesos (€2 billion) remain to be accounted for.

"Events like this are more meaningful and important now," Naguit told DW. "True history is not an academic exercise anymore. It is something that has real stakes in the lives of Filipinos."

More than half of the 65 million registered voters are between 18-41, according to data from the Commission on Elections. A large portion of this group was born after the ouster of Marcos Sr. in a peaceful revolution in 1986.

Naguit, 27, did not experience the martial law era but rejected the notion that the youth are more accepting of a Marcos, Jr. presidency.

"It's one thing to see the horrors of the past, and quite another to have it fully return to us," he said.

But for Isnihayah Tomawis, 27, martial law is "still a blur." 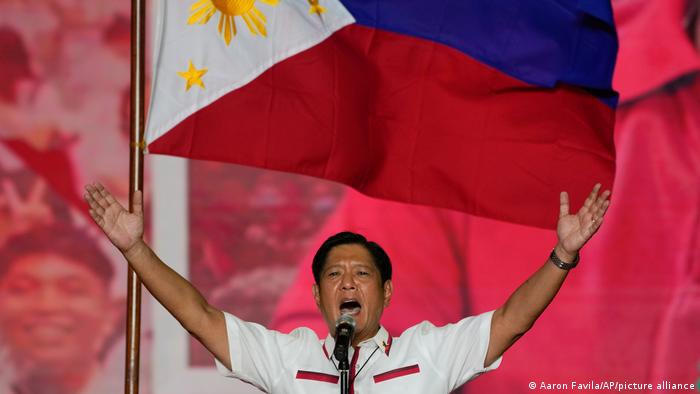 Marcos Jr. has seen widespread popularity among young people who do not remember his father's rule

Tomawis, a resident of Marawi City on the southern Philippine island of Mindanao, told DW that her elders, as living witnesses of history, are her primary source of information.

"What my elders remember about martial law is not the same as what I have read in books," said Tomawis.

"People just bury the past and move on with their lives — at least that's what my grandmother always tells me. This is one of the reasons why until now martial law is a neutral thing for me," she added.

Meanwhile, Melanie Joy Feranil, spokesperson for the College Editors Guild of the Philippines (CEGP), told DW that campus journalists are not exempt from state repression and have been relentlessly labeled terrorists or terrorist supporters.

Last June, six CEGP members and nine campus journalists were among those illegally arrested, along with farmers who were cultivating a piece of land. Other reporters have been injured and arrested while covering other protests.

"Crisis generates resistance. The youth, especially the student press, will be active in asserting the resistance," Feranil, 22, told DW.

Kill legacy of their fathers

Karapatan reported that 2017 was the bloodiest year for human rights defenders. At least 134 were killed, most of whom were farmers advocating for land rights.

According to Human Rights Watch, at least 13 Karapatan members have been killed since 2016. The Supreme Court has not issued a decision on Karapatan's petition for legal protection.

"Our domestic mechanisms are largely ineffective in delivering justice and in exacting accountability. There is practically an infrastructure for the state of impunity," she said. 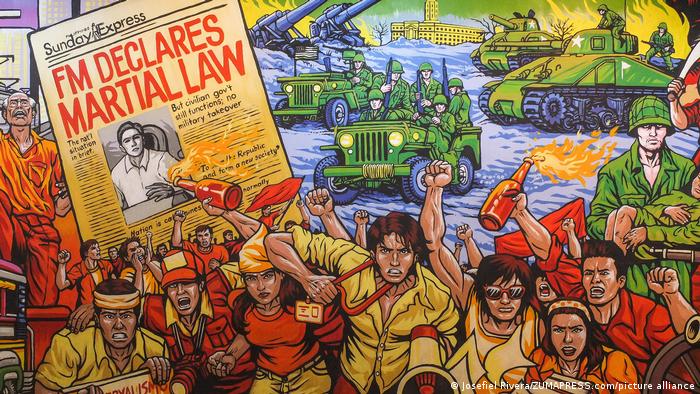 A Philippine journalist often critical of former President Rodrigo Duterte was shot dead by two assailants on a motorcycle. "Authorities have failed to protect journalists," the National Union of Journalists says.