Investigators are still searching for answers as to what caused the crash of the Lockheed C-130 over the weekend, killing 52 people. 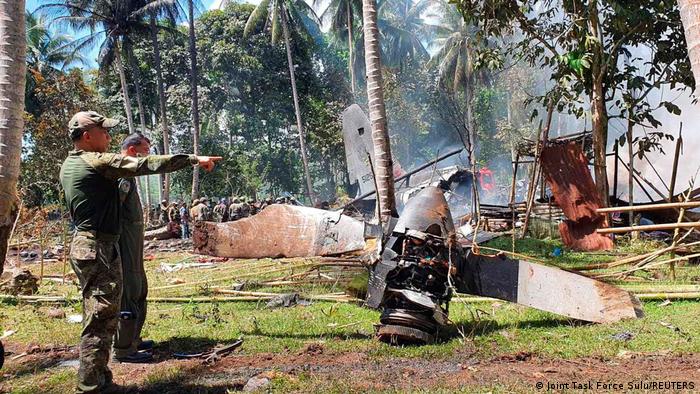 Military investigators recovered the black box Tuesday of the military transport plane that crashed over the weekend in the town of Patikul on Jolo island 1,000 kilometers (620 miles) south of the capital Manila.

Cirilito Sobejana, the chief of staff of the Philippines armed forces, said troops had cordoned off a 1-kilometer radius around the crash site in their search effort.

"The area is restricted so that the pieces of evidence they gather are uncontaminated," Sobejana told dpa.

He added, "It's hard to speculate what really happened [...] It's good that the black box has been recovered and we can hear the last conversations of the pilots and crew."

The pilot did not survive the crash. The biggest clues as to what went wrong will come from the black box. 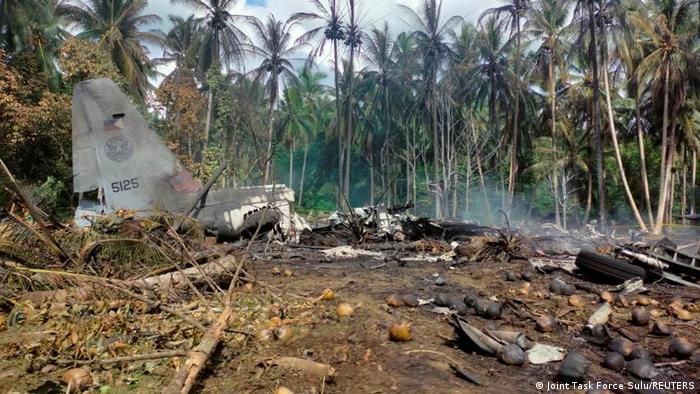 The crash site of the Lockheed C-130 in Patikul

How many were killed and injured in the crash?

The Lockheed C-130 was carrying 96 passengers, most of them recent military graduates, headed to Jolo island to assist in counterinsurgency operations against the Abu Sayyaf terrorist group.

The death toll rose to 52 on Monday after two soldiers succumbed to the injuries they sustained in the crash. 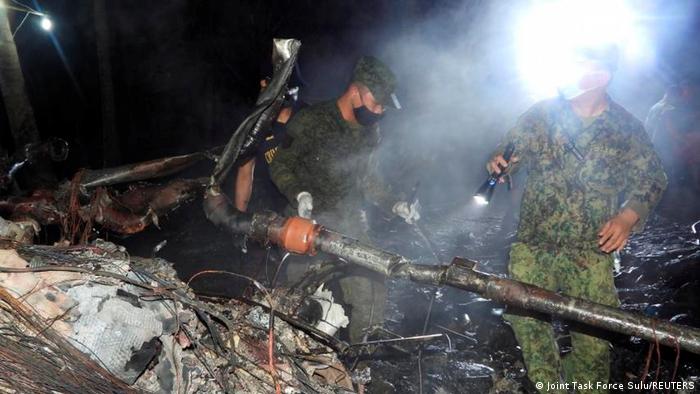 What is known about the crash so far?

Sobejana, the armed forces chief of staff, told Reuters, "I spoke to the survivors and they said the plane bounced two to three times and zig-zagged. The pilot tried to regain power because he wanted to lift the plane but it was too late. The right wing hit a tree."

Witnesses on the ground said that part of the landing gear did not come out, while others said the plane approached the ground much too fast.

Sobejana disputed earlier accounts and said no one jumped from the plane before it crashed and burst into flames.

The large number of survivors can be attributed to the fact that the front of the airplane's fuselage was sliced open on impact and those not knocked unconscious in the crash seized the opportunity to flee from the wreckage.

Military spokesman Edgard Arevalo said the plane was in "very good condition" and had 11,000 flying hours remaining before it was due for maintenance