Philippines: A country prone to natural disasters | Asia | An in-depth look at news from across the continent | DW | 10.11.2013

Typhoon Haiyan is one of the deadliest natural disasters ever to hit the Philippines. But it’s far from the only one - the Southeast Asian country is located in an area that has been struck by a number of major storms. 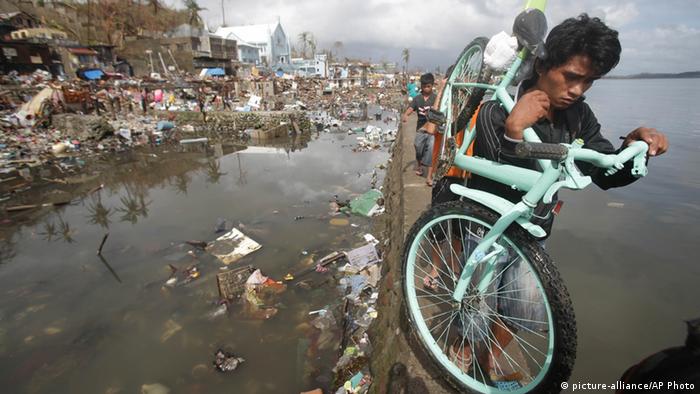 The Philippines has suffered from an inexhaustible number of deadly typhoons, earthquakes, volcano eruptions and other natural disasters. This is due to its location along the Ring of Fire, or typhoon belt – a large Pacific Ocean region where many of Earth’s volcanic eruptions and earthquakes occur.

Annually, approximately 80 typhoons develop above tropical waters, of which 19 enter the Philippine region and six to nine make landfall, according to the Joint Typhoon Warning Center (JTWC).

The Philippines is in fact the country most exposed to tropical storms in the world. Violent tropical storms, such as the latest Haiyan typhoon, can generate 10 times as much energy as the Hiroshima atomic bomb.

Here is a list of earthquakes, volcanic eruptions, typhoons, cyclones and other natural disasters the Philippines has had to cope with during the past decade - leaving thousands of people dead and the country's infrastructure and economy in tatters. 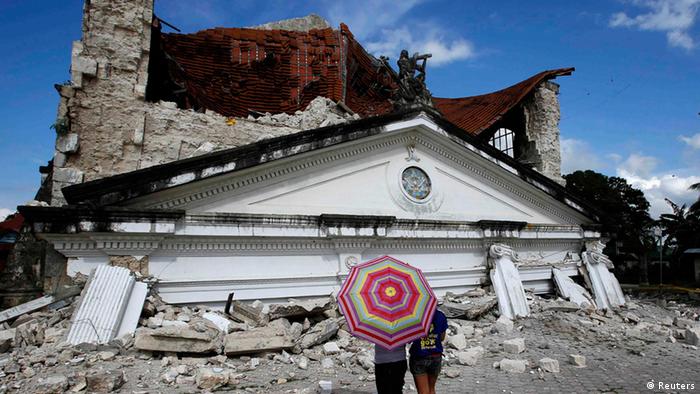 In the early morning hours of October 15, 2013 the island province of Bohol, located in Central Visayas in the Philippines, was disrupted by the deadliest earthquake in the Philippines in 23 years. The earthquake lasted 34 seconds and had a magnitude size of 7.2. The Bohol earthquake had an impact on the entire Central Visayas region. According to the National Disaster Risk Reduction and Management Council (NDRRMC) 222 people died, 976 were injured, and more than 73,000 houses were damaged or destroyed. It has been estimated that the energy the quake released was equivalent to 32 Hiroshima bombs. 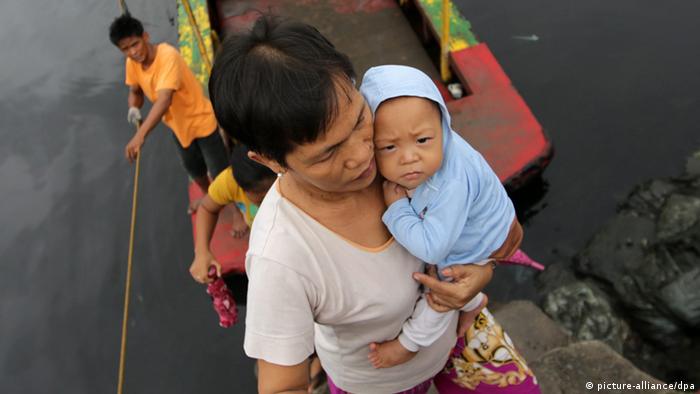 Super typhoon Bopha made landfall on December 3, 2012, on the Philippines' southern island of Mindanao, which had been destroyed by the Washi storm a year before. Bopha caused widespread destruction on the island with more than 600 fatalities. The super typhoon reached an unusually minimal latitude, coming extremely close to the equator and is in fact the second-most southerly super typhoon labelled “category 5” – the highest level when it comes to a typhoon's maximum wind force and the scale of the potential damage it can inflict. The damage was estimated at more than $1 billion (749 million euros). 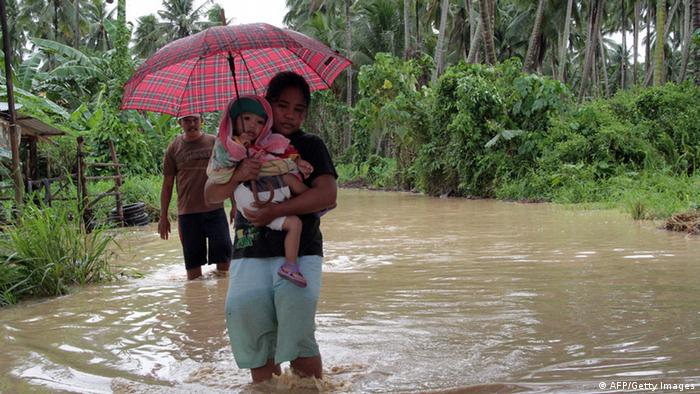 All the conditions were present in making the mining community of Pantukan town on the southern Philippine island of Mindanao vunerable to landslides – steep slopes, rugged land and poor vegetation, the director of the Philippine Institute of Volcanology and Seismology, Renato Solidum, said following the January 5, 2012 disaster. Twenty-five people were killed when the landslide struck a gold mine site near the town. Following the landslide, a 30-day suspension of all mining operations in the town was ordered. 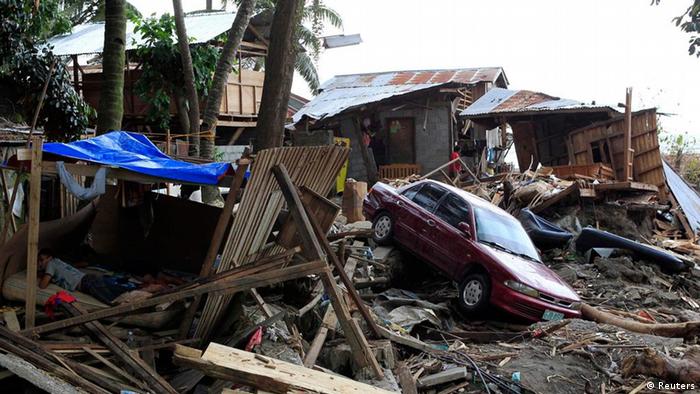 One of few storm cells to hit the southern Philippines, tropical storm Washi triggered flash flooding that surged down mountain sides, uprooting trees and swelling rivers - all while residents slept. The storm left 1,080 people dead and destroyed the coastal cities of Cagayande Oro and nearby Iligan, turning them in rubbish dumps filled with overturned cars, debris and animal carcasses. Houses with families sleeping inside were swept into the sea in an area of the Philippines ill-equipped to cope with storms. It took months for power and clean water to be restored again to the region. 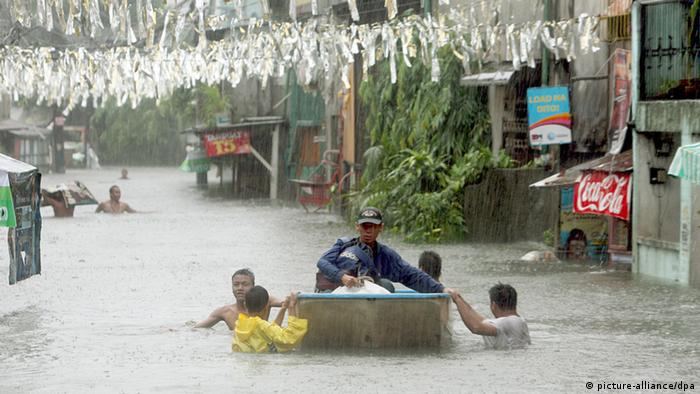 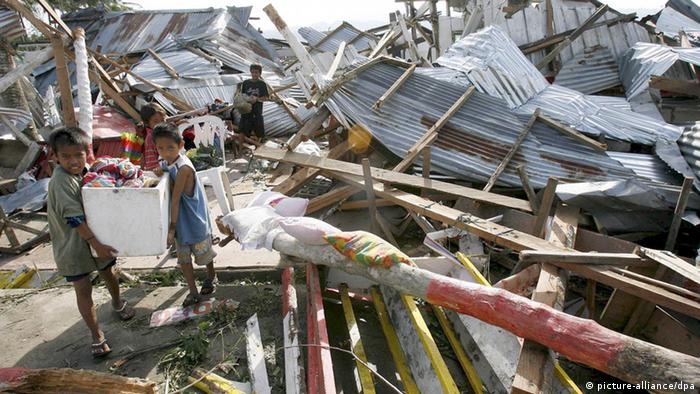 On November 25, 2006, an intense tropical cyclone called “Durian” hit the Philippines, blowing away houses, uprooting trees and taking the lives of at least 720 people. Due to heavy rainfall, Legazpi City had to fight widespread flooding while mudslides from the Mayon Volcano buried many villages, causing another 800 to 1,000 casualties. After hitting the Philippines, Durian exited into the South China Sea and hit Vietnam shortly afterwards. All in all, Durian caused the death of almost 2,000 people while hundreds more remained missing. Damages in the Philippines was put at $130 million (97 million euros). 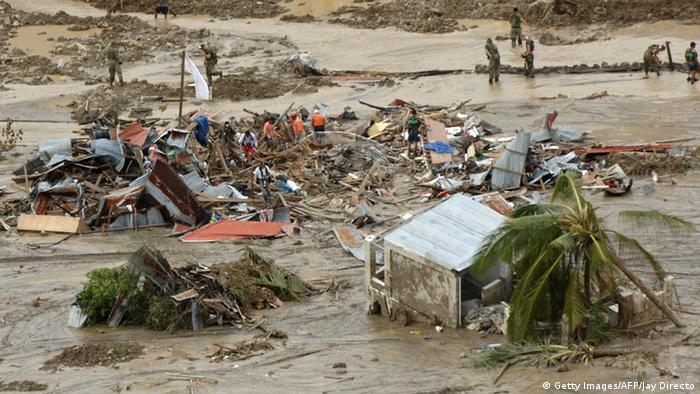 The village of Guinsaugon, on the southern part of Leyte island, was buried when an entire mountainside collapsed on 17 February, 2006 – 1,126 people were killed in the disaster. A school, along with 500 homes were wiped out when a rapid flow of mud made its way down the mountain slope. The disaster occurred after torrential rains of up to 200 centimeters (78 inches) dumped down on the region within 10 days. Locals blame deforestation, caused by illegal logging, to be a contributing factor in the disaster. 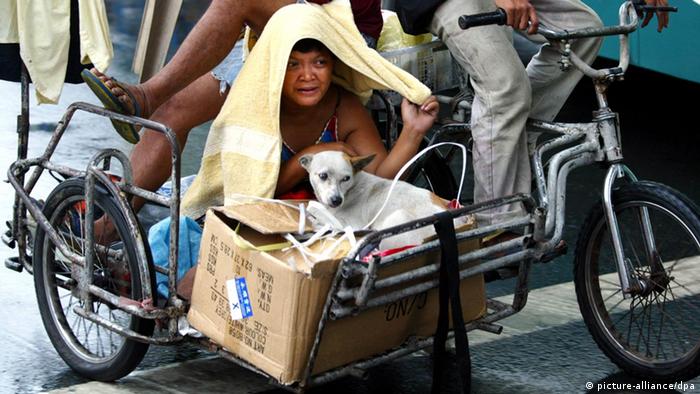 Although Winnie is only considered a weak tropical cyclone and is rather referred to as “Tropical Depression,” the storm killed 842 people in the Philippines, while 751 went missing. The damage caused by the storm, which hit the Philippines at the end of November, 2004, has been estimated at 679 million Philippine pesos (11.8 million euros, $ 15.8 million). Only shortly after Winnie devastated the country, the Philippines were struck by an even more powerful tropical cyclone called “Nanmadol” which killed another 70 people.

The Philippines is a tropical country in Pacific Ocean, blessed with beautiful natural landscapes - and active volcanoes and extreme weather patterns. (10.11.2013)

The Philippines has been struck by one of the strongest typhoons ever recorded, affecting millions of people and leaving thousands feared dead. International aid organizations are mounting a massive relief effort. (10.11.2013)