Stamm's debut novel "Agnes" captivates the reader with its pure, stripped-down language and dialogue. Yet the many short sentences and simple constructions are only one layer in a work of alluring complexity and depth. 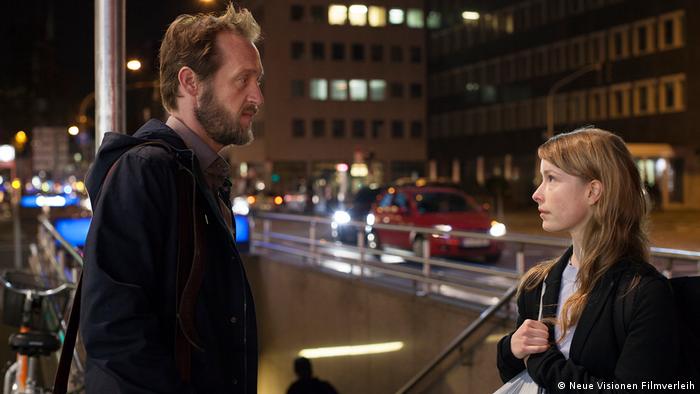 "I was sitting in the public library, leafing through bound volumes of the Chicago Tribune, as I'd been doing for days, when I first saw Agnes."

A young man meets a young woman. He falls in love with her. They become a couple. The young man, who narrates the story, is writing a book about American luxury train travel. The young woman is writing a dissertation on "the symmetries of crystal structures."

The young man also pens stories on the side. He's not a writer — at least, not one who can live from his books. After he and Agnes get together, she badgers him to start writing a new book; a book about her. And in fact, the young man begins working on a new piece of writing that has her as the subject.

"I saw Agnes for the first time in the Chicago Public Library in April that year."

Anyone who thinks that Peter Stamm is staging a highly complex game about real life and imagined literature, or about fiction and reality, is mistaken. Agnes is first and foremost a love story told in a way that makes an impression.

The Swiss author does provide plenty to ponder over, but the second level, which Stamm incorporates through the book-within-a-book, does not weigh the novel down. Agnes can be read for what it actually is at first glance: The story of two people who get to know one another intimately, and who fall in love with one another.

This doesn't mean that Stamm's love story is free of sudden, sharp twists and turns. An early passage reads:

"I had coffee after dinner. Agnes ordered a tea. We'd been sitting in silence for a moment when she suddenly said: 'I'm afraid of death.'" 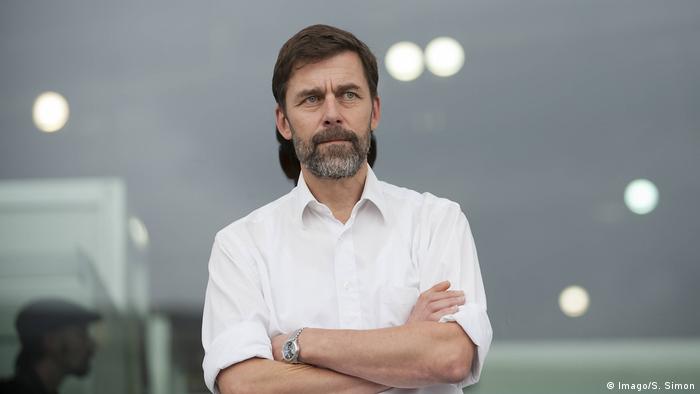 The topic of death creeps into the narrative early on, giving the action just a touch of melancholy, even sorrow. The reader doesn't have to get far to know that everything will not end happily. It's clear after the first three words of the book: "Agnes is dead."

Peter Stamm's debut novel Agnes, published in 1998, already bears the hallmarks that have defined the Swiss author since: simple language that has been stripped down to its bones; dialogue that is similarly understandable; stories that even readers with no background in literature can understand right away.

And yet Stamm's texts, a half dozen novels and numerous stories written over the past 20 years, are truly impressive, precisely because they always reference to something else, something larger that also could be of significance beyond the main plot.

At one point in Agnes, the first-person narrator comments on the book that he has begun to write:

"'Something needs to happen to make the story more interesting,' I finally told Agnes." 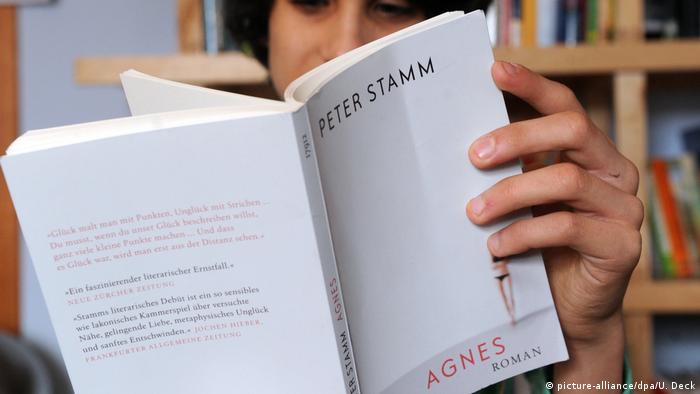 Peter Stamm's novel "Agnes" features a book within the book

And, in fact, from this point onward the love story between the narrator and Agnes goes in a different direction. Does this happen now because it was hinted at in the narrator's manuscript? Does the course of action in Agnes change because of this text about Agnes?

These are questions that Peter Stamm confronts the reader with as the story unfolds. The answers must come from the reader alone. It is exactly these blank spaces that make Stamm's novels so fascinating, especially his debut novel, Agnes.

Peter Stamm was born in 1963 in the Swiss canton of Thurgau. He is one of Switzerland's most successful authors and has found great acclaim in Germany. His works include short stories, novels, radio dramas and plays. His work has received numerous German and Swiss literature awards.

What's life like for a 12-year-old growing up in the 1960s in the industrial Ruhr area of Germany? Rothmann's masterful novel brings the adolescent protagonist's world to life through precise psychological details. (08.10.2018)