A pregnant woman was seriously injured after an earthquake struck northern Peru. A 16th-century cathedral was among the buildings damaged. 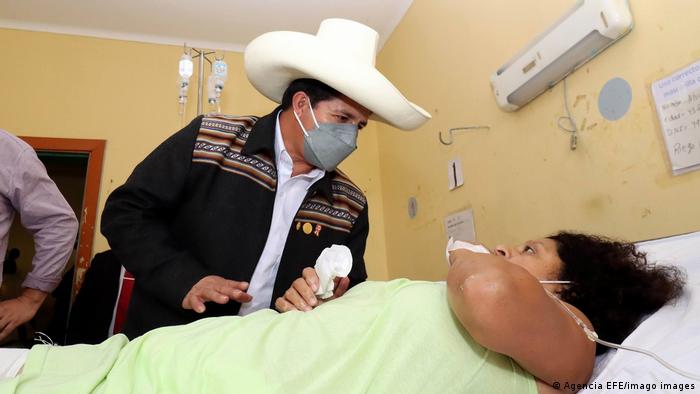 At least 40 people were injured when a magnitude 6.1 earthquake shook northern Peru on Friday.

Three people, including a pregnant woman, were seriously injured after walls collapsed in Sullana, the city's hospital reported.

Just a day after his inauguration, President Pedro Castillo paid a visit to the hospital to speak to some of the wounded.

The US Geological Survey reported that the quake's epicenter was roughly 5 miles (8 kilometers) away from Sullana, the capital of the Sullana Province. Tremors were also felt in southern Ecuador, such was the magnitude of the earthquake.

Local television footage showed that part of the facade of a 16th-century cathedral in nearby Piura fell off as a result of the earthquake.

Peru's Pacific coast often suffers severe earthquakes. Lying on the Pacific Ring of Fire, the coastal region is an area marked by seismic upheaval, with some 128 volcanoes still active.

The Amazon – The challenge of communicating diversity. The cases of Colombia, Ecuador, and Peru.