Global shipments of personal computers have fallen to a record low in the first quarter, according to two research firms. Experts have partially attributed the slump to Microsoft’s new Windows 8 operating system. 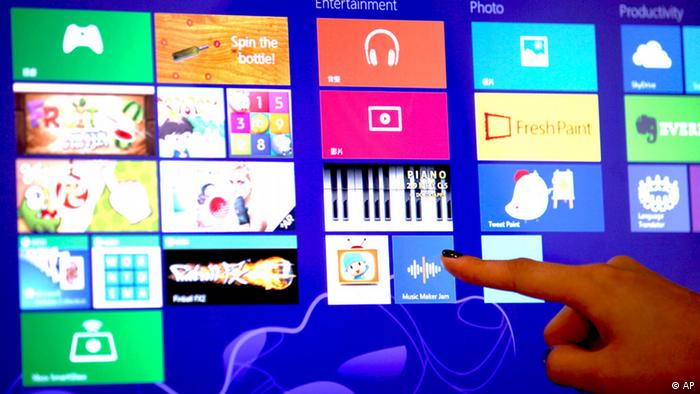 Personal computer sales fell a record 13.9 percent in the first quarter, the largest decline since research firm International Data Corp (IDC) started tracking the sales in 1994. The research group said the decline was twice as large as expected.

Customers around the world bought just 76.3 million PCs in the first quarter of 2013, the fourth consecutive quarter of year on year declines.

Another research firm, Gartner Inc., pegged the first quarter decline at 11 percent, with the deviation between IDC due to the firms' slightly different definitions of PCs.

IDC said the shift towards tablets and smartphones "continue to divert consumer spending," plus PC makers have failed to come up with competitive touchscreens and capabilities and ultra-slim systems.

"The PC industry is struggling to identify innovations that differentiate PCs from other products and inspire consumers to buy, and instead is meeting significant resistance to changes perceived as cumbersome or costly," the company said.

IDC also said that the introduction of Microsoft's highly anticipated Windows 8 operating system, released in October, did more harm than good. Windows 8 has a look similar to the design of the software running the most popular smartphones and tablet computers, however the overhaul requires a relearning process, which many consumers and corporate buyers weren't ready for.

"At this point, unfortunately, it seems clear that the Windows 8 launch not only failed to provide a positive boost to the PC market but appears to have slowed the market," said IDC program Vice President Bob O'Donnell.

"Microsoft will have to make some very tough decisions moving forward if it wants to help reinvigorate the PC market," he added.

However, China's Lenovo Group, the industry's No. 2, is the only seller among the world's top 5 PC makers to report steady sales, IDC found.

Both IDC and Gartner Inc. track shipments of PCs from the manufacturer rather than retail sales, as shipments correlate closely with sales.