German prosecutors have accused Lutz Bachmann, leader of the controversial anti-immigrant group, with inciting hatred. It is the culmination of an investigation that began months ago. 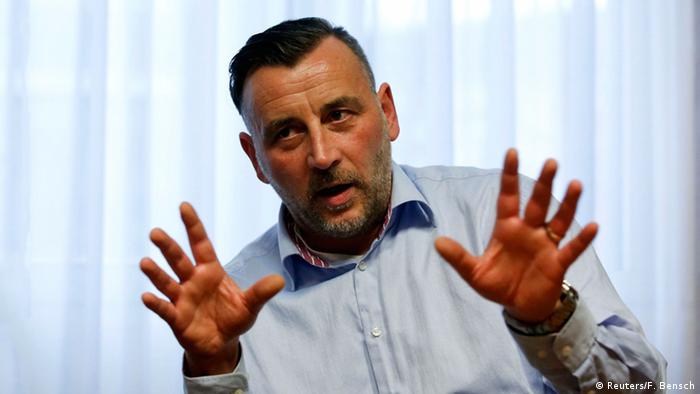 The 42-year-old Bachmann, who came under fire a year ago after referring to migrants as "filth" and "cattle" on his Facebook page, was charged with inciting Germans against migrants, according to German prosecutors.

Bachmann founded the group Patriotic Europeans Against the Islamization of the West, or PEGIDA, last year, organizing weekly demonstrations in the city of Dresden. He stepped down after the outcry following his social media posts, as well as selfies that surfaced online showing him with a Hitler moustache. He later apologized for the comments, calling them "ill-considered."

He was reinstated as the group's chairman in February. Anti-immigrant demonstrations have continued in Dresden, with numbers increasing in recent weeks as refugee figures soar.

Dresden prosecutors, who opened the investigation into Bachmann in January, said he posted the comments knowing they would rouse anger at migrants and lead to public disorder. The charge of inciting hatred leaves Bachmann susceptible to fines and up to five years in jail.

The indictment comes as Germany tries to cope with a massive number of refugees streaming across its border, stoking German anxiety about immigration in general.

As Dutch populist Geert Wilders urged anti-Islamization group PEGDIA to take a stand against immigration, some 3,000 demonstrators took to the streets to protest his presence. Naomi Conrad reports from Dresden. (13.04.2015)

Amid the refugee crisis, violence at the most recent LEGIDA rally in Leipzig has sparked media interest in Germany. DW spoke to Marcel Nowicki, co-founder of the counter movement "NO LEGIDA." (15.09.2015)