NSO Group has launched legal action over reports in the Israeli business paper Calcalist that police used the tool to allegedly snoop on politicians and activists. 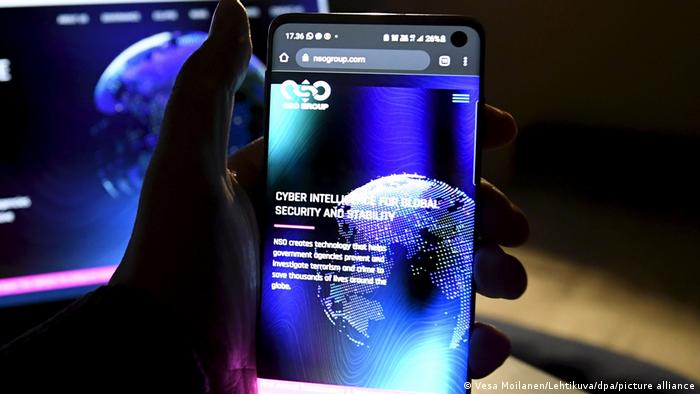 Pegasus spyware has been implicated in scandals in Hungary, Saudi Arabia, India, and elsewhere

The Israeli tech company NSO Group on Sunday filed a libel action against a local newspaper that reported its spyware had been used by police against dozens of prominent Israelis.

The articles, published by the business newspaper Calcalist, claimed that law enforcement had unfettered use of the phone hacking software known as Pegasus.

What did the newspaper allege?

Thereports said police spied on politicians, protesters and even members of former Prime Minister Benjamin Netanyahu's inner circle, including one of his sons.

The revelations caused public outrage and some politicians said the police action had threatened the country's democracy. However, an investigation later found no indication of abuse.

The probe led by Israel's deputy attorney general found no evidence to support the claims, although the journalist, Tomer Ganon, has stood by his work.

Why is NSO suing the paper?

NSO said it wanted corrections made and a payment of one million shekels ($309,367 or €274,440) after its letter demanding a formal correction went unanswered.

The spyware firm said if it wins, the money will be donated to charity.

The lawsuit focuses on one article published earlier this month, which said the company allowed clients to delete traces of their use of the spyware, which NSO denies.

According to the NSO representatives, the entire series of articles was "one-sided, biased and false."

"The thorough investigation that was carried out pulls the rug out from under another attempt to discredit the company and its workers and serves as additional proof that not every journalistic investigation with a sensational headline about NSO is indeed based on facts," the company said in a statement.

The lawsuit also accuses Calcalist of "distorting" the government's probe to make it appear as though it confirmed the reporting.

The newspaper's editorial board said they would "respond in court" to the accusations, according to a spokesperson.

The spyware tool enables users to remotely activate a phone's microphone and camera and access its data.

The operator can also sweep up a phone's contents, including messages, contacts and location history.

Pegasus has been used to snoop on human rights activists, journalists and politicians in countries ranging from Saudi Arabia to Poland to Mexico to the United Arab Emirates.

In November, the US Commerce Department blacklisted the company, saying its tools had been used to "conduct transnational repression."

The EU's data protection watchdog earlier this month called for the spyware to be banned.

NSO says it sells the product only to government entities to fight crime and terrorism.

The company does not identify its clients and says it has no knowledge of who is targeted.

Although it says it has safeguards in place to prevent abuse, it says it ultimately does not control how its clients use the software.

State Department officials were reportedly targeted by Israeli spyware that has previously been implicated in cyberattacks on journalists, activists and politicians. Tech company Pegasus said it was investigating.

The NSO Group group has been under fire since media reports that its Pegasus software was used to spy on journalists and political figures around the world.

The governments of Hungary and Poland are the only EU member states to have used the Pegasus software to spy on their critics. Now, Hungarian journalists who were targeted have filed the first lawsuits against the state.