Pay up or put it off: Europe fails to treat mental health

Long waiting lists, high fees and bureaucratic hoops: In many EU countries, psychological treatment in public health care is inaccessible or inadequate for the people who need it most. 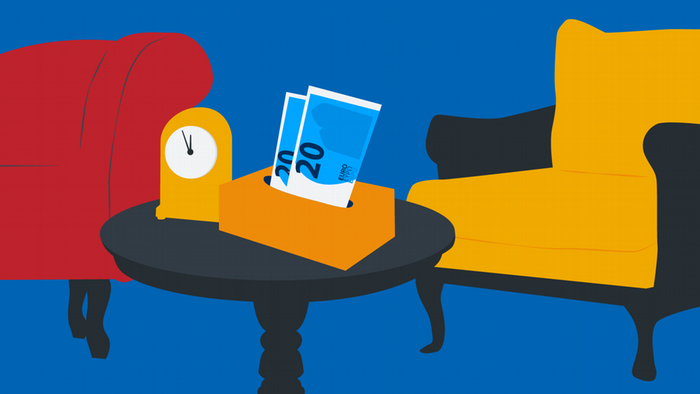 In the EU, one in 25 people have been diagnosed with depression, one in 20 with anxiety. Yet national public health care systems often don't provide adequate treatment, according to an investigation by the Spanish Newsroom Civio, within the European Data Journalism Network.

Not all people who need treatment for mental health issues receive it or are even diagnosed. In fact, a 2017 report funded by the European Commission found that "although effective treatments exist, around 56% of patients with major depression receive no treatment at all."

This treatment gap seems to be larger in some more recent EU member states. Poland and Romania, for example, have the lowest reported prevalence of anxiety and depression in the European Union. But it's not because there are no potential patients.

"There is a lot of shame and fear associated with the idea of going to a psychiatrist," said Maria, who visits a psychotherapist in Romania and asked not to reveal her real name. "No one talks about it openly, so no one knows what to expect from an appointment with the psychiatrist. No one wants to be labeled as crazy."

Even when people overcome stigma, there may be obstacles to the necessary treatment. "Evidence shows that access to mental health care can be unsatisfactory even in high-income countries with universal health care coverage," a 2016 EU analysis found.

Take France, for example: The country doesn't grant access to psychologists at all under the national health care system. Instead, it only covers psychiatric treatment.

In at least nine EU countries, people must pay additional fees for access to a psychologist via the public health care system. The price varies from country to country and even region to region. In Denmark, for example, the average additional cost incurred for a session covered by the public health care system is €51 ($61) — the equivalent of three hours of labor for someone who earns the country's average minimum wage of €2,428 per month.

A solution that arrives too late

But, even when therapy is officially free, it might still be inaccessible. In at least seven EU countries, people have to wait more than a month for an appointment with a psychologist. Even in Germany, the EU country with the best ratio of patients to health care personnel, patients have to wait four to five months on average.

"To prevent mental illnesses from worsening or becoming chronic, it is important to start treatment as soon as possible," said a spokesperson for the Federal Chamber of Psychotherapists in Germany.

This does not always work out in practice. "I had to wait six months to even see a psychiatrist," said one patient from Germany who asked to be called Isabell. "It was a real shock. I couldn't believe how many bureaucratic hoops I had to jump through."

Officially, people in Germany are entitled to reimbursement for sessions with a private psychologist if wait times are unreasonably high. But many health care providers are reluctant or even categorically refuse to approve reimbursements.

A BBC investigation revealed similar problems in the United Kingdom: Health care providers only applied the reimbursements to the first appointment with the specialist. Wait times exceeded the target of six weeks for subsequent appointments.

On the other hand, in what has become known as the Trieste model, community mental health centers in and around the city in northeastern Italy have opted for a radical open-door policy that allows anyone access to treatment without an appointment thanks to a 24-hour walk-in service. The result: Lower rates of hospitalization, a significant decline in suicide rates and nonexistent waiting lists.

Help for those who can afford it

Long wait times and institutional barriers leave public mental health care inaccessible for patients in many EU countries. "It feels a bit like expecting someone with a broken leg to run after an ambulance," Isabell said. She now pays for therapy out of her own pocket.

So does Maria from Romania: "I don't even know if public health care covers psychotherapy in Romania. I went directly to a private one that a friend recommended to me."

But private sessions often don't come cheap. "I spend anywhere between €200 and €400 a month on my appointments, on top of my usual insurance contributions," Isabell said.

In Romania, a worker on minimum wage would have to work 18.5 hours to pay for a single session with a private psychologist at the average rate. And, in France, where public health care does not cover psychological treatment at all, a private consultation still costs over half a day's labor at the minimum wage.

"The private sector can be useful for people with high incomes, for people who are aware that they have a psychological problem, need help and can pay for it," said Rodzinka, of Mental Health Europe. This leaves out a large share of people who need treatment and means that the system fails those who need it the most.

DW is a partner in the European Data Journalism Network. DW's Kira Schacht contributed reporting to the above version.

For those who are struggling to find mental health support, options are available through organizations, such as Befrienders Worldwide.

Initial results from a research study have found that "life satisfaction has decreased significantly." Will this improve once the second shutdown is lifted? Researchers are unsure.

Nearly twice as many people were showing depression symptoms at the height of the UK lockdown compared to the pre-pandemic numbers. Young people were hit the hardest, official data shows.

Mental health problems a growing issue for European teens: WHO

The 2020 Beirut port blast was a traumatic experience for many people in Lebanon. A large number sought therapy in the aftermath. But, with doctors leaving the country, help is not easy to find.