It’s a crime that has haunted the Democratic Republic of Congo (DRC) since 1961 – the death of Patrice Lumumba, murdered with the help of the CIA and Belgium. To date no one has been punished for the crime. 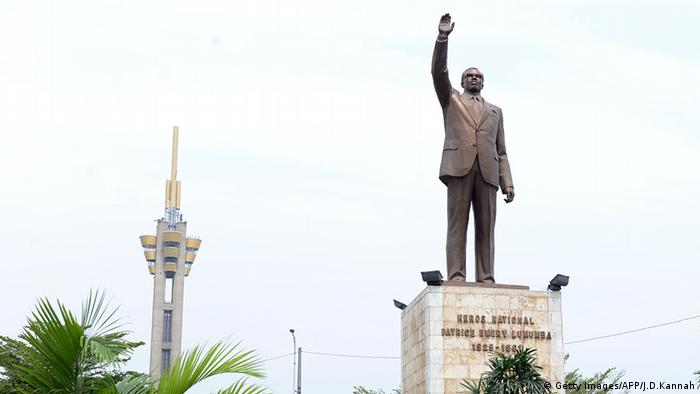 There he stands, right arm raised, wearing a suit and horn-rimmed glasses. The statue of Congo's first freely elected prime minister stands tall in the middle of the Lumumba Boulevard between Kinshasa's airport and city center.

But more than his politics, his death caused the name Lumumba to reverberate around the world. It's one of post-colonial Africa's most heinous unpunished crimes. Lumumba only ruled for four months. Then the 34-year-old was ousted and killed.

June 30, 1960 was perhaps the beginning of the end for Lumumba. During the official Independence Day celebrations, Lumumba publicly denounced Belgium for its brutal colonial methods. The Belgian king and foreign diplomats were shocked. They were also dismayed at the young leader's political hopes for the country, which did not suit the agenda of the western powers.

Lumumba wanted to free the country from its colonial shackles. He wanted to unite the ethnic groups and retain control of the country's natural resources rather than let foreign countries manage them. Belgium and the US in particular could already sense their waning influence. "That is why they decided to get rid of the new government and Lumumba himself," said Ludo de Witte, a Belgian sociologist who wrote a book on the assassination. 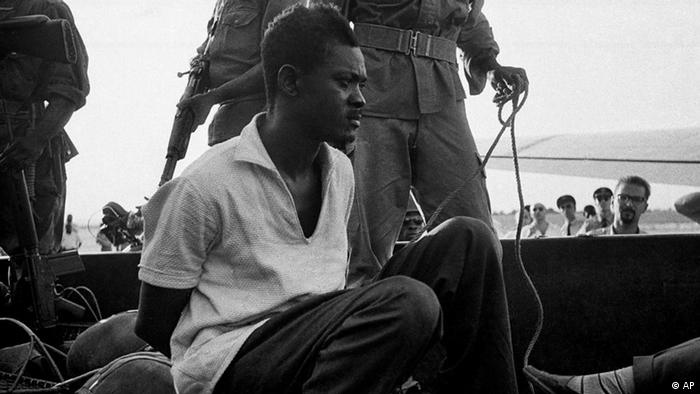 One of the last photos of Lumumba, as he sits in an army truck guarded by Mobutu's soldiers in December 1960

Following independence, the young nation quickly sank into chaos. The Congolese army revolted against the Belgian officers who were still in charge. Belgium stepped in militarily and supported the mineral-rich region of Katanga in seceding from what was then the Republic of Congo.

The Katanga crisis, as it became known, turned into a civil war as Lumumba sent in his own troops. The young prime minister called for support from both the UN and the Soviet Union. In the midst of the Cold War, the US saw Congo sliding into communism. The Americans feared that the Soviets would acquire the greatest influence over the large mineral-rich country and thus over all Africa. They singled out army chief Joseph-Desire Mobutu as one man they could trust.

After that everything happened very quickly. In September, Congo's president suspended Lumumba as his prime minister. Lumumba was put under house arrest. In November he escaped, but Mobutu's troops caught him. He was beaten and tortured.

"Lumumba was loved by the people. His supporters wanted to free him," said de Witte. "That would have been a disaster for Belgium and the US. So they decided to have him killed on the day he arrived in Katanga. He was executed by a squad that was organized by Belgian officers." Lumumba was killed on January 17, 1961. 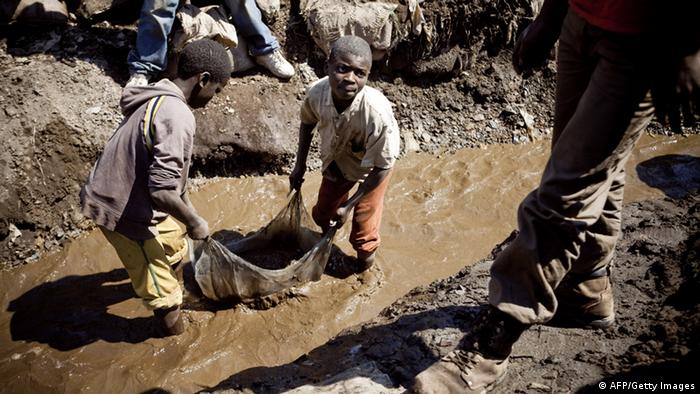 Copper, cobalt, timber, the Congo has it all. The fight over the its riches has often been the cause of conflict

The Congolese public and the rest of the world only heard about the role of the western powers much later. De Witte's book, "The assassination of Patrice Lumumba" led to a parliamentary investigation of the case in Belgium in 2000. In 2002, Belgium's foreign minister, Louis Michel, apologized to Lumumba's family and the Congolese public for his country's role in the assassination.

De Witte is however far from satisfied with this apology. "The Belgian commission of inquiry concluded that Belgium had a moral responsibility in the assassination of Lumumba,but that is very vague. It is half way between denying what happened and acknowledging for the full truth," he said. Belgium, he explained, still wants to enjoy its diplomatic position in Congo. Had it accepted full responsibility, this would not be possible. Moreover, the proposed Lumumba fund intended to support democracy in DRC has still not been set up and nobody has been punished for the murder, he criticizes.

Lumumba's death paved the way for Mobutu. "The country still has to deal with the legacy of that regime," de Witte said. Michela Wrong, a British journalist and author of the book "In the footsteps of Mr Kurtz" (a reference to the main character in Joseph Conrad's novel 'Heart of Darkness") which describes Mobutu's legacy, agrees. "What happened to Lumumba had reverberations well beyond Congo, across the whole of the continent," she told DW. "Everybody looked at his assassination and thought: That's what happens when you stand up to the West. This is how they mess with us." At the same time, she explained, it gives the people the sense that they have no power over what happens in their countries. "I think it is a very negative and damaging legacy that the assassination left behind," she added.

Lumumba died a martyr. He stood up to the US and Belgium and still has the reputation of being the Congolese 'Che Guevara'. Michela Wrong believes that this image of him is at least partly exaggerated: "He really did become a hero after his death, in a way that one has to wonder if he would have been such a hero if he had remained and run the country and faced all the problems that running a country as big as Congo would have inevitably brought."

Global demand for rare earths is huge. Mines in DR Congo are often under the control of armed groups. So far, international efforts to curtail the trade in so-called 'conflict minerals' have only had limited success. (11.11.2015)

'It's about ensuring natural resources are used to benefit populations'

More than a million African soldiers fought for colonial powers in World War II. Few of them understood why. Survivors received little compensation and veterans are calling for recognition of their rights. (07.05.2015)