Prime Minister Matteo Renzi has urged reform of Italy's parliamentary system ahead of a referendum in October. One recent survey already indicates rejection, while local polls in June could also be decisive. 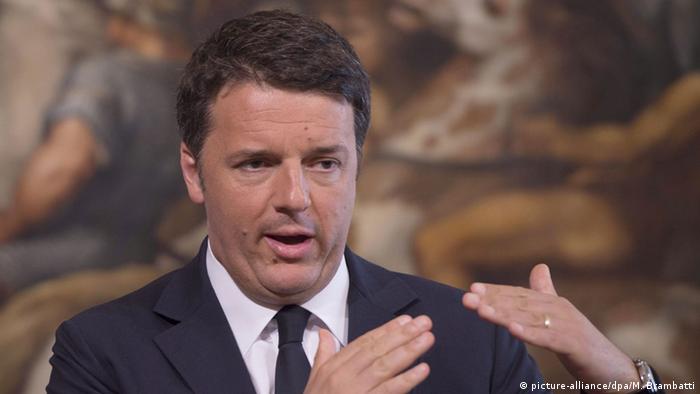 Renzi launched his parliamentary reform campaign Saturday in the northern city of Bergamo, saying constitutional streamlining would give Italy "a bit of hope for the future."

A first indirect test comes next month in mayoral elections due in Italy's main cities.

His plan, drafted over two years and endorsed last month in the existing parliament's lower house, would virtually abolish the upper house Senate.

It would be reduced to 100 members, mainly mayors and regional representatives, with five senators appointed by Italy's president.

Since World War Two, Italy has had 63 governments - often short-lived instead of serving a full five years - under a system that gives both houses equal powers.

Renzi has staked his career on a "yes" to reform, saying he would stand down if reform was rejected, a scenario that would leave the eurozone's third-largest economy in political limbo.

On Saturday in Bergamo, Renzi told supporters: "We want to make clear that this reform is not just about one person, rather it is a reform that will give Italy a bit of hope for the future."

In April, opinion surveys indicated that Renzi would win a clear majority, but a poll this month for RAI state television suggested that 54 percent of Italians intended to vote "no" in line with opposition parties.

Forza Italia parliamentary head Renato Brunetta responded to Renzi's campaign launch Saturday by writing on his Facebook page: "Dear Renzi, you will be unemployed in October."

Last week, analysts at Deutsche Bank warned Europe to wake up to the risk of Italy's "crucial" referendum, alongside Britain's Brexit referendum due next month.

"Italy's political risk right now does not appear on the radar of markets. The story may change over the next months," wrote the analysts.

5-Star was on 28.4 percent, compared to 28 percent for the PD, according to the pollster Index Research, in a survey for the current affairs program Piazza Pulita.

Previously, the PD had led by between one and four percentage points.

5-Star, founded in 2009 by comedian Beppe Grillo, is popular among younger voters.

The June mayoral elections could increase pressure on Renzi - also from PD dissidents - if his party fares badly in Rome, Milan, Naples and Turin.