Paris police have said that no one was hurt in the attempted attack and that the man had been detained. Reports indicate that the perpetrator had wanted to avenge attacks linked to the so-called "Islamic State." 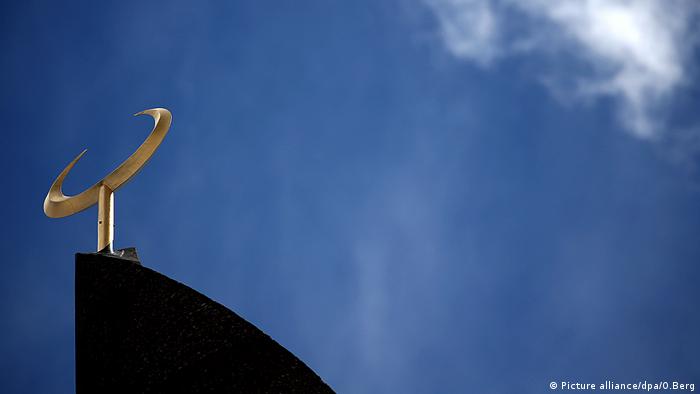 French authorities on Thursday night said that the attacker had failed to run his car into a crowd outside a mosque in the Parisian suburb of Creteil because of barriers set up in front of the religious site.

The driver reportedly tried to repeatedly break through the barrier, but fled the scene after realizing he couldn't go further. He was later arrested in his home.

Local media reported that the man had wanted to avenge attacks carried out by the so-called "Islamic State" jihadist group, which over the past years have killed dozens of people in the French capital. French news agency Agence France Presse (AFP) said the man had made "confused remarks" about the jihadist attacks carried out in France in recent years.

Unconfirmed reports suggest the perpetrator was a 43-year-old Armenian.

The incident mirrors last week's attack outside a mosque in the Finsbury Park area of north London, when a man plowed a van into a crowd of worshippers, killing one and injuring about a dozen peope. The perpetrator, identified as 48-year-old Darren O., was detained soon after and charged with terrorism-related murder and attempted murder.

"What has happened in Creteil seems to justify the fears I expressed following the attack by the Finsbury Park mosque in London," Abdallah Zekri of the French Council of the Muslim Faith told AFP.

However, French authorities said that an investigation into Thursday's failed attack would continue to be carried out by regular police, rather than by an anti-terrorism unit. Police said they would first determine whether the perpetrator was sane and could be held accountable for his actions.

France had been under a state of emergency since 2015, following a series of terror attacks in Paris in November that left 130 people dead. The French capital also remains under high security.

Barr: DOJ has found nothing that could impact election result 44m ago