Police in Paris killed a man after he stabbed others in the French capital. Judicial sources said the attacker had been on a police list as a risk to national security. 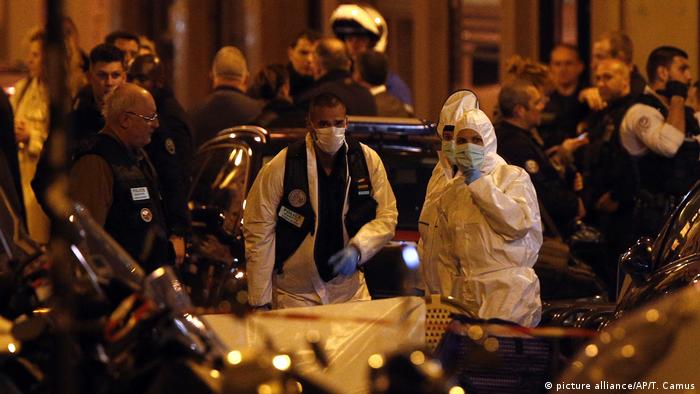 A 29-year-old man was killed and four other people were injured after an attacker began stabbing bystanders in the Opera district of central Paris on Saturday evening at about 9.30 p.m (19.30 UTC), police confirmed. The attacker was shot dead by police.

French prosecutors said they were treating the attack as a terrorist incident. The militant "Islamic State" (IS) group claimed responsibility online for the attack.

On Sunday, judicial sources identified the attacker as a 21-year-old French citizen born in the Chechnya region of Russia who had been on the "fiche S" list used by security forces to identify people who could pose a risk to national security. His father and mother were held for questioning. 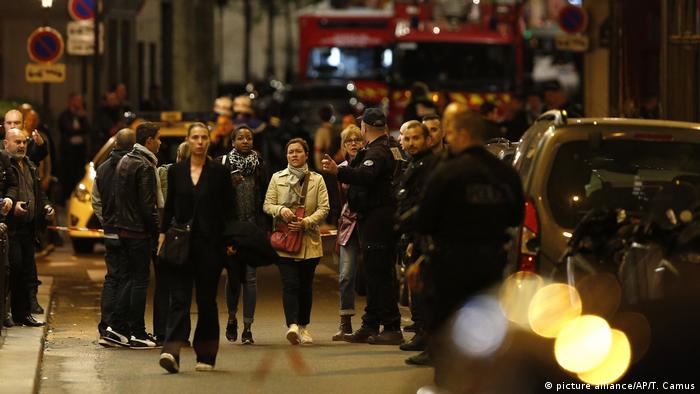 Police guarding the scene of the attack

Following the knife attack, French President Emmanuel Macron said that his thoughts were with the victims. "France once again pays the price of blood," but the country will not cede to "enemies of freedom," he wrote on Twitter.

French Interior Minister Gerard Collomb denounced the "odious attack" in Paris on Twitter. He also praised the "cool and quick reaction of the police forces who neutralized the attacker."

Collomb later told reporters that he met with some of the victims in hospital and that all would survive their injuries.

The attack took place in an area containing several restaurants, bars and shops, located between Paris' main opera house and the Louvre museum. Witnesses described scenes of panic as people out for a weekend night realized that a potential terror attack was occuring.

"The attacker entered a shopping street, I saw him with a knife in his hand," Jonathan, a waiter at a Korean restaurant near where the attack took place told news agency AFP. "He looked crazy."

Milan, another witness, told AFP he saw a woman who sustained wounds to her neck and leg as well as "several people in distress."

Another eyewitness told broadcaster BFMTV that she saw a young man running towards three policeman who eventually shot him down.

France on high alert: Security has been heightened in France following a series of attacks in recent years that have been inspired by or carried out by IS. More than 230 people died in attacks in France in 2015 and 2016. A state of emergency that was put in place following the 2015 Paris attacks that killed 130 people was lifted last October. Macron's centrist government replaced it by passing a law that boosts the powers of security forces.

The whale was first spotted in the Seine river north of Paris several days ago. Rescuers are fighting hard to help him recover, saying though they have ruled out "euthanasia" for now.

The beluga whale that swam up the river that runs through Paris appeared underweight. The protected species is normally found in Arctic waters not near major European capitals.