Parallel societies: Muslims and European integration | Europe| News and current affairs from around the continent | DW | 01.05.2010

The integration of Muslims in Western Europe still leaves much to be desired despite an ageing population and the need for foreign labor. A prominent Iranian scholar argues that Islam is integral to European society. 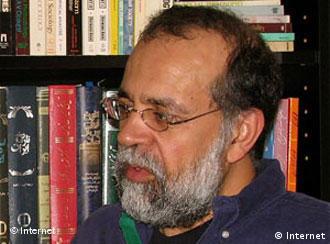 Hamid Dabashi is an American-Iranian intellectual historian who has studied Iran and Shia Islam from a postcolonial perspective. He's currently Hagop Kervokian Professor of Iranian Studies at Columbia University in New York.

Deutsche Welle: In Europe, many Muslims live in 'parallel societies', in the States there's no such problem. Why are American Muslims so much better integrated?

Hamid Dabashi: The Arab-Muslim immigration in the United States has historically been quite minimal, very, very minuscule compared to others. The basic impetus behind immigration is economic. Capital - in my judgement - is color-blind, and gender-neutral. You can trace the history of feminist movements around the world, for example, to the necessity of cheap labor, that's when women entered the job market, and as workers began demanding and exacting more rights. The same is true for immigrants: They are paid less than others.

So if you are, for example, Lebanese, or Sudanese, or Turkish, or Iranian, or Pakistani, coming to the United States, entering the job market, it has absolutely nothing to do with your religion; it is entirely irrelevant.

Europe, in my judgement, has successfully posited the myth of a more homogenous cultural entity for itself. A combination of self-secularized Christianity, and - after the horrors of the Holocaust - the manufacturing of a "Judeo-Christian" identity has given Europe a renewed reliance on the myth of its origin.

And then, of course, there is the French Revolution, the Enlightenment, the Unification of Europe, and the post-Soviet reconstruction of a European identity. Europe itself, in this renewed conception of itself, has enough problems now of assimilating the Eastern European to the domain of its collective identity.

The idea of Europe, historically, is really limited to that of the Western Europe. When Giscard d'Estaing talks about not accepting the Turks in the European Union, he speaks a Christian language, despite his self-secularized conception of who he is and what he stands for.

So the problem Europe has with Muslims coming from Africa, coming from the Middle East, coming from South Asia is, in part, a reflection of its own inner anxieties with two sorts of Europeans - Eastern Europeans and Muslim Europeans. Here is an issue that since the time of Austria-Hungarian imperial rivalry with the Ottomans has been a very disconcerting issue for the idea of "Europe," i.e. the notion of Muslim Europe. So for all of these reasons, Europe has a more difficult time assimilating its Muslims than the US.

So with all these integration difficulties already, is it, do you think, too much for the European mind to cope with the idea of Turkey becoming part of the European Union? 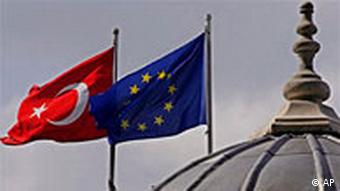 Dabashi: Well, that's obviously something for the aging and thinning population of white Europeans to decide. Because of the well being of Europeans over many years, Europe is an ageing society. As a result, it needs labour - the cheaper the labor the better - that's the logic of capital. And yet labor comes with a baggage. The European economy needs cheap labor, but European culture doesn't like the fact that, ultimately, culture will be influenced by labor migration.

This is the dilemma that Europe faces: it wants to have its cake and eat it, too. But this is what we're facing right now; it's a clash between culture and capital.

Would you, then, say that "European Islam," the idea of Islam becoming part of a European culture, more modern, more moderate, is also a false concept in this respect?

Dabashi: My problem with Tariq Ramadan (Swiss Muslim scholar - ed.) is that he thinks if he just writes it, it will happen. Islam, by virtue of European Muslims, has to contend with other European moral, intellectual, imaginative, and political forces. The difference between someone like me and Tariq Ramadan is that I don't think of Islam, I think of Muslims. Muslims have precedent. Islam is an abstraction.

So whether Giscard d'Estaing likes it or not, Islam - by virtue of labour migration, by virtue of Muslims walking in the streets of Paris, and London etc. - becomes integral to the European society - it already is; and as a result the collective disposition of the culture will change, too. In effect, the changes are going to be made by social forces, not by Muslim intellectuals.

But are you confident this is going to happen? Because if you argue this way everyone who is an Islamist will inevitably deny this because he knows that if he's willing to accept it his faith is going to be powerless one day in the foreseeable future. If you look at Europe, the power of religion, its influence on society has decreased ever since the Enlightenment.

Dabashi: Forget about Europe for now - if you go to India and go to Saudi Arabia and go to Morocco and go to China you have four different kinds of Islam. Islam is not quintessential. It is a sacred language spoken in different dialects by people living different lives.

If there is force at home for them to wear it, gradually, that force will be contexualized by other forces, by peer pressure, by forces of the market, by mass and globalized culture. The thing that you don't want is to have the state come and tell you what clothing item you can wear or cannot wear.

Back to the issue of Turkey: What is your personal opinion, should Europe ask Turkey to become a member of the European Union?

So economically, politically and militarily, it is to the benefit of Europe. And many of my progressive Turkish colleagues are very happy about this move because they think that the questions of women's rights, human rights, freedom of expression will have a catalytic effect on Turkey as well. So it seems like a happy marriage.