The Mediterranean city of Paphos promises the best weather, and smallest budget, among European capitals of culture. The ancient Cypriot city will also showcase culture that can build bridges in 2017. 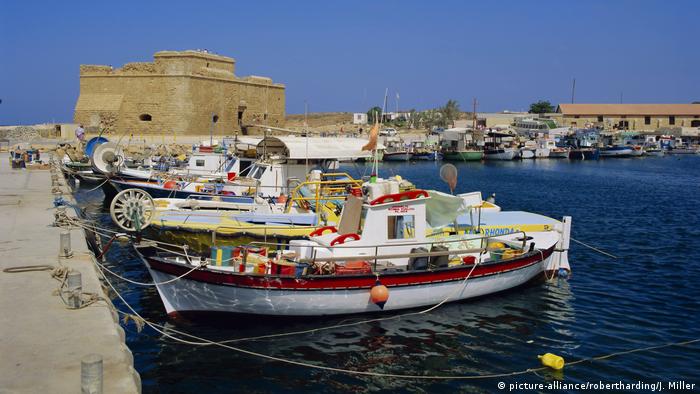 "It’s a nightmare," said the white-haired British man as he climbed off his van and started walking to his office by foot. For weeks, the old town of Paphos has been a huge construction site. Even pedestrians have struggled to negotiate the labyrinth of barriers.

"By the beginning of the year, we will have finished the new pedestrian zone," said the optimistic boss of the local construction company, although it was already the middle of December. Both time and money have been tight.

When the Cypriot coastal city, along with the Danish city of Aarhus, was originally voted the European Capital of Culture for 2017, the budget looked much better. But then the Cypriot financial crisis hit. Instead of focusing on the culture in the ruined old town the Paphos city administration decided to turn its focus to the harbor promenade that is popular with Russian and Chinese tourists.

Things became doubly difficult for the culture capital organizers after some of the sponsors pulled out, meaning only 8.5 million euros ($9 million) - or one third of the estimated costs - were available. It is the smallest budget in the history of European capitals of culture.

"Paphos was an absolute outsider, but our concept, which was born out of necessity, has proved positive," says Georgia Doetzer, the artistic director of the culture capital. 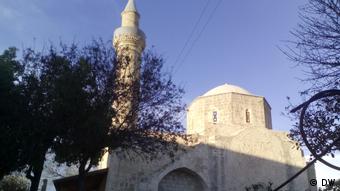 Turkish influences can still be seen in Paphos, as the city hopes to attract visitors from Cyprus' divided north as well

After all, Paphos has two advantages: the archaeological sites - the goddess of love, Aphrodite, is born here - are now among tourist highlights, while the city stays warm for virtually the whole year. These factors taken together inspired the culture capital organizers to pronounce Paphos an "Open Air Factory" of culture. The city subsequently won the Melina Mercouri prize for culture, which - endowed with 1 million euros - was a blessing in terms of helping the tight budget.

"We want to open the archaeological sites for events; the old villas, the amphitheater, the culture should come to the people," explains Doetzer of the culture capital concept. New venues will also be built, but most are intended to utilize the open-air setup of the Cypriot city. Even in January, average temperature will be mild at a seductive 15 degrees.

The artistic director says she is already looking forward to such open-air events as the performance of the Berlin Philharmonic on May 1. The orchestra will play on the harbor promenade, with the medieval fortress in the background.

The culture capital organizers aim to "build bridges", not only with an international program intended to attract foreign visitors, but with Cypriots from the north of the divided island coming as well. The program will therefore also address Cypriot history, including the 1974 Greek coup and the succeeding Turkish military intervention. To this day, the division of the Greek south and the Turkish north is a sore point among Cypriots on both sides of the border.

In Mouttalos, the old part of Paphos that has recently been spruced up, stands a mosque dating back to a time when the Turkish and Greek communities still lived together in peace. Today, displaced Greeks from the north mainly live there along with a more recent arrival: refugees.

An army of volunteers

"When I go to the Turkish north, I do not say anything to my Greek friends," says Ute Georgiades, who adds that it is good that the capital of culture is addressing this controversial issue.

The 76-year-old from Germany has lived in Paphos for decades and feels like a local, which is why she did not hesitate to sign on as a volunteer for the capital of culture. With more than 400 people - most of them young - volunteering to help to support visiting artists and other tasks, Georgiades says she was taken by surprise by this strong sense of commitment to something new coming to the city.

Organizers hope that the capital of culture events will have a positive and lasting internal effect within Paphos. The many preview events in the city have already allayed doubts among those who were initially skeptical about the year-long event, with more and more people committing to attending the culture capital activities. Doetzer is convinced that the concept will not only attract more tourists to Paphos, but that the city itself will benefit from the events in the long term. Charalamos Margaritis, one of the local artists involved in the culture capital program, also feels a sense of hope: "Until now, Paphos was a cultural desert; there was only commercial cinema, no theater, no concert hall; we had to go to Nicosia or Larnaca to see something," he says. Previously, one had to exhibit in hotels, but now there are already two galleries.

The thirty-something had studied in Paris before returning to his hometown a few years ago. "Here you can give new momentum to everything you do," he says. With some other artists, he is enthusiastically running the only private art school in the city that offers courses ranging from painting to print graphics, film animation and street art.

Part of an international artistic network, Margaritis has long struggled for cultural exchange and new venues for festivals. Within the framework of the European capital of culture, he will get to realize two projects in Paphos, including an animation festival with workshops.

Margaritis says he hopes that after 2017 there finally will be cultural life in Paphos - and also free WiFi coverage across the city.

"Maybe then we will no longer be the fifth wheel, and people from Nicosia and Larnaca can come to our city to experience something."