Pandemic proposal to shut down ski resorts divides EU | Europe | News and current affairs from around the continent | DW | 01.12.2020

Italy, France and Germany want to see all EU ski resorts shut during the winter season. But the governments of member states such as Austria disagree. It's not just a fight over winter fun: A lot of money is on the line. 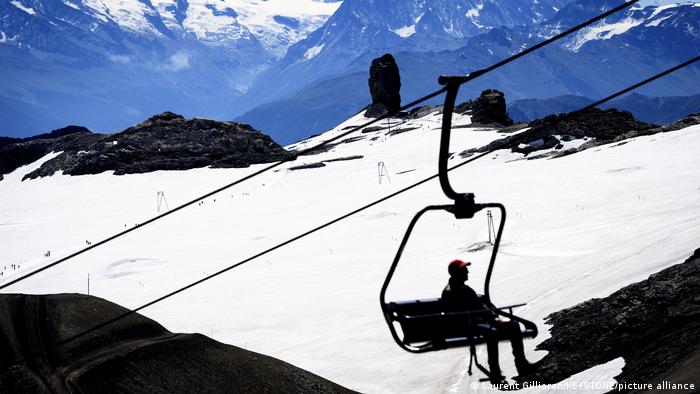 The summit of the Matterhorn towers majestically above the Swiss alpine village of Zermatt, located at Europe's highest ski resort, in the Swiss canton of Valais. Winter sports enthusiasts from across the world get a kick out of racing down kilometers of steep slopes. In any normal year, the region would now be preparing for the influx of vacationers during the winter holidays. But this is no ordinary year.

"The village is quieter than in previous years," said Simona Altwegg, the media manager of Zermatt Tourism. The reason, of course, is the coronavirus pandemic. Though regional ski slopes are open to guests and the chairlifts are in operation, visitors from Italy, Germany and France are noticeably absent. "Guests here are almost all Swiss," Altwegg said.

Switzerland is the only Alpine country that has not closed its ski resorts to tourists. Sweden, Norway and Finland have also opened some of their slopes to guests.

The governments of Germany, Italy and France have called for the closure of EU ski resorts, with Chancellor Angela Merkel announcing that she would look into whether this could be achieved. With Merkel's tacit support, Italian Prime Minister Giuseppe Conte had earlier called for all ski reports to stay closed until January 10, when the winter holidays are over. A majority of Germans view this as sensible. According to a representative survey commissioned by the daily Augsburger Allgemeine, 74% of respondents said closing ski resorts was the right thing to do during the pandemic. 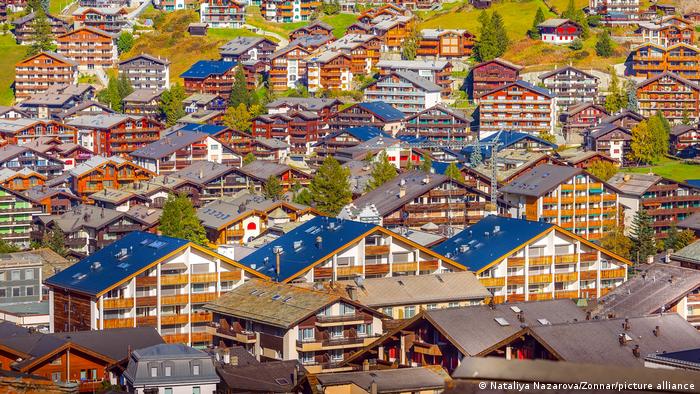 Closing ski resorts would mean huge financial losses for the regions that have been made reliant on them: Lift operators, hoteliers and restaurateurs generate significant revenue the period between Christmas and the new year. Austria's tourist industry and lawmakers oppose plans to shut down EU ski resorts.

"The decision whether and when ski resorts can be opened to the public should be made by individual countries," Austrian Tourism Minister Elisabeth Köstinger told Germany's RND news service. "Similarly, we will not tell France when to reopen the Louvre."

Austria's economy is dependent on winter tourism. During the 2018-19 season, 73 million overnight stays were recorded. The country made €14.9 billion in revenue welcoming guests.

The government has therefore demanded €2 billion ($2.4 billion) in financial compensation should the European Commission force all EU ski resorts to close. "The current proposal has serious economic consequences for Austria," Finance Minister Gernot Blümel told the German daily Die Welt. He suggested that the country either be granted a larger share of emergency EU coronavirus funding, or have its dues for membership in the bloc decreased.

Italy will most likely suffer significant financial losses, too. The country is projected to face a 70% drop in revenue compared with a year ago, when €10,4 billion were generated. One-third of this revenue was generated from Italian holidaymakers spending time in the Alps and Dolomites over Christmas and the New Year. If Italy's resorts were first allowed to open again in mid-January 2021, the tourist industry would earn just €3.1 billion for the entire season, according to a projection by the JFC institute.

In November, French Prime Minister Jean Castex announced that while ski resorts would be permitted to open in December, ski lifts would not be in operation. This effectively means that the skiing season will not go ahead, either. French lift operators called the decision "ludicrous." Hundreds of people protested in southeastern France in late November, demanding that ski lifts, restaurants and bars be allowed to open.

Switzerland, which is not a member of the European Union, plans to keep its ski resorts open. "Ski resorts can remain open if good safety measures are strictly implemented," Swiss Health Minister Alain Berset said in November. This is surprising given that Switzerland has recorded higher coronavirus infections than Germany. In the seven-day period through November 25, an average of 348 new cases per 100,000 residents were reported in Switzerland; Germany confirmed an average of 136 new infections per 100,000 residents.

Cantons have adopted different coronavirus safety measures. Valais, where Zermatt is located, is among the regions hardest hit by the pandemic. For weeks, restaurants, theaters and museums have been told to shut.

People are mandated to wear masks and keep their distance from one another while waiting for ski lifts and cable cars. This, however, poses a challenge for operators and tourism associations. "So far, our goal was always to have as many people at the lift at 8:30 in the morning as possible," Zermatt Tourism's Altwegg said. At the moment, however, her team needs to prevent large crowds at all cost. "Our job is now to keep things simple, stay agile and flexible, and adapt to what ever rules are imposed," she said. Despite the many restrictions, winter-sports enthusiasts have remained upbeat, she added. "The rules are being followed, especially concerning mask wearing," she said. Altwegg expects significant financial losses for the tourist sector — even if ski slopes and lifts remain open.

"Normally, in winter, most of our guests are from abroad," Altwegg said. With travel warnings and quarantine regulations in place, Altwegg said, most of this season's tourism is expected to be domestic. "Even if more Swiss guests come than usual," Altwegg said, "this will not compensate for the absence of foreign guests."

Last winter, the Austrian ski resort Ischgl, which has a reputation for its lively night life, turned into a coronavirus hot pot. Thousands of holidaymakers contracted the virus at the onset of the pandemic — then spread it at home after their holidays.

Since spring, Ischgl has invested about €700,000 in safety measures to prevent this from recurring. Security cameras have been installed to help prevent crowds from forming. The town also plans to take measures to cut down on waiting times and disinfect ski lift cabins. A system to check visitors, workers and locals for the virus is currently being tested.

This winter, partying is certainly off the cards. That much is certain for practically all ski resorts in Europe — Ischgl included. The residents of Zermatt are not bothered by this restriction. "We are not famous for our parties anyway," Altwegg said. "But we do hope there will be some sort of evening entertainment, like being allowed a drink after a skiing while listing to music."