Panda bears: Not as mysterious as we once thought | Science | In-depth reporting on science and technology | DW | 03.05.2019

Panda bears: Not as mysterious as we once thought

Panda bears eat bamboo. We all know that. But we also all know that bears are meat eaters. A new study indicates the panda bears' change of diet from meat to bamboo isn't as puzzling as it would appear on first glance. 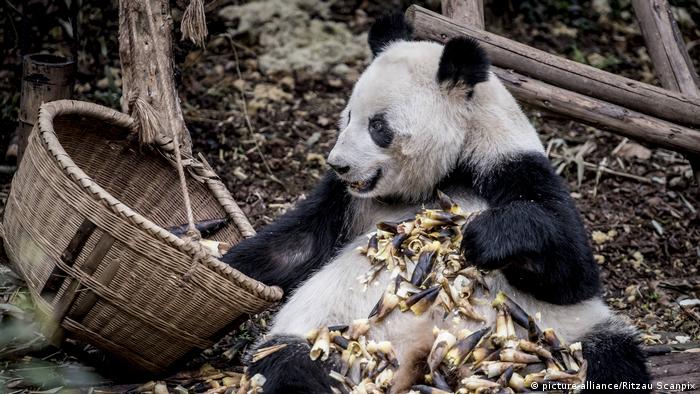 Like you or perhaps one of your vegetarian friends, panda bears are biologically classified as meat eaters despite their plant-based diets. The panda bear, although historically a carnivore, has long sustained itself mainly off bamboo.

But unlike you or one of your vegetarian friends, panda bears didn’t watch a documentary one day and decide to ban meat from their diets for ethical or health reasons. So how did it happen? When, and why, did the bears abruptly stop eating meat and start eating plants instead?

These questions, which have occupied the minds of scientists since China began loaning its bears to Western zoos after the Communist Revolution, were misguided, according to a May 2 study conducted in the Shaanxi province of China and reported in Current Biology.

Previously, instead of basing their understanding of the evolution of the panda's diet on nutrient consumption, scientists focused on "carnivore" and "herbivore" diet classifications, which are based solely on the type of food or energy, rather than nutrients, consumed. 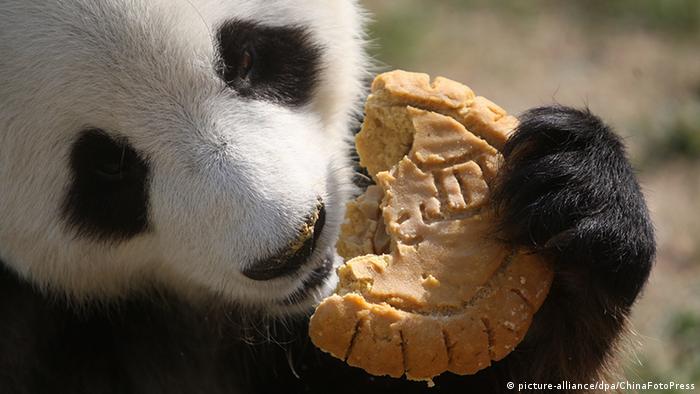 In reality, scientists found that a nutrient-focused analysis shows that the bears’ seemingly mysterious change of heart (or, rather, diet) isn’t so mysterious after all.

Through their bamboo-based diets, panda bears receive levels of protein and carbohydrates typical of hypercarnivores, or animals such as alligators and vultures, whose diets are composed of more than 70 percent meat, according to the study.

So, although bamboo is traditionally classified as a plant, to a panda bear, nutritionally it functions more like a meat.

Though they can still be classified as herbivores, pandas eat more like feral cats or wolves, with protein making up 50 percent of the nutrients consumed. The carnivorous classification can be extended across the life cycle – macronutrients in panda milk also indicate carnivorous composition.

Many of the herbivorous traits possessed by panda bears, such as dental and cranial adaptations and the pseudo thumb, are concerned with food processing, according to the study.

Many of the panda bear’s traits typical of meat eaters are more closely associated with macronutrient processing, the study said. So, a panda bear’s insides function like a meat eater’s, while the outsides adapted to the consumption of plants.

The panda bear’s pseudo thumb, for example, allows the animals to grasp bamboo sticks and is lauded by scientists as one of the most extraordinary manipulation systems in mammalian evolution.

Why are pandas black and white?

This means that when panda bears evolved from their meat-eating ancestors, the diet change from meat to bamboo required far less evolutionary modification than previously suspected. Panda bears didn’t one day arbitrarily decide to drop meat and pick up bamboo sticks.

"The transition was likely more superficial than assumed," the study said, adding that the main changes were probably confined to food-handling traits and some micronutritional modifications.

Scientists have yet to determine when the fateful diet change took place in the evolutionary timeline of pandas. But this study indicates the shift wasn’t nearly as abrupt or dramatic as previously understood.

Panda bears are an endangered species and occur in the wild only in China, which hosts 80 percent of the world’s population of the black and white bear. In March, the country announced plans for the construction of a new national park where the bears can reproduce undisturbed.

Man teased a sleeping panda and then...