The 100th anniversary of the Panama Canal's opening has exposed doubts among economists over the nation's ability to fully profit from an expansion of the waterway. Competitors have long thrown down the gauntlet. 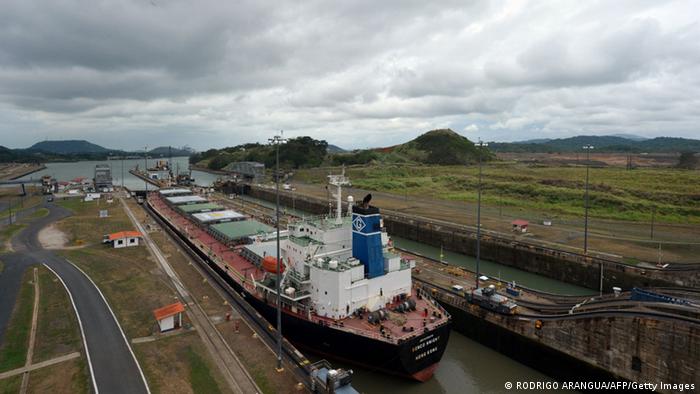 The construction of the 77-kilometer (48-mile) Panama Canal a century ago meant a revolution for international trade because it greatly reduced travel time between the Atlantic and the Pacific.

The channel eliminated the need for ships to go around the wild, southern tip of South America.

A hundred years on, an expensive $5.25-billion (3.92-billion-euro) expansion of the canal is under way which has been marred by numerous interruptions over cost overruns and strikes.

The enlargement will give the canal wider locks with mechanical gates which will reduce congestion and enable it to accommodate far bigger vessels.

Panama Canal Administrator Jorge Quijano acknowledged he would have liked to finish the expansion in time for Friday's centennial. "But we knew from the beginning that a project as complex as this wouldn't necessarily be done on time," he told reporters. The target completion date is late 2015.

Technical delays have not been the only worry. Many economists and government officials in Panama have been gravely concerned about competition lurking just around the corner.

Egypt is embarking on an expansion of the Suez Canal, and a Chinese firm was recently awarded a contract to build a waterway through Nicaragua - the very path originally favored through the central American isthmus by engineers in the 19th century.

For the time being, the threat to Panama failing to reap the full benefits of its current canal expansion may be just on paper. But the country is taking the challenge seriously and has started talking about yet another, fourth set of locks to maintain dominance.