This year marks the 100th anniversary of the Panama Canal, one of the busiest waterways in the world. A massive building project is underway there to widen it for larger ships, but the expansion has not been undisputed.

The bulldozers dug deep into the soft bottom of the Panama Canal, hauling away some 30 million cubic meters of earth to make room for the massive container ships that will one day navigate this 80-kilometer (49.7-mile) long and century-old waterway.

By the time the work here is finished, builders will have doubled the canal's capacity by installing a third set of locks 427 meters long and 55 meters wide.

Instead of the current “Panamax” ships with capacities of up to 5,000 containers, new, so-called “Post Panamax” ships capable of transporting 12,000 containers will soon have room to pass through the waterway which connects the Atlantic and Pacific Oceans. 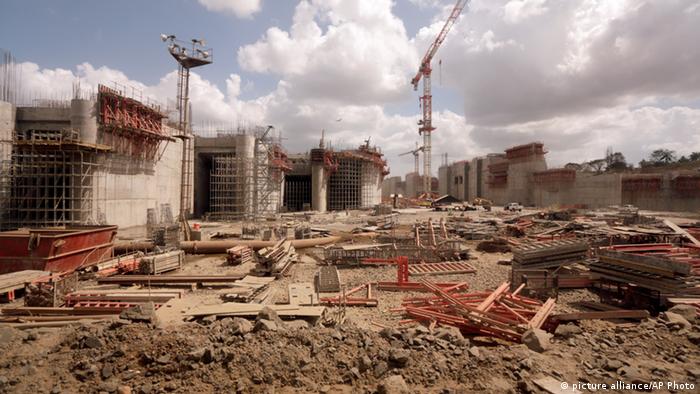 The expansion of the Panama Canal is expected to cost upwards of $5 billion.

"The expansion will enable larger and newer ships to pass through the canal - the demand in North and South America is there," Soren Skou, CEO of the Danish firm Maersk, a leading container shipping company, wrote in a recent commentary for the Oxford Business Group.

The canal is one of the most important shipping routes in the world and some 5 percent of global maritime trade passes through it.

The $5.2 billion expansion was supposed to be completed by 2015, but the project has been mired in disputes over who should foot the bill for cost overruns. This strife has threatened the multibillion-dollar project's completion scheduled for 2015.

Underscoring its significance to global trade, the European Union offered to mediate in the protracted financing dispute between the Panama Canal Authority and the building consortium led by Spanish firm Sacyr that has been tasked with carrying out the construction.

Last month, the canal authority and the consortium reached an agreement allowing work to continue but the planned completion date is still in question. Around two-thirds of the construction had already been completed when the conflict halted any further work earlier this year.

In it for the money

Shipping companies are looking to one day employ fewer but larger ships to transport their goods. In return, the Panama Canal Authority is hoping for higher revenues per vessel in return – much to the chagrin of Maersk CEO Skou, who warns that the pricing structure must remain competitive. 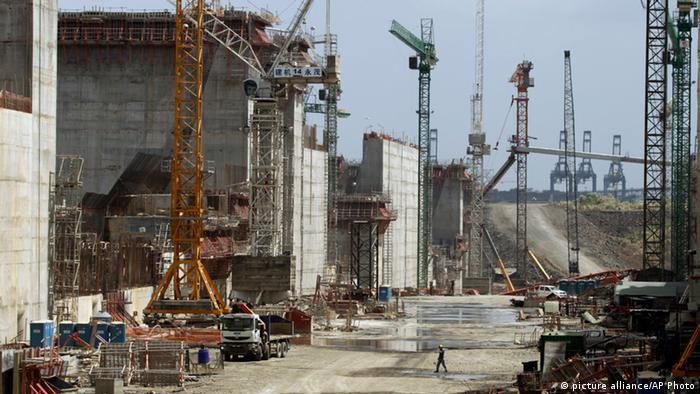 Widening the Panama Canal has proved a tall order and has not been without controversy.

But the Panamanians didn't greenlight this massive, multibillion-dollar project out of charity. In all, some $5.3 billion have been invested in the canal's expansion and 40,000 workers employed by building companies from Spain, Italy, Belgium and Panama.

"We're expecting revenue to double," said Oscar Bazan from the Canal Authority, "and we're sure that Maersk will use the new, larger Panama Canal."

The mood at the Canal Authority's headquarters is a celebratory one. The building's historic facades have been given a fresh coat of paint and everything inside, from the dark teak floors to the elaborate murals and polished marine clocks, has been carefully restored to its original condition. This August will mark the 100th anniversary of the canal.

In an interview with DW, Bazan said the canal will also benefit from an increase in shale gas exports from the United States.

American producers of natural gas are particularly keen to see the waterway expanded as it would accommodate both larger container ships and tankers. They would like to use it to export more fossil fuels to Asia.

The authority views the expansion as a boon for the local economy, as it could encourage investors from around the world to spend more money in the region.

But the local population has its reservations about the benefits of the revamped canal. People are skeptical whether money made off tariffs levied for ships to pass through will trickle down to the poorest citizens, who make up a quarter of Panama's population.

"The canal is good but it has become too important, and revenues from it are not distributed properly," said Franklin Morales, a 28-year-old Panamanian who works at a law firm here.

"We should invest the money in education and in our youth," Morales said.