Palestinian independence plans unlikely to succeed | World | Breaking news and perspectives from around the globe | DW | 26.07.2011

The Palestinian Authority is busy finalizing its strategy for statehood ahead of the UN General Assembly in September. The UN Security Council, meanwhile, is already starting to debate the prospect. 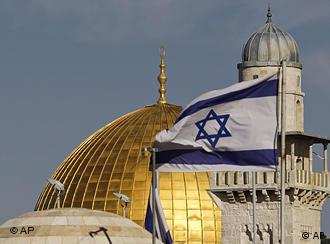 The United Nations Security Council began discussions on the Middle East on Tuesday, including the Palestinian proposal for acceptance as a full UN member. The Palestinians hope to achieve a UN General Assembly resolution in September, recognizing Palestine within the pre-1967 war borders, with East Jerusalem as its capital.

Palestinian envoy to the UN, Riyad Mansour, said the Palestinian Authority would submit a demand to the 193-nation assembly to recognize a Palestinian state.

"Why should the Palestinian people be forced to languish yet another year - or even one more day - under foreign occupation?" said Mansour.

Germany's Minister of State for the Foreign Office, Werner Hoyer, voiced his desire to see a two-state solution. Hoyer said the Middle East had entered a "crucial moment." 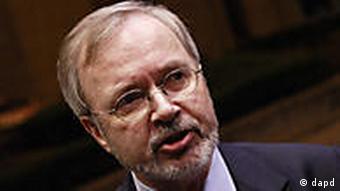 Hoyer said there was an urgent need for progress

"Let me be very clear on this," said Hoyer. "Germany supports the establishment of a Palestinian state. As a matter of course, such a state will become a member of the UN. Progress in this direction is a matter of urgency."

Berlin maintains that any solution should require the support of Israel.

However, a two-state solution in the Middle East appears to some to be impossible. Israel's Prime Minister Benjamin Netanyahu has declared the conflict "insoluble." The debate is not about the territory, he said in a recent interview with Israeli writer Etgar Keret published in the daily Haaretz.

"It is not that you can give up a kilometer more and solve it," Netanyahu said. "The root of the conflict is in an entirely different place." He said there would be "no way" to reach an agreement until Palestinian Authority President Mahmoud Abbas recognized Israel as a Jewish state.

Deputy Foreign Minister Danny Ayalon reinforced this position in an Israeli video circulating on YouTube in which he argues that the West Bank is not occupied, but rather disputed territory.

"From whom did Israel capture the West Bank? From the Palestinians? No," Ayalon said in the video. "In 1967, there was no Arab nation or state by the name of Palestine. Actually, was there ever? Israel's presence in the West Bank is the result of a war of self-defense. The West Bank should not be considered occupied because there was no previous legal sovereign in the area and therefore the real definition should be disputed territory."

But in Ramallah, the Palestinian Authority is sticking to its plans to found a nation based on the borders that existed before the Six Day War began in June 1967. 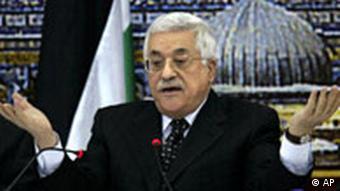 Abbas, who gathered top Palestinians diplomats from around the world in Istanbul over the weekend, said he was interested in resuming talks with Israel. But if this was not possible, the Authority would have to turn to the UN to claim its rights.

Yet many Palestinians are critical toward this stance. They doubt that even international recognition will result in more rights. For Ali Abunimah, founder and executive director of the Palestinian online news publication The Electronic Intifada, going before the UN is little more than an empty gesture that shows that the entire Oslo peace process (first face-to-face agreement in 1993 between Israel and the PLO intended as framework for future negotiations - the ed.) has failed.

"It's meaningless; it doesn't change anything on the ground," said Abunimah, who resides in the United States.

Abunimah said appealing to the UN expressed the Palestinian Authority's desperation after almost 20 years of fruitless negotiations. The international community was also to blame for this standoff. It has to date refrained from demanding from Israel that it abide by international law, most importantly the Fourth Geneva Convention which regulates the duties and rights of an occupying power.

Israel had been violating the Fourth Geneva Convention by confiscating Palestinian land and settling its own citizens there, Abunimah said. Israel had through this policy completely crippled the chances for a two-state solution.

Abunimah said Germany had a particular responsibility to the issue. 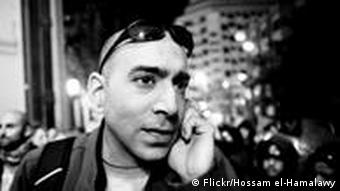 Abunimah wrote "One Country: A Bold Proposal to End the Israeli-Palestinian Impasse"

In Germany, foreign policy is always conducted with particular consideration of Israeli security interests - due to historic reasons. Chancellor Angela Merkel said during a visit by Netanyahu in May that efforts for a two-state solution had to continue and that Germany would not support Palestinian efforts at the UN.

"We do not believe that unilateral steps will help," Merkel said. Foreign Minister Guido Westerwelle also advised Abbas last month against such a move.

"I believe that these would achieve the opposite of what we would like," Westerwelle told Deutsche Welle.

But German opposition circles in parliament have criticized Merkel for taking this position at such an early stage.

"We regret this premature move because it hinders the chance to develop a common European position and also demand peace activities from the Israeli position," Rolf Mützenich, a Middle East expert and foreign policy spokesman of the opposition Social Democrats, told Deutsche Welle.

Europe appears divided in this question. France and also Spain have at least not ruled out the possibility of supporting Palestinian efforts before the UN - though in view of the high Arab population in both countries, domestic motives certainly also play a role here. The UK has not made a decision yet on the issue, while The Netherlands has raised concerns over the matter. 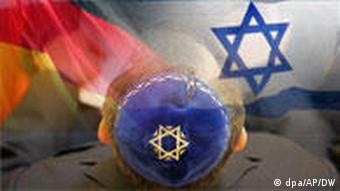 Israel has already threatened to retaliate diplomatically should the Palestinians unilaterally declare their nation. And experts fear that should living conditions for the Palestinians not improve following such a declaration, it could lead to unrest. According to Westerwelle, Germany wants to avoid such a development at all costs.

"We have to be careful that we don't get caught in a dangerous dead end in the Middle East, in a situation with considerable risk of escalation," he said. Therefore, Germany was doing its utmost to help avoid a confrontation in the fall.

The opposition supports this course. But it points to the long lasting deadlock in Middle East peace negotiations.

"We've seen how far the Palestinian side would have been willing to go to meet Israel's maximum demands," Mützenich said. "So I think that this step by the Palestinians is a further measure to apply pressure in order to return at all to real peace negotiations."

Dozens of governments worldwide have said they would back Palestinian efforts before the UN in September, including nearly all of South America, Africa, Eastern Europe and Asia. But there is no support from Washington. Back in May, US President Barack Obama clearly sought to warn the Palestinians off.

"Efforts to delegitimize Israel will end in failure," Obama said during a major foreign policy address. "Symbolic actions to isolate Israel at the United Nations in September won't create an independent state."

However, it is still not clear whether the Palestinians will actually implement their diplomatic plans - and if yes, in what form.

A host of countries have recently recognized Palestine as an independent state. In an interview with Deutsche Welle, the head of the Palestinian delegation to Germany explains why this is a major development. (09.02.2011)

The Palestinian drive toward diplomatic recognition is overrated, Israel’s former ambassador in Berlin and Brussels tells Deutsche Welle. Until things change on the ground a virtual Palestinian state is pure symbolism. (09.02.2011)

Two German ministers traveled to the Palestinian territories on Tuesday, hoping to expand Germany's role in the Israeli-Palestinian peace process and work out the details of economic investment in Gaza. (14.06.2011)

Palestinians are concerned about the consequences of the UN vote (26.07.2011)