Palestine has formally become a member of the International Criminal Court. One of Palestinian leaders' first steps was to authorize the body to investigate possible war crimes committed in Gaza. 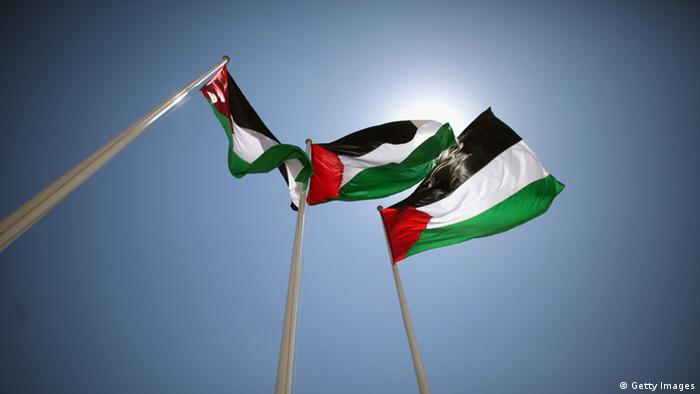 The Palestinian Authority officially became the 123rd member of the International Criminal Court on Wednesday, exactly 90 days after signing the body's founding document, the Rome Statute. In a low-key ceremony marking the high-stakes move in The Hague, Palestine can now call for the ICC to investigate Israelis for alleged war crimes.

Joining the ICC is part of a wider effort on Palestinians' part to put international pressure on Israel after decades of failed negotiations have left it largely without the prospect of achieving statehood.

Despite Israel not being a signatory to the Rome Statute, the ICC could prosecute alleged crimes that took place on Palestinian territory. This would mean, however, that the activities of Hamas militants would also be part of the investigation.

After signing the Rome Statute in January, Palestine accepted the ICC's jurisdiction dating back to the start of the Gaza conflict last June. The Palestinian Authority had already sent the court files pertaining to the Gaza war, following which the court's chief prosecutor, Fatou Bensouda, opened a preliminary investigation.

A spokeswoman for the ICC said there "no timelines" for how long an investigation may take. Some have taken months while others continue years after they started.

Human Rights Watch welcomed the accession of Palestine to the ICC, and emphasized that it is now Bensouda's responsibility to determine if the allegations merit a full-scale investigation.

"The ICC prosecutor examines allegations of serious crimes no matter the perpetrator, and makes her own determinations about how to proceed based on the evidence," the group said.

William R. Pace, convenor of the Coalition for the ICC, which supports and promotes the court's work, said Palestinian membership "gives hope to victims in both Palestine and Israel that they might see justice done and the conflict brought to a peaceful end."

The ICC would find it difficult to arrest Israelis, however, as it does not have its own police force and relies on the cooperation of member states.

Palestinian Foreign Minister Riad Malki was optimistic, however, saying that the world was "a step closer to ending a long era of impunity and injustice."

The US and Israel have boycotted a UN Human Rights Council session on the Palestinian territories. The council is probing a 50-day war in Gaza that killed more than 2,200 people, mostly Palestinian civilians. (23.03.2015)