Attacks against health workers and the willful dissemination of false information are deterring the fight against polio in Pakistan. As the disease spreads unhindered some fear the country may soon face isolation. 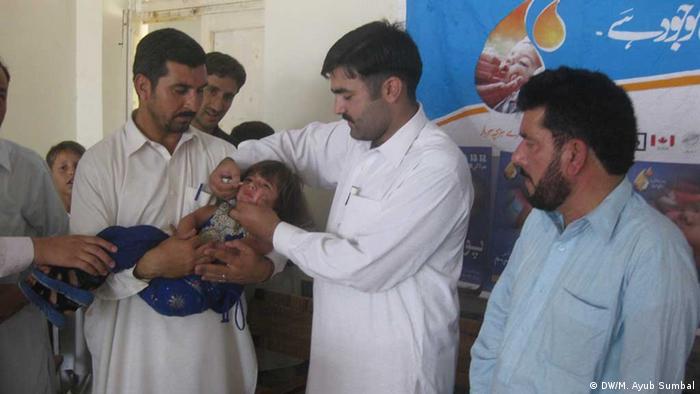 While some countries spend billions of dollars searching for a cure for HIV and cancer, Pakistan is still busy fighting a disease that has been all but eradicated in many countries: polio. A huge global effort to rid the world of this infectious virus - which still kills and paralyzes half a million people every year - has almost been successful. But not so in Pakistan, one of only three countries in the world where polio is still an issue.

While in the rest of the world polio vaccines have reduced the number of polio cases, polio vaccination teams are endangered by al Qaeda extremists in Pakistan, who tell parents it's dangerous for their children to get vaccinated. As a result, hundreds of thousands of children are not being vaccinated, posing the threat of a comeback for the disease.

More than 36,000 parents have refused vaccination for their children this year alone, the majority of them in tribal areas of northwestern Pakistan. Last year, some 260,000 children were not vaccinated against polio, according to government figures.

Medical practitioners believe that polio could quickly become endemic if no strategic measures are taken to control the situation.

Islamist groups are making threats and spreading false information - one of the main reasons children not being vaccinated against polio in Pakistan.

A common myth is that the 2011 operation which killed al Qaeda head Osama bin Laden was covered up as an anti-Hepatitis vaccine campaign, quite similar to the polio campaigns currently running all over the country. Al Qaeda now suspects hidden motives behind all medical campaigns, and spreads disinformation to this effect. 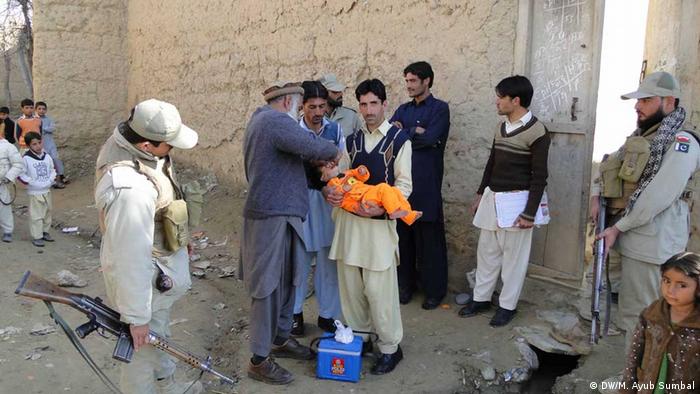 Islamists are thus threatening parents and telling them to not have their children vaccinated - and parents are listening. Many are ill-informed about the effects of the vaccination and consider it un-Islamic.

"People are wary of the polio vaccine in tribal areas," local politician Noor Khan said. "There is a lack of education and awareness of the polio drops among many people, who believe the vaccination is actually harming their children. It will take a lot of effort to change people's minds."

Gul Asgar, a father from the Khyber Province, is one of the people believing the false messages spread by the Taliban. "The polio vaccine is not good for children, it's a conspiracy," he told DW. "Due to the vaccination there are several viruses which are being injected into children."

Providing the polio vaccine to children is dangerous work in areas ruled by the Taliban. Whoever opts for the vaccination faces death threats. And threats to health workers make it impossible for them to access many families.

This year alone, 11 polio health workers were shot in different cities throughout Pakistan. Even security personnel escorting health workers have been targeted on several occasions.

In many rural communities, it is local teachers who act as polio health workers. But they are increasingly scared to participate in the campaigns and not willing to risk their lives for the small extra fee they receive from the government for administering the drops. 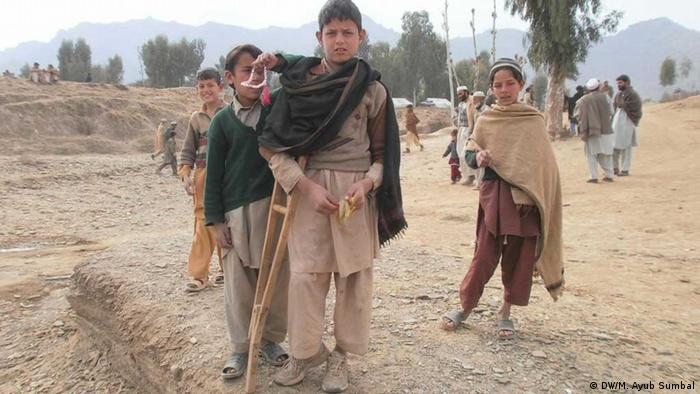 Last year, 260,000 children were not vaccinated against polio - this year so far, 49 new polio cases have been registered in Pakistan

Polio has been spreading to the tribal and rural areas at an alarming level, according to Dr. Irfan Ullah Khan, a local doctor in the town of Bajour. "This disease can not only paralyze children, but it can also affect adults and disable the whole family. To eradicate Polio is a basic and national responsibility of every citizen in our country," he said.

And it's not just that the government's administrative power in the province is at stake - there is also a huge risk that Pakistan would become isolated internationally if travel bans were imposed to reduce the polio transmission risk.

With new infections, Pakistan could be labeled as a state unwilling to help create a polio-free world. This could not only have direct consequences on international financial assistance, but could also damage Pakistan's foreign policy.

But the government is not being very proactive. Earlier this year, the prime minister disbanded the national polio monitoring agency.

The thousands of children who not been vaccinated could now be incubating a new polio epidemic, which could quickly spread to other parts of the country.

Experts say that under the current situation, Pakistan would not be able manage a new polio outbreak - neither financially, nor logistically. As such, the future of the anti-polio campaign remains precarious.

Attacks against health workers in Pakistan are deterring the fight against polio. Still, the government and NGOs are determined to carry on. The UN wants to wipe polio off the face of the Earth by 2015. (07.01.2013)