Polio returns to Syria as health system collapses | World| Breaking news and perspectives from around the globe | DW | 28.10.2013

Aid workers in Syria are calling for comprehensive humanitarian access nationwide as outbreaks of infectious diseases surge. Though eradicated in Syria in the 1990s, 10 cases of polio have now been confirmed. 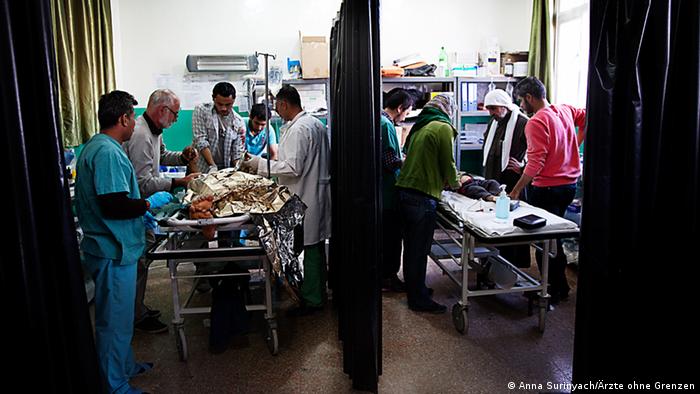 As the World Health Organization awaits further test results from other suspected cases, Oliver Rosenbauer, who works for the WHO section of the Global Polio Eradication Initiative (GPEI), says preparations are underway for an emergency response to suspected cases of polio in Deir al-Zour.

"Everyone is treating this as an outbreak," he told DW, pointing out that the "polio virus has a real knack for finding susceptible, under-immunized children."

Polio is highly infectious, caused by a virus that invades the nervous system and can cause paralysis in just a few hours. It mainly affects children under five and can be lethal.

Rosenbauer says the plan is to implement an immunization campaign in Deir al-Zour before the end of the month and then go nationwide from November, which he admits will be challenging given the lack of access to large parts of the country. 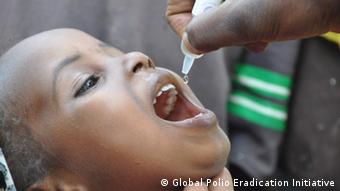 Nigeria is one of three countries where polio is still endemic

Twenty years ago, polio was the leading cause of disability in developing countries, with half a million cases worldwide. In 2012, there were just over 220 cases globally, thanks to a comprehensive immunization drive.

Polio, which, unlike some diseases, can in theory be eradicated, is still endemic in Nigeria, Pakistan and Afghanistan, meaning they are the only three countries who have never managed to interrupt person-to-person spread of the virus.

Recently, there have been outbreaks in Somalia, Kenya and Ethiopia, but in Syria, polio had been eradicated in 1999.

There are 6.8 million people in need of humanitarian assistance within Syria, according to the UN Office for the Coordination of Humanitarian Affairs (OCHA), but large parts of the country are inaccessible for UN and other relief workers.

Roger Hearn, who spent several years in Syria for the UN and is now based in neighboring Jordan as Middle East regional director for Save the Children, says that there is "this assumption that the relief effort is centered around Damascus and that relief can be provided from Damascus across fighting lines to opposition-held areas," which is just not realistic, Hearn said in an interview with DW.

He is calling for the World Health Organization (WHO) and other UN bodies to take a more active role across Syria "both in government and opposition-held areas" to ensure access to all of Syria, similar to the OPCW's chemical weapons inspectors, who are now able to work largely unimpeded in the country. 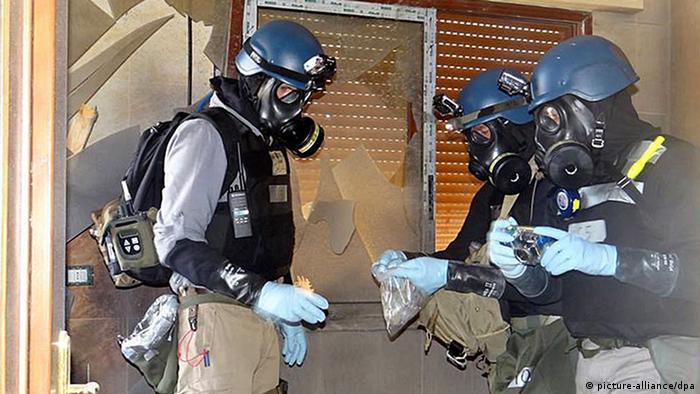 Jens Laerke, spokesman for UN agency OCHA, told DW that "the parties to this conflict must adhere to international human rights law" to allow neutral agencies and NGOs to operate. Nations with "influence" in Syria, he says - without specifying which country - should do more to find a political solution to the conflict.

OCHA as well as Hearn and other relief workers are pinning their hopes on a recent UN Security Council statement that calls on all parties to agree to interrupt fighting along key routes and on the Syrian government to allow cross-border aid deliveries.

It's the first time the UN Security Council has presented a unified position, so the WHO should feel "empowered," Hearn says, to support humanitarian efforts in opposition-held areas.

"Unfortunately, the focus of the international community has overly focused on one small part of what's been killing Syrian children. Being affected by polio, dying of starvation is just as horrific as gassing children. We need the same level of international attention on humanitarian access."

Helen Patterson, medical coordinator for northern Syria for Doctors without Borders, is also concerned. "It seems that people are able to ensure the protection of the chemical weapons inspectors, but if you want to go in as a humanitarian organization, it's too dangerous," she told DW.

'Working under shellings and bombings'

Before the war Syria had a "relatively sophisticated system of health care and water and sanitation infrastructure," she says. 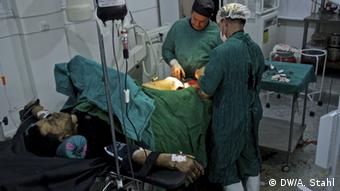 "But the structures that existed have deteriorated to the point where they barely function. They are completely fragmented," she says. "The biggest concern is security, we're working under shellings and bombings and the presence of armed groups, with many areas inaccessible."

The fact that winter is approaching is not helping either, as people's immune systems are already weakened by lack of food and hygiene. Chronic diseases are a huge worry as people "don't have access to basic drugs for high blood pressure, diabetes or heart disease," Patterson says.

"It leaves me stunned that there are people living in siege-like conditions that have been unable to receive any assistance whatsoever but, suddenly, we can have access for chemical weapons inspectors," Hearn told DW.

"Just because we now have some movement on the issue of chemical weapons doesn't mean it's game over in terms of the problems being solved," he added.

Scientists in Africa are in the final stages of trials for a malaria vaccine that's raising hopes of reducing child infections - and deaths - by half. But is 50 percent good enough? (15.10.2013)