Pakistani violence 'not in defense of the prophet'

There have been violent protests in a number of countries over a controversial anti-Islamic film, among them Pakistan. South Asia expert Thomas Bärthlein tells DW what he has experienced in the past few days there. 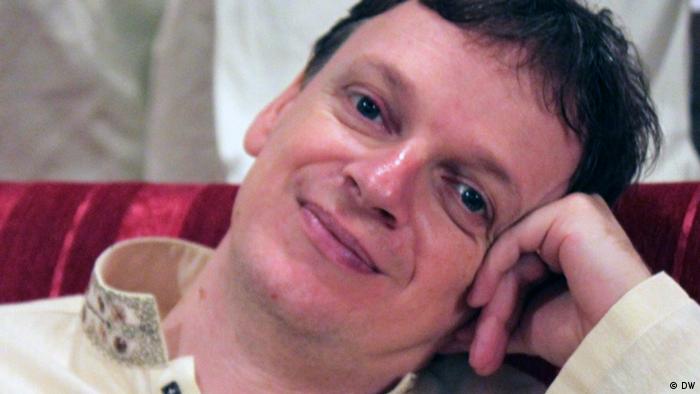 DW: In the past few days, a number of people have been killed in Pakistan in violent protests. How have you experienced the situation there?

Thomas Bärthlein: The situation in Islamabad is calming down now. The last I heard from an eyewitness near the diplomatic enclave was that about 300 demonstrators were throwing stones at police and trying to get into the enclave where the American embassy is situated. But the police have them under control, attacking the demonstrators with tear gas and pushing them back. The rest of the city is very calm. Nobody is going out in the streets. The government had declared a public holiday today and all the shops are closed. It's a bit of an eerie atmosphere in the city.

You have lived in the country for over a year now and you speak the language. What do you say about the climate against Westerners in the country? Has it changed?

I don't feel threatened personally. I got information about a French journalist who was in the middle of all these protests - he was apparently attacked. But I can't confirm that right now. But normally you feel safe in Islamabad. I myself was caught up in one hotel, the Serena Hotel, yesterday for three hours when protesters surrounded the hotel. They apparently tried to enter and the security there told us one of their demands was that they hand over the foreigners - the Americans in the hotel - which, of course, the hotel personnel did not. The hotel fought back against these protesters. After the incident last night, we escaped and lots of people in Pakistan who knew I was in that hotel were very concerned. They called me and asked how I was doing. In general, as a Westerner I am welcome in this country.

Who are the protesters going out on the streets?

They are definitely a small group and they are very well organized. They are mostly young people, like people from the radical student organizations of the Islamist parties which themselves are small parties, but they are well organized and they can call these crowds onto the streets rather quickly.

Apparently, yesterday in the protests in Islamabad there was a big contingent of people from Rawalpindi from the Jamaat-ud-Dawa, one of the well-known extremist or terrorist groups, and the Lashkar-e-Taiba, who are also allegedly responsible for the Mumbai attacks in India. These people are hardcore militants or they are very radical young people who like to let off steam. They've become very destructive over the last two days. They are not getting access to the American consulates or the American embassies; they just destroy about everything that comes their way. They attacked and destroyed little shops in Peshawar today, they destroyed petrol pumps and cinemas in Karachi. They ransacked the chamber of commerce in Peshawar. All of this is not in any way in line with defending the Prophet of Islam. It's just an outlet for them to express frustration and anti-Americanism.

The Pakistani government itself called for protests against the video. But they also said the protests should be peaceful. Do you think it has been a mistake to call for the protests?

It seems like that now. They had an official meeting with the prime minister addressing the gathering this morning protesting against the video that was made in the United States and they tried to call on people to remain peaceful in their protest. I think I can understand their approach to some extent because they didn't want to be sidelined, they didn't want to become targets themselves, as being seen as less Islamic than the radical groups. They also called in the US ambassador for protests today. They wanted to show that they are also upset about this but then also help keep the protests peaceful. Of course, that's very difficult if you don't allow the people to march before the US consulates and the US embassies, which is where they want to go. In the end it's still the police who are being attacked. Most of the people who were killed today were policemen and it's kind of difficult in a way - by declaring a holiday and declaring their support for the protesters' agenda, the government also gave them justification for doing all of this. Overall, I would think this strategy has backfired, it has not been as successful as they wanted.

What kind of long-term consequences to you expect this will have for the United States and Pakistan?

From this particular episode I don't expect any big political fallout because the Americans know there is a lot of anti-Americanism in the country. It is a question of security. I was told yesterday that many diplomats actually left Islamabad and went to Lahore for the weekend. Because clearly they were not fully confident that the diplomatic enclave here in Islamabad, which is heavily guarded and which still seems relatively safe, they did not feel a guarantee that they would be safe within this diplomatic enclave. I think it is possible that for some time to come, if these things don't die down quickly, there will be added security concerns for the embassy but they already have very high security and they will probably continue doing their job otherwise. Because as I said, it is not really new information to them that they are not really popular in Pakistan.

Thomas Bärthlein is an expert on South Asia and currently works in Islamabad, Pakistan.

Pakistani police guarding US, British and French embassies in Islamabad have repelled thousands of demonstrators protesting a widely criticized anti-Islam film. The US has warned its citizens to avoid travel in Pakistan. (20.09.2012)