A court trying Pervez Musharraf has delayed his indictment amid threats on his life. Pakistan’s former president has faced legal problems since returning from self-imposed exile last year to take part in elections. 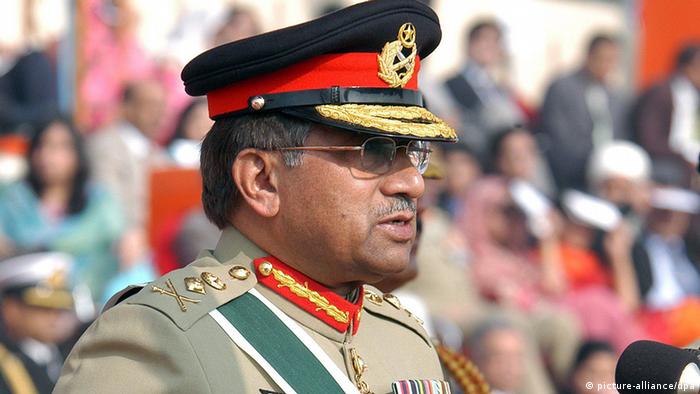 Many had expected the court to indict the former president for treason on Tuesday over his 2007 imposition of emergency rule, but lead judge Faisal Arab exempted him from appearing until Friday after his lawyers presented a letter citing the security threats. The trial has been postponed under circumstances before.

"We exempt him for today's appearance, but he should appear in court by Friday and all required security arrangements in the wake of this threat should be made by Friday," Arab said on Tuesday.

On Tuesday, Arab also had one of Musharraf's lawyers thrown out of the hearing after he appeared to threaten the judge, who heads the three-member panel hearing the case.

Musharraf advocate Rana Ijaz told Arab that gangsters had threatened him for his work on the case, but then added: "I have many supporters and if something happens to me they will take care of you."

Musharraf ruled from Pakistan after taking over in a 1999 coup until stepping down under pressure following elections in 2008, when he left for self-imposed exile. He returned last year to run in elections, but found himself barred from running and dogged by several cases stemming from his rule, including for the murders of and former Prime Minister Benazir Bhutto, a political rival of his. Last month, he became the first former army chief to come before court on treason charges in a case that will test civilian rule over Pakistan's powerful military.

Former Pakistani military ruler Pervez Musharraf has been handed fresh murder charges over the death of a radical cleric in 2007. He already faces seperate murder trials, most notibly relating to an ex-prime minister. (02.09.2013)

Pakistan's ex-military ruler Pervez Musharraf has been formally indicted for the murder of opposition leader Benazir Bhutto. It is the first time he, or any former Pakistani army chief, has been charged with a crime. (20.08.2013)