Pakistan kept bin Laden as prisoner: US journalist | World| Breaking news and perspectives from around the globe | DW | 11.05.2015

Pakistani officials not only knew about Osama bin Laden's location, they also kept him as a prisoner, according to a new exposé by US investigative journalist Seymour M. Hersh. DW examines his claims. 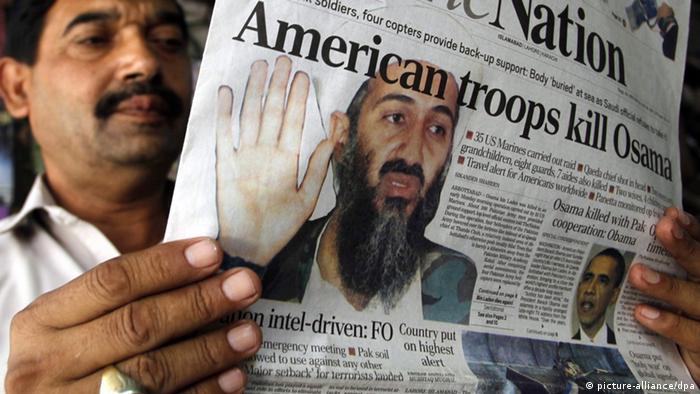 Hersh's report, The Killing of Osama bin Laden, set to appear in the next edition of the London Review of Books on May 21, claims that the Pakistani military's top brass was aware of the US Special Forces operation in the northwestern Pakistani city of Abbottabad in May, 2011, that killed al Qaeda's leader bin Laden.

Islamabad has always maintained that the US acted unilaterally in Abbottabad and that it had no prior knowledge of the al Qaeda leader's whereabouts - something which Washington also officially endorses. Hersh's claims, therefore, could cause not only an embarrassment to Pakistan's security officials but also to the Americans.

According to Hersh, "a retired senior intelligence official who was knowledgeable about the initial intelligence about bin Laden's presence in Abbottabad" revealed most of the information which he used in his write-up.

Observers say that Bin Laden, who was wanted by the US for his role in the September 11, 2001, terrorist attacks, had lived in Afghanistan for five years following the US invasion of the country and the subsequent toppling of the Taliban government. In 2006, Pakistani military intelligence, the ISI "got to him by paying some of the local tribal people to betray him," according to the famed US journalist. 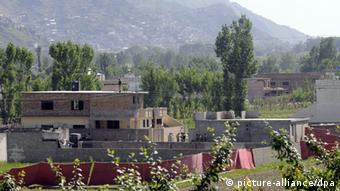 Bin Laden had been hiding in the Abbottabad compound for years

The official US version of bin Laden's death says the American intelligence agencies tracked the al Qaeda leader's compound in Abbottabad by following his couriers. Islamabad doesn't challenge that account.

Hersh, the Pulitzer Prize winning journalist who gained international recognition in 1969 for exposing the My Lai massacre during the Vietnam War, says the official account of the secretive bin Laden raid is hard to believe.

"The White House's story might have been written by Lewis Carroll," Hersh wrote in his exposé:

"… the CIA did not learn of bin Laden's whereabouts by tracking his couriers, as the White House has claimed since May 2011, but from a former senior Pakistani intelligence officer who betrayed the secret in return for much of the $25 million reward offered by the US," he said.

Hersh added that although it was true that US President Barack Obama "did order the raid and the Seal team did carry it out, many other aspects of the administration's account were false."

"The most blatant lie was that Pakistan's two most senior military leaders - General Ashfaq Parvez Kayani, [former] chief of the army staff, and General Ahmed Shuja Pasha, [former] director general of the ISI [Pakistani military's spy agency] - were never informed of the US mission. This remains the White House position despite an array of reports that have raised questions," Hersh said.

DW's Islamabad correspondent, Shakoor Rahim, said on Monday that the Pakistani foreign ministry had yet to respond to the claims made by Hersh. "It is a big story in Pakistan, particularly in the capital Islamabad. It is being discussed in the diplomatic and journalistic circles. Many people agree with Hersh, while some dispute the journalist's credibility."

In his article, Hersh went on to highlight "new pieces of information" about the Abbottabad operation: 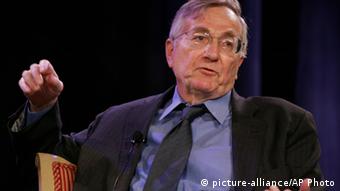 "Bin Laden had been a prisoner of the ISI at the Abbottabad compound since 2006 … Kayani and Pasha knew of the raid in advance and had made sure that the two helicopters delivering the Seals to Abbottabad could cross Pakistani airspace without triggering any alarms ..."

"Many observers agree that there was a level of cooperation between Washington and Islamabad on the bin Laden raid, but Hersh's claims take the matter to another level," Amjad Sharif, a Pakistani journalist, told DW. "It is the first time anyone has said that the Pakistani military was keeping bin Laden as a prisoner all the way along," he added.

It is true that on May 2, 2011, the Pakistani air force and military radar did not raise any alarm; nor did Pakistan attempt to intercept the two US helicopters carrying the Special Forces team when they crossed into the Pakistani territory from Afghanistan.

Hersh said that President Obama, who ordered the Abottabad raid, was not sure whether US forces could carry out the operation without Pakistan's help.

"The only way to accomplish both things, the retired official said, 'was to get the Pakistanis on board,'" Hersh wrote. "The compound was not an armed enclave - no machine guns around because it was under ISI control," he continued. 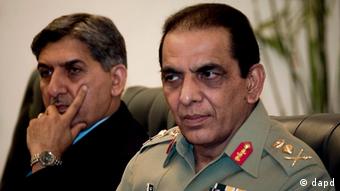 Hersh's account of the mystery shrouding bin Laden's assassination is new in many details; however, a number of Pakistani officials had made similar revelations in the past. For instance, Asad Durrani, a former ISI chief, said in an interview to the Gulf-based Al Jazeera news network in February that it was "probable" that Pakistani intelligence had known where bin Laden was before the raid.

"If you have someone like Osama bin Laden, you are not going to simply hand him over to the United States," he was quoted as saying.

In 2012, leaked material published by WikiLeaks claimed some officials of the Pakistan Army knew that bin Laden was living in Abbottabad.

"It had to be done," one Pakistani with ties to the leadership of the ISI was quoted as saying in Hersh's article. "Not because of personal enrichment, but because all of the American aid programs would be cut off," he added.

Dr. Riaz Ahmed Shaikh, a Karachi-based professor of Sociology, told DW that there could be no doubt that "some retired military officials had an indirect connection with him [bin Laden]."

"Pakistan's first reaction after the Mumbai attacks in India was denial. But now it is pretty much confirmed that the people responsible for the attacks had connections in Pakistan," said Shaikh.

A Pakistani researcher from Balochistan, who spoke with DW on condition of anonymity, said "Pakistan does what it is assigned by the US."

"Pakistan performs the task and the US reimburses the costs of operations and services," added the researcher, who claimed he had received several death threats for speaking out against Pakistani officials.