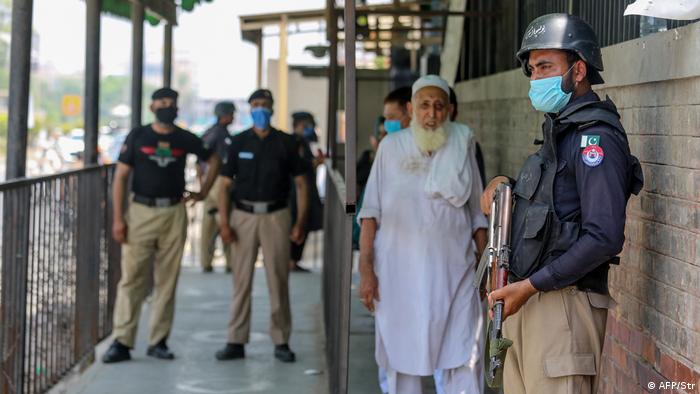 Pakistani authorities have detained a local journalist known to be a vocal critic of the army in Karachi on Friday. This is the latest in a series of arrests and abductions of journalists who have criticized the government.

According to the charges, Bilal Farooqi was involved in spreading hateful content about the country’s army and spreading religious hate.

"Through his (social media) posts, Bilal Farooqi defamed the Pakistan Army and anti-state elements used these posts for their vested interests," said the police report, which added that his online activity also spread religious hatred and incited mutiny against the military.

Farooqi’s mobile phone was confiscated during a search of his house.

Despite Prime Minister Imran Khan asserting that the country has a free media, attacks, abductions and arrests of journalists have become increasingly common, critics say. Last year, at least four people were killed in connection with their reporting.

In July, journalist Matiullah Jan was abductedbefore being released hours later. He has also been critical of Pakistan’s government and military, which has resulted in the use of intimidation tactics against him.

"I personally have experienced 10 years of harassment and intimidation for my critical work as a journalist. None of these incidents were investigated by police," Jan wrote for DW.

Farooqi faces charges linked to Pakistan’s cybercrime law, which covers online criticism of the army, judiciary, religion and the country at large. Vague language is one of the tools used to criminalize even basic online activities.

Increased persecution of journalists and those critical of the government has led to international organizations expressing concern about the state of free speech in the country.

"We have raised our concerns directly with the government and we have urged immediate, concrete steps to ensure the protection of journalists and human rights defenders who have been subjected to threats," UN High Commissioner for Human Rights Michelle Bachelet Jeria said in a statement earlier this week.

Factory worker Asif Pervaiz, who has been in custody since 2013, has been sentenced to death after sending "blasphemous" text messages to his supervisor. The Christian man will appeal the decision of a court in Lahore.

Shaheena Shaheen, a TV host and reporter at state-owned broadcaster Pakistan Television, has been shot dead at her home in the northwestern city of Turbat. Her family hinted that it might be a case of an "honor killing."