Nawaz Sharif has told a massive opposition rally that Pakistan's army chief and the head of the intelligence agency were behind his government's downfall. He also accused them of vote rigging and coercing the judiciary. 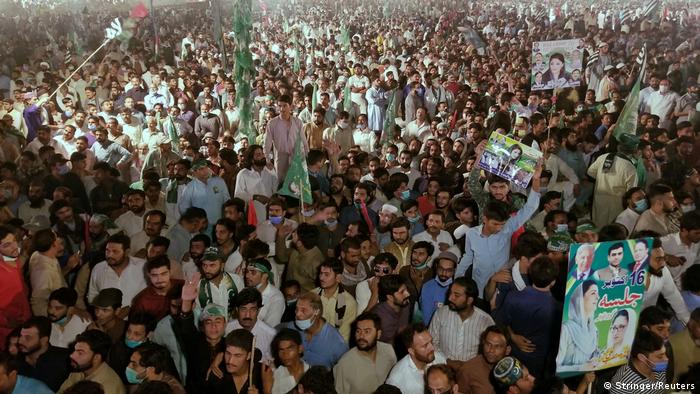 Sharif was addressing a gathering of tens of thousands of workers from Pakistan's opposition parties in the eastern city of Gujranwala via video link from London.

"General Qamar Javed Bajwa, you packed up our government, which was working well, and put the nation and the country at the altar of your wishes," he said.

Read more: Opinion: A clear message to the Pakistani military 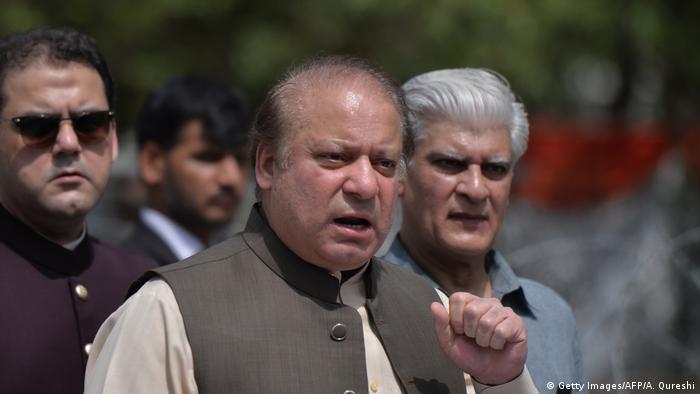 Sharif says military conspired against him

The former prime minister further accused Bajwa and the head of the ISI, Pakistan's intelligence agency, of interfering in political affairs and coercing the judiciary.

"General Bajwa is responsible for rigging the 2018 elections, curbs on the media, abduction of journalists and forcing judges to give decisions of his choice," he added. The government banned local media from covering his address.

Sharif, who has been in London for medical treatment since November, was sacked by the Supreme Court in 2017 on corruption charges. He is also facing sedition charges for accusing the military of interference. Referring to those charges, he told the crowd it was common for "dictators" to label politicians as traitors.

Politicians in Pakistan usually refrain from targeting the powerful military, which has been known to topple governments in the past. The military has denied meddling in politics, but is yet to comment on Sharif's allegations. 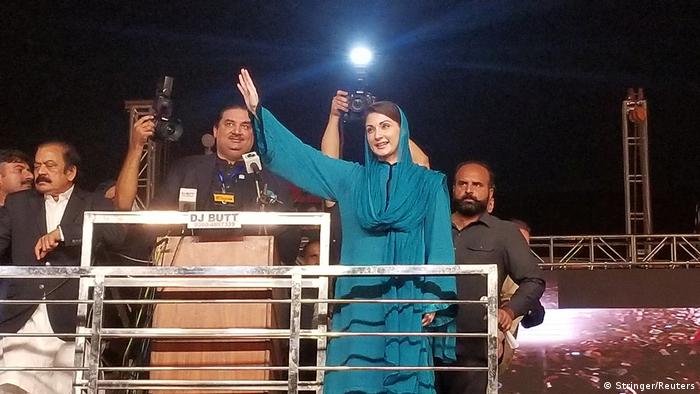 First in a series of rallies

The anti-government rally in Gujranwala is the first in a series of demonstrations planned to increase pressure on Khan, who came to power in 2018 promising to rid Pakistan of corruption. The next rally is set to be held in southeastern Sindh province on Sunday.

The parties plan to end the campaign with a march on Islamabad, the capital, in 2021.

"Today's rally has given its verdict that Imran Khan's time is over now," said Maryam Nawaz, Sharif's daughter and leader of the Pakistan Muslim League-Nawaz, the country's main opposition party.

"The time has come for the puppet government to go," said Bilawal Bhutto Zardari, the head of the Pakistan's People's Party and the son of assassinated former Pakistani prime minister, Benazir Bhutto.

The rally was held in a cricket stadium, where at least 6,000 police officers were deployed for security, a spokesperson for Gujranwala police told German news agency dpa.

The venue was packed beyond its 35,000-person capacity, creating health concerns at a time when Pakistan is seeing a second wave of coronavirus infections. 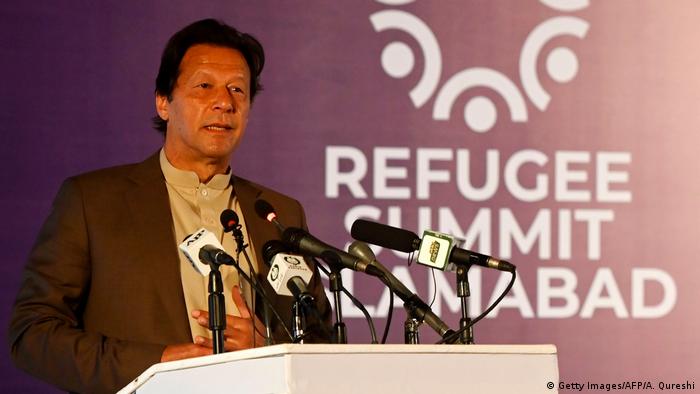 Prime Minister Khan, who denies he had the help of the powerful military to win office, said Friday that he wasn't afraid of the opposition's campaign against him.

He added that the movement aimed to blackmail him to drop corruption cases against opposition leaders.

Under Khan's tenure, Pakistan is facing an economic crisis, double digit inflation and negative growth. The next general election is scheduled for 2023.

Amid civilian-military conflict, does Pakistan need a new social contract?

Pakistan's opposition says the army has too much political power. The army generals say politicians don't deliver on promises. Can Pakistan's politicians and generals sit together and resolve their differences?