The "Islamic State" terrorist group has claimed responsibility for the blast inside a Shiite Muslim mosque as worshippers gathered for Friday prayers. 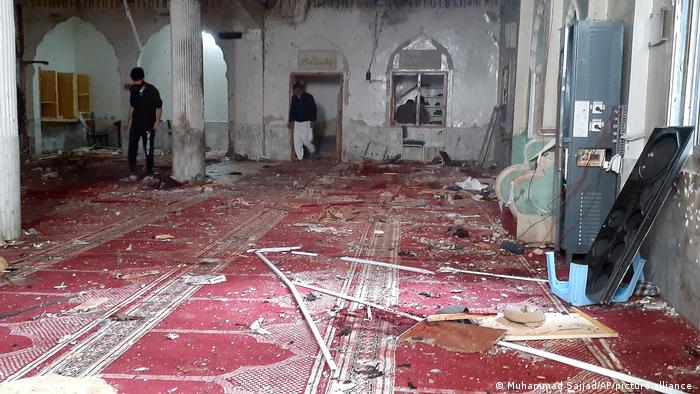 The blast hit the mosque during Friday prayers

Pakistani police said Friday that a powerful explosion has hit a mosque in the northwestern city of Peshawar, killing at least 56 people and wounding dozens more.

Police said the death toll was likely to rise, as many injured were in critical condition. Witnesses said at least 150 people were in the mosque when the blast occurred.

The mosque, one of the three largest Shiite mosques in the city, is a three-story building on a narrow street near Peshawar’s famous Qissa Khwani Bazaar.

The attack started when two armed men fought their way into the mosque compound, with one police guard and one attacker killed, according to Peshawar police chief Muhammed Ejaz Khan. He said the other attacker then reached the mosque's main hall and blew himself up.

Shahzad Khan, who witnessed the attack from outside the building, told DW, "I was coming for Friday prayers when I saw a man in black dress fired at a policeman and then entered inside the mosque, and then I heard a huge blast. There was dust and smoke everywhere; people were running and screaming and the window pieces were scattered all around." 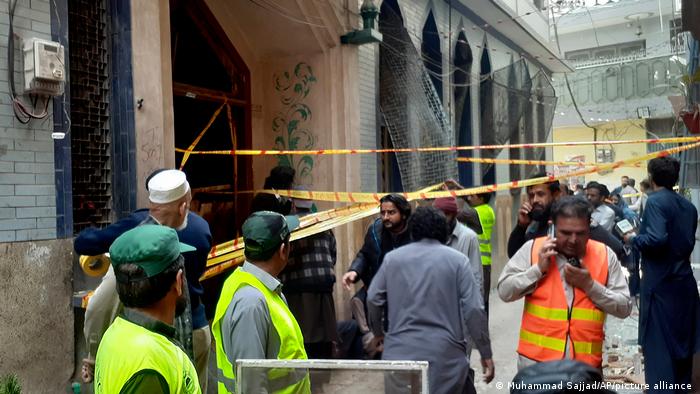 Rescue workers and volunteers have been working to secure the site

The "Islamic State" terrorist group later claimed responsibility for the blast. Minority Shiite Muslims have come under repeated attacks in Pakistan, which is a Sunni-majority country.

The "Islamic State" and a violent Pakistani Taliban offshoot organization have carried out attacks in the region, which is near the border with Afghanistan.

The attack comes as Australia's cricket team, which has not toured the country for more than 20 years owing to security concerns, is playing Pakistan's national team in the city of Rawalpindi.

Additional reporting for this article by  Haroon Janjua, DW correspondent in Islamabad